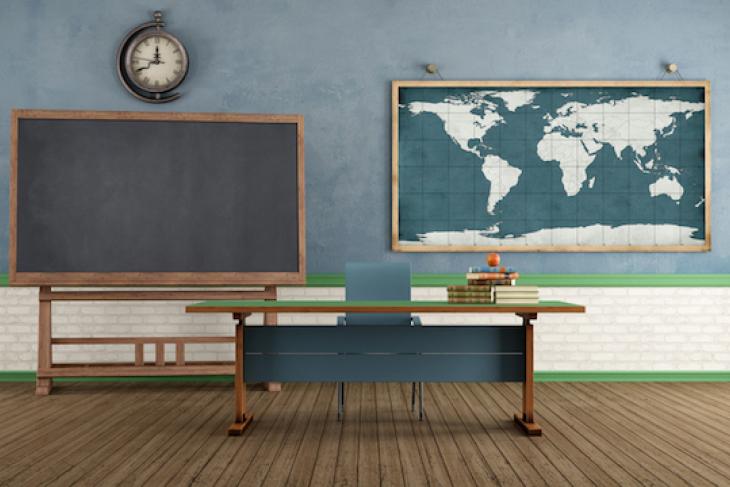 As I document in Fordham’s newest study, Teacher Absenteeism in Charter and Traditional Public Schools, data from the Office for Civil Rights at the Department of Education show that 28.3 percent of teachers in traditional public schools miss eleven or more days of school for illness or personal reasons. In contrast, the corresponding figure for teachers in charter schools is 10.3 percent.

While OCR describes these teachers as “frequently” absent, the report uses the term “chronically” absent, consistent with much of the initial coverage of these data. But regardless of your preferred adverb, research shows that teacher absenteeism matters: Specifically, a ten-day increase in teacher absenteeism is associated with the loss of about six to ten days of learning in English language arts and about fifteen to twenty-five days of learning in math. In other words, kids learn almost nothing—and possibly less than nothing—when their teacher of record isn’t there.

To put those numbers in perspective, imagine a hypothetical high school with 1,000 students and fifty full-time teachers. Based on the national average, we would expect about thirteen of those teachers to be chronically absent each year, meaning that between them they would miss at least 143 days of school. And on each of those days, each of those teachers would likely have taught about four to five classes with a total of perhaps 100 kids in them. So over the course of a single year at our hypothetical school, we would expect there to be at least 14,300 instances in which a student went to class but his or her teacher did not. (And that’s ignoring the impact of whatever absences were accumulated by the thirty-seven teachers who weren’t chronically absent.)

Now for the really eye-opening math: There are roughly 100,000 public schools in the United States, with over 3 million public school teachers and at least 50 million students. So every year, at least 800,000 teachers in the U.S. are chronically absent, meaning they miss about 9 million days of school between them, resulting in roughly 1 billion instances in which a kid comes to class to find that his or her time is, more often than not, being wasted (or if you prefer, about a billion hours of wasted class time, since students in the early grades don’t have “periods”).

Again, that number only reflects the impact of chronically absent teachers. When all teacher absences are included, the number of wasted periods is more like 2.5 billion. Even Will Shortz might blanch at the prospect of that many crossword puzzles. But, of course, the sheer scale of the problem also means that even a partial solution would yield enormous benefits for students.

So what can we do? More specifically, how can we encourage better attendance without making teaching—which is necessarily a bit exhausting when done right—unreasonably demanding?

In my view, policymakers should take at least five steps:

As the report documents, the teacher chronic absenteeism gap is particularly striking in the fourteen states where districts—but not charters—are required to bargain collectively. And nationally teachers in charters that are legally bound to their local collective bargaining agreement (CBA) are about twice as likely to be chronically absent as those in other charters. So moving forward, the simplest way to improve teacher attendance is to just let charters be charters.

2. Reduce the number of paid sick and/or personal days teachers are guaranteed

Data from the National Council on Teacher Quality show that the average CBA entitles teachers to nearly thirteen days of paid sick and/or personal leave per 180-day school year (or the equivalent of sixteen days over the typical professional’s 225-day work year). Moreover, there is a clear link between the amount of paid leave teachers get and their odds of being chronically absent. So if we want to reduce those odds, we need to give teachers less paid leave.

Reasonable people may part ways over exactly how many sick and/or personal days teachers should get. But in my view, anything above ten days is unreasonable (and if I had my druthers, the actual number would be more like eight). To state what should be obvious but doesn’t seem to be: When it comes to attendance, we should probably hold teachers to a higher standard than we hold at-risk teens. And two weeks is a lot of time off, when it comes in addition to winter and spring break, summer vacation, and assorted public holidays.

3. Give teachers maternity leave and disability insurance instead of letting them “carry over” their unused sick days from one year to the next.

Currently, at least thirty states and the District of Columbia allow teachers to “carry over” their unused sick days over, often with no cap on the total number of days they can accumulate. And since most teachers are entitled to ten to fifteen sick days per year, those unused days can add up quickly. (For example, Washington limits teachers to 180 days of accumulated leave, raising the question of whether teachers really need so many days if they are going unused.)

Obviously, some teachers have perfectly legitimate reasons for missing extended time; yet the teachers for whom this need is most obvious are oddly ill-served by existing leave policies. For example, few teachers are entitled to maternity leave, so many are forced to save up their sick days for that purpose. And of course there is no guarantee that teachers who become seriously ill will be adequately protected by carry-over policies, especially if they are relatively new to teaching.

This is all kind of silly. After all, the case for providing bona fide maternity leave is overwhelming—not just for teachers, but for female employees in every occupation. And if the goal is to protect teachers from potential tragedy, then some sort of disability insurance is a better option. Instead of allowing teachers to accumulate an absurd number of sick days, we should provide generous but targeted relief to those who truly need it. And while we’re at it, we should allow teachers to “sell back” their unused sick days at the end of the year (rather than when they retire, as most states do) so they don’t have an incentive to use them before they disappear.

Even the most qualified and competent sub faces more challenges than a full-time teacher, so it’s hardly surprising that students don’t seem to learn much when their regular teacher is absent. Yet this is only part of the story: Amazingly, research suggests that less than half of short-term absences are covered by a substitute, even when administrators are notified of the absence well in advance. Consequently, at least some of the negative effects of teacher absenteeism may be attributable to negative “spillover” in other classrooms. In particular, when no short-term sub is available, other full-time teachers may be asked to provide cover, often during their only planning period of the day.

To see why this matters, imagine a school day with five periods: If no sub is hired, as many as four teachers could theoretically lose their planning periods because of one teacher’s absence. And since each of those teachers has multiple classes, in addition to the five classes that are directly affected by that teacher’s absence, another dozen or so could be indirectly affected. As this hypothetical makes clear, hiring a sub makes a lot of sense (even if it marginally increases the risk of moral hazard for teachers contemplating a mental health day).

5. Include teacher chronic absenteeism as a non-academic indicator of school quality.

Despite some encouraging progress on other fronts, there is one big disappointment when it comes to states’ recent and forthcoming ESSA plans—namely, the uninspiring array of “non-academic” indicators of school quality that states have adopted. Of the seventeen states that submitted their ESSA plans to the U.S. Department of Education last May, for example, fifteen said they plan to use student chronic absenteeism and/or attendance as an indicator of school quality, and a number are using it as their only “nonacademic” indicator. (As the reader may know, the rest of these plans are being submitted right now, but so far the patterns look pretty similar.)

To be fair, student attendance was one of several “school quality” indicators that Mike Petrilli and I included on our list of recommended indicators last fall. And to be clear, it’s certainly worth trying, given the strong relationship between student absenteeism and various outcomes of interest.

Still, it’s worth noting that there are at least two potential problems with using student attendance and/or chronic absenteeism as an indicator: First, it’s highly correlated with student demographics, so if states fail to control for these (and there’s little indication that they plan to), it will be biased against poor schools. And, second, it creates an unfortunate incentive for principals and teachers to fudge the numbers (though the extent to which they will actually do so remains to be seen).