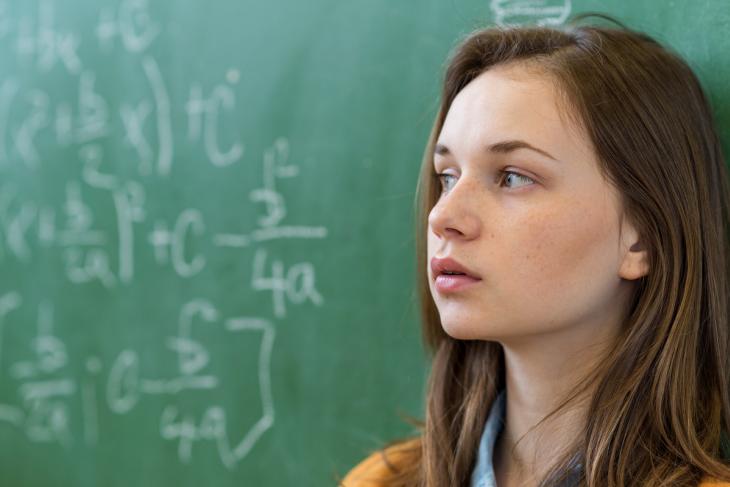 The Institute for Educational Advancement recently completed an elaborate survey of public views toward many aspects of the education of gifted children and the results are enlightening, sobering—and complicated. Authored by Institute president Betsy Jones and Institute fellow Shelagh Gallagher, the report is aimed partly at advocates within the field of gifted-and-talented education, as a substantial portion of it is devoted to “market testing” various terms and phrases to determine which resonate best with which audiences and constituencies as well as the type of “messaging” that seems most effective in building public support for programs of this sort. (The rather surprising winner: “Money for prisons, not for gifted.”)

Broadly speaking, Americans are supportive of gifted education, would like to see it better resourced, would like to see teachers better prepared to do it well, and understand the importance of democratizing it by ensuring that more poor and minority youngsters get identified as gifted and given additional education services. That doesn’t mean sweeping everyone in, however, as three-quarters of respondents believe that giftedness is “rare”—but two-thirds believe that gifted students need special programs, not that they’ll do fine anyway because they’re smart.

Note, however, that Americans tend to think that just about every discernible group or category deserves special programs and services—and that just about every aspect of education needs more resources, greater equity, better teachers, etc. What’s most sobering in the new survey is the revelation that most people think gifted education is already in pretty good shape: 56 percent of respondents give public schools an honors grade for addressing the needs of gifted students—and just 15 percent give D’s or F’s. This is in sharp contrast with American’s view of public education generally, which—as we learn from this survey as well as endless Kappan and Education Next surveys—is quite bleak.

Which is to say that, notwithstanding the impulse to direct additional resources into gifted education and to encompass a wider range of kids within it, there’s widespread complacency about the enterprise in its present form.

Which may have something to do with its formlessness. Gifted education in the U.S. has two abiding problems. One is how to define and identify “gifted” students—every state with a definition or mandate has a different one, ranging from exceptionally high scores on some test to a version of “everyone is gifted in some way.” The other quandary is what, exactly, to do for those who get identified, i.e., how to “serve” them, with the dizzying array of current offerings ringing from a bit of after-school supplementation to entirely separate schools. In short, there’s no agreement on who’s gifted, what exactly “gifted education” is, or how it should be done.

The IEA survey tested three specific examples and found general support for two: acceleration of gifted students, “whether by grade skipping, ability grouping or through other means…rather than remaining in a lock-stepped, age-based grade progression,” and “creating a quality online school for gifted” students, whatever exactly that might mean. What did not get majority support is “creating a quality separate school for gifted” pupils, i.e., “exam schools” and suchlike. That one drew more strong supporters than strong opponents (16 percent versus 11) but narrowly missed overall majority support.

Acceleration, yes. Tracking, okay. Online learning, fine. Resources, teachers, and equitable identification, sure. But completely separate schools, not so much.

Unstated in this report, and apparently unasked in the survey, is the problem of leadership in the realm of gifted education. Just about every other element, faction and interest group within American K–12 education musters large, strongly-led, and well-funded advocacy organizations—often membership-based, often supported by philanthropy—that agitate, advocate, hire lobbyists, contribute to election campaigns, and generally make noise on behalf of their cause and in opposition to laws, regulations, policies, and practices that they believe would harm it. Most also have champions and defenders occupying elective offices, usually at both state and national levels.

Gifted education, by comparison, is limp, struggling, and low visibility. (In my experience, its weakness in advocacy is matched only by education research!) It has few influential champions, save for a handful of superintendents and local board members. Its lobbying efforts are rarely more than a single part-time spokesperson trying to buttonhole people in the statehouse. It is all but ignored by philanthropy (with a couple of honorable exceptions such as the Jack Kent Cooke and Lynde & Harry Bradley Foundations). And its membership organizations are small, low-budget, thinly-staffed outfits that do little more than newsletters and annual meetings for their own members. The biggest of them, the National Association for Gifted Children, has suffered from leadership turnover.

Formless. Leaderless. Those aren’t problems that any survey can solve or really even do much to illuminate. But they’re clear and present problems for gifted education. Still and all, there’s much of value in this survey, and IEA deserves kudos for conducting it and sharing its revelations.