Predictions and predilections for a new ESEA 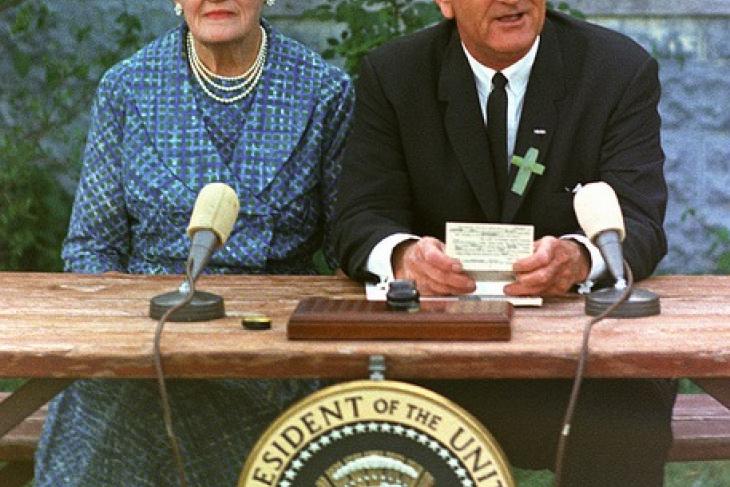 If you stop and listen, you can hear it: The country yearning, praying, hoping for some sign that our political leaders can get their acts together and get something done, something constructive that will solve real problems and move the country forward again. In 2001, in the wake of 9/11, that something was the No Child Left Behind Act, which was the umpteenth renewal of the Elementary and Secondary Education Act (ESEA). A reauthorization of the ESEA (on its fiftieth anniversary no less) could play the same role again: showing America that bipartisan governance is possible, even in Washington.

Thankfully, both incoming chairmen of the relevant Senate and House committees—Lamar Alexander and John Kline—have indicated that passing an ESEA reauthorization is job number one. And friends in the Obama administration tell me that Secretary Duncan is ready to roll up his sleeves and get to work on something the president could sign. So far, so good.

So what should a new ESEA entail? And could it both pass Congress and be signed by President Obama? Let me take a crack at something that could.

First, let’s set the context. For at least six years, we at the Fordham Institute have talked about “reform realism” in the context of federal education policy—recommending that Washington’s posture should be reform-minded, but also realistic about what can be accomplished from the shores of the Potomac (and cognizant of how easy it is for good intentions to go awry). While Secretary Duncan gave early, encouraging indications that he supported such an approach, in recent years, regrettably, his department has moved ahead with an aggressive, constitutionally questionable policy of conditional waivers, leading to a fierce backlash against federal overreach. (Of course, his actions and statements on Common Core haven’t helped, either.)

So it’s even more important than it was six years ago, both politically and substantively, that a reauthorized ESEA pay heed to the “realism” part of reform realism. Put another way, no ESEA will be supported by the next Congress—at least by its Republican majority—unless it shortens Uncle Sam’s leash. If you don’t believe that the federal role should be smaller than it is today, then you can’t claim to be serious about wanting ESEA to be reauthorized. Not in the 114th Congress.

That doesn’t mean that Washington must foreswear reform. To devolve everything to the states would be much like saying, “Here’s fifteen billion dollars in Title I money a year—do whatever you want with it.” The federal government may be a minority investor, but it still has a duty to demand something constructive in return. (Call it accountability for the taxpayer’s dollar.)

The challenge, then, is to find the right spot on the continuum between today’s coercive, micromanaging federal role and “leaving the money on the stump”—a spot that is realistic about Washington’s proper role (and capacity) in the education cosmos, but that still nudges the system in a reform direction.

The elements of a new ESEA

In my view, that means a big focus on transparency, both around student achievement (disaggregated every which way) and around spending (at the school level). And that’s it.

In particular, it would mean:

Everything else will be left on the cutting room floor—specific requirements about interventions in failing schools; mandates around teacher evaluations or “highly qualified teachers”; competitive grant programs a la Race to the Top. This new ESEA will be lean and clean.

I could picture such a bill passing both chambers of Congress, probably with a fair number of Democrats voting aye. And if the president wants to disentangle the education reform movement from today’s vitriolic debates over the federal role, he would be smart to sign it.

Will that actually happen? Who knows? But it sure would be a great way to celebrate the fiftieth birthday of the ESEA.