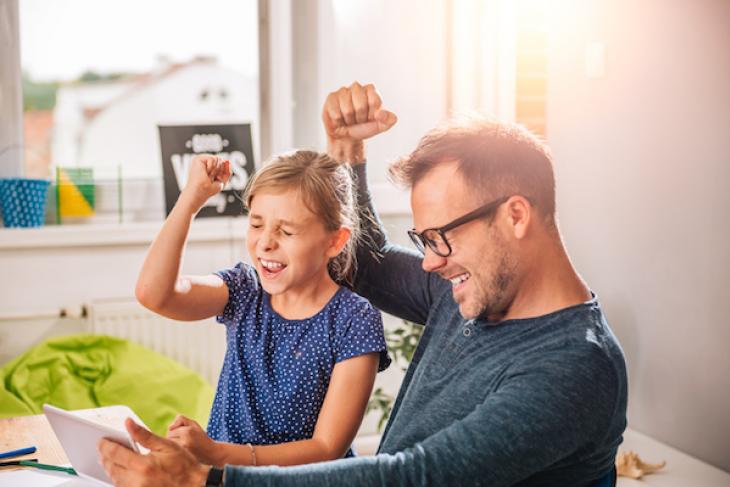 Editor’s note: This is an excerpt from “Is School Choice Enough?,” the lead article in the fall issue of National Affairs.

As with so many issues—from trade and immigration to Russia and taxes—the Trump presidency has exposed a schism within the conservative movement when it comes to education policy. While expanding parental choice is a paramount objective on the right, a key question is whether choice alone is enough, or if results-based accountability ought to be sustained and strengthened, too. How this question is resolved will have wide-ranging consequences—for education reform in general and for the design of school-choice initiatives in particular.

Though it’s easy to lump conservative school-choice advocates into a single category, there are some major disagreements between those who argue for school choice alone and those who wish to combine it with other reform strategies. The first and perhaps the most fundamental of these disagreements can be reduced to one question: Is parental satisfaction enough?

To better understand this question, a simple thought experiment is clarifying: Imagine that conservatives are wildly successful in expanding school choice. Every parent in America, however poor or rich, gains access to several educational options, including religious schools. In a thriving marketplace, these schools compete to attract market share, innovate in ways currently unimaginable, and provide unprecedented levels of customer satisfaction. School choice turns out to be everything conservatives promised it would be.

But what if, with all of that, America’s international rankings in reading, math, and science are still mediocre, or even decline? What if almost 20 percent of our young people still drop out of high school, well over half of those who graduate are still ill-prepared for college-level work, and half of all college matriculants still leave without a degree or credential? What if upward mobility for poor students remains stuck at low levels, and intergenerational poverty remains widespread? Could we really declare victory?

To be sure, plenty of choice advocates contend that it will indeed boost outcomes for students—both those who participate in choice initiatives and those who remain in traditional public schools. But what if that doesn’t happen? Are we really content with customer satisfaction as the measure of our efforts?

If parental satisfaction is all we're after, it shouldn’t be terribly hard to achieve. Polls find that most parents are already happy with their schools. The most recent survey by Education Next, for instance, finds that 62 percent of parents would give their own kid’s present school a grade of A or B.

Yet a closer examination of America’s educational outcomes indicates that our schools are mediocre almost across the board. The math and science skills of our affluent students are middling compared to affluent students in other countries; our children of college graduates do so-so compared to the children of college graduates elsewhere. Everyone talks about the achievement gap in America—between rich and poor students, or white, black, and Latino kids. But there’s another gap, between the lofty perceptions Americans have of their own children’s schools and the objective truth, at least as measured by results.

Why so many parents, including affluent and well-educated ones, are satisfied with schools that provide mediocre outcomes is something of a mystery. Perhaps they want to believe their kids’ schools are better than they actually are to avoid feeling guilty about paying for that kitchen renovation or new SUV instead of private-school tuition. Or perhaps they appreciate other forms of educational excellence—strong sports programs, caring teachers, or engaging extracurricular activities—that don’t necessarily translate into improved test scores, higher graduation rates, and college success. As Jason Bedrick recently wrote, “Parents are interested in more than scores. Parents consider a school’s course offerings, teacher skills, school discipline, safety, student respect for teachers, the inculcation of moral values and religious traditions, class size, teacher-parent relations, college acceptance rates, and more.”

So maybe parents don’t prioritize measurable learning outcomes. But conservatives—indeed all policymakers—should prioritize them. It may be a cliché to say that “children are the future,” but plenty of empirical evidence demonstrates that a well-educated citizenry is more likely to be wealthy and upwardly mobile. Studies by Hoover economist Eric Hanushek, for instance, demonstrate a strong relationship between the cognitive ability of a nation’s population and economic growth. He and his colleagues have estimated that bringing all states’ performance up to the level of Minnesota and other top-performing states would result in an average increase of 9 percent in GDP over the next eight decades, creating trillions of dollars and easily solving America's coming fiscal challenges.

School quality also has an impact on upward mobility. When Raj Chetty and his colleagues examined the likelihood that individuals growing up in poverty would make it to the middle class or beyond, the quality of area schools was one key factor. But what denoted quality wasn’t spending or class size, but test scores.

New studies by Hanushek and his colleagues might explain why. In the United States, the economic “return to skills”—the benefit to individuals in terms of higher pay based on what they know or can do—is higher than in most other advanced nations. Because of our freer economy and lighter labor-market regulations, education really is what helps people get ahead. Assuming that conservatives don’t want to embrace European-style economic models, developing high-level skills is essential for our children. At this point, it should be clear to everyone that Americans with low skill levels are at grave risk of being left behind.

Finally, great schools can even have an impact on family formation. A random-assignment study of career academies by MDRC found that young men who went through high-quality career and technical programs in high school were more likely later to be married and to have custody of their children.

If we care about economic growth, upward mobility, and strong families, we should make improving America’s educational outcomes a priority. Education is both a private good and a public good, and a society has a legitimate interest in the education of its next generation—the more so when public dollars pay for it. Parental satisfaction is an important objective, but far from the only one.