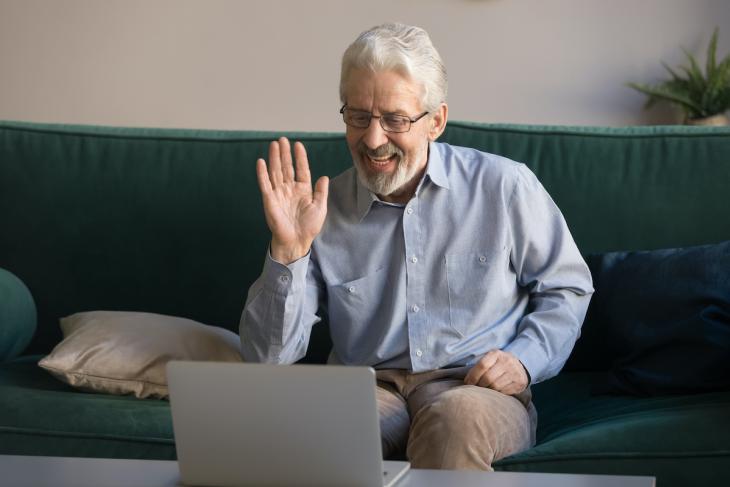 Ours isn’t nearly as sophisticated or elaborate as the “Grandparents’ Academy” that Jake Halpern described in the New York Times, but after ten days of experimenting with it, I’ve had fun, my grandchildren have taken it seriously and worked at it, and we’ve all learned a thing or two.

I’m the happy “Papa” of a fourth grader and sixth grader. For privacy reasons, let’s call them Eleanor and Abigail. Because they live nearby, during normal times we see each other often. One of my occasional grandparent duties is to drop off or pick up at the good school they attend—and we often engage in those slightly frustrating conversations about “what did you learn today?” But in these extraordinary times there’s no school—mandatory shutdowns all over the D.C. area—and spring break also arrived. Hence their school won’t be geared up for on-line instruction until after. (It has announced ambitious plans but of course only time will reveal how well it works.)

The girls’ parents work hard—one mostly at home, the other at an “essential” laboratory—and I’m working, too, in my way, but stuck at home and almost entirely the master of my own time. So it made sense to offer to try to do something online with the kids. Like many of their generation, they’re veteran tech users so there was never a question of them adapting to the “virtual” setting. It’s a lot newer to me, but a kindly (and tech-savvy) Fordham colleague came by in person—socially distanced, of course—to get me up and running on Zoom (which we’re now using for all sorts of Fordham- and Hoover-related meetings and conversations, so I already needed it.)

Papa school doesn’t have anything akin to systematic curriculum, but here’s how it works. E and A take turns—one each day—choosing an educational video or two, sometimes (but not necessarily) drawn from the excellent compilation on the Fordham website. I insist that it run at least twenty minutes, and if there’s more than one, they have to be connected. But today’s doesn’t have to connect to what we worked on yesterday or may turn to tomorrow, which has led us to roam through topics as diverse as Gandhi, Mesopotamia, Hitler, and the Renaissance. It’s mostly been history and biography, not science, art, or literature, but if the kids’ school doesn’t satisfactorily fill the void in coming weeks, who knows what we may investigate.

Once the next day’s video (or two) has been selected by one of the girls, it’s my job to view it and write up some questions for discussion, which I send to the kids. (Recent examples: “What’s at least one reason that Mesopotamian society was not fair and equal, and what is some evidence that it wasn’t?” “What are three examples of things that Gandhi deprived himself of from time to time (or always), and why did he do that? Please include a discussion of fasting.”)

The kids are supposed to be ready—each of them separately—with answers to my eight or ten questions du jour, which they can glean from the videos and additional online research wherever and however they like. Hence I try to send the questions by the end of the day before our discussion. I encourage them to write out their answers and be ready to present them but it’s also fine to have notes to speak from.

When the moment arrives, I’m sitting at my desk in our condo. The girls have been seating themselves in separate places at their house, each on her own device—so it’s a three-way Zoom. I haven’t yet learned how to initiate a Zoom session, so their Mom sends an online invite to all of us. After some throat-clearing, pleasantries, and teasing, we get going. The basic plan is for each of them to answer every question, and I try to alternate who goes first, though I often lose track—and if one isn’t quite prepared for a question, the other may step in, after which I’m certain to lose track.

They’ve done well at preparing for these—I must remember to ask how long it takes—though not everybody has been thorough about every question. While we’re conversing, innumerable distractions present themselves, from noisy snacks (potato chips!), to tech glitches, to friends interrupting with text messages. Occasionally my phone rings (invariably a stupid robo call). Out of my sight, the kids multi-task with each other, too, teasing and texting and occasionally helping with a clue. Sibling rivalry has been known to rear its head. But their own tech prowess has also produced some neat effects: apt backdrops, little videos that run as part of their answers, notes or excerpts that I can see on screen, even real-time drawings they create to illustrate some point they’re making that I’m not grasping. I can’t do any of that myself; I just stare into the webcam atop my screen and try to maintain rough order in our “virtual classroom.” But of course I’m also their “Papa,” so teasing and family stuff also crop up. They take me seriously—but know how to pull my chain, too.

It’s been gratifying and fun. Because I’ve taught, I do OK at devising questions that are worth answering but also roughly age appropriate and that often ask for examples or evidence from the video material, not just an opinion. Because the girls have ample technology and know-how to operate it, we don’t have a hardware problem. It has provided a focal point in my day and in theirs and has given us all something to do together—but safely apart—that’s a little challenging and from which we’re all learning.

Now I have to stop writing this so I can view the videos that Eleanor selected for tomorrow’s session—and then come up with some questions for discussion.