A painful ESSA setback in Maryland 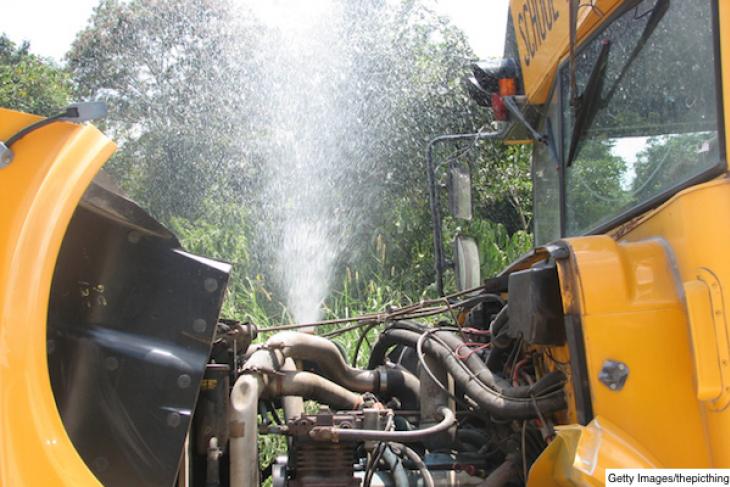 Editor’s note: In addition to his roles at Fordham, the author is Vice President of the Maryland State Board of Education. The views expressed here, however, are his alone.

Maryland prides itself on having high-performing public schools, but the truth is that its primary-secondary education system is failing to prepare far too many children for what follows. On the most recent (2015) National Assessment of Educational Progress, for example, barely one third of the state’s eighth graders were “proficient” or “advanced” in either math or reading. Among African-American youngsters, that key benchmark was reached by fewer than one in five.

Yet lawmakers are on the verge of undermining the best chance the state has had in ages to do something forceful about the schools that have allowed this sad situation to endure. They’re about to prevent the State Board of Education from installing a new school-accountability system that prioritizes pupil achievement and student success, as well as true transparency by which parents can easily tell whether their child’s school is succeeding or failing. Instead, House Bill 978 and Senate Bill 871, now speeding toward enactment, sharply limit the extent to which learning counts, restrict the use of achievement data, forbid the state from “grading” its schools (or intervening in dreadful ones), and give top billing to measures of teacher satisfaction, class size, adult credentials, and other inputs that are dear to the hearts of teacher unions but have woefully little to do with classroom effectiveness. The General Assembly has already killed Governor Hogan’s proposed expansion of the state’s cramped charter school program and is threatening to shrink its tiny voucher program, thereby ensuring that kids stuck in district-run dropout factories won’t have any alternatives. Maryland districts are also famously allergic to public-school choice, save for the occasional magnet.

Supported by the Maryland Department of Education team, the Board has done its utmost over the past year to maximize the benefit to children, parents, and taxpayers in the Old Line State that is newly possible under the federal Every Child Succeeds Act (ESSA), which requires states to have standards, to test, and to develop a school-accountability system, but gives them much wider leeway to customize these as state education officials see fit, including what measures to use (in addition to test scores and dropout rates) and what to do about persistently failing schools. I was all for ESSA’s devolution of such authority back to the fifty states, but am now living with a vivid, painful example of how federalism can be used to advance adult interests at the expense of students’.

States don’t have total freedom under ESSA, which retains a number of requirements. It demands, for example, that the indicators of academic performance that are used to judge a school must carry “much greater weight” than gauges of “school quality” such as attendance and discipline. But how to interpret “much greater”? It appears that most states are hinging 70 to 90 percent of the school ratings in their accountability systems on academic indicators and 30 percent or less—sometimes as little as 10—on other kinds of data. Our State Board recently determined that 70-30 would be a reasonable allocation for elementary and middle schools, 80-20 for high schools—which enabled us to give substantial weight to graduates’ actual readiness for success in college and careers.

The pending legislation, however, restricts the academic portion to 55 percent, a ratio that may be rejected by the federal Education Department for not honoring the “much greater” requirement and that, if accepted, will likely place Maryland near the bottom in terms of states’ seriousness about student learning.

The same bills will bar the use of a simple A through F grading scale for school performance and block the state’s ability to intervene in even the most persistently disastrous schools. (The state’s sole remaining role will be to “identify” such schools and “collaborate” with districts in planning possible remedies.) Nor can any remedies for such schools interfere with extant union contracts. Instead, the very districts that negotiated those contracts and let their schools decay retain almost exclusive authority over what—if anything—to do about them. The fact that non-wealthy Maryland families have essentially no alternatives to the schools they’re stuck in only worsens the pain.

The Board and Department have bent over backwards for more than a year to engage every conceivable “stakeholder” group in the state in developing the ESSA accountability plan. The General Assembly concocted the pending bills with no input except from education-establishment lobbyists—who are now gloating about their clout. As board president Andy Smarick, State Superintendent Karen Salmon, and I tried (without success) the other day to persuade a key Senate subcommittee—chaired by a longtime teacher union official—to limit the worst damage that these measures will do to the state’s ESSA plan, we observed the union’s lobbyists prevailing on every single material issue. (Had the subject matter been less serious, we could have been amused by the sight of union leaders lobbying their own veteran colleague.)

As a board, we’re charged with looking after the interests of Maryland’s students. The pending legislation attends to the interests of adults. Governor Hogan will surely veto it, as he should, but absent a political lightning bolt, any such veto is almost certain to be overridden by lawmakers who appear to have no interest in whether the state’s schools are actually preparing the state’s children for success in the modern world.