The one question that should determine NCLB waiver renewals 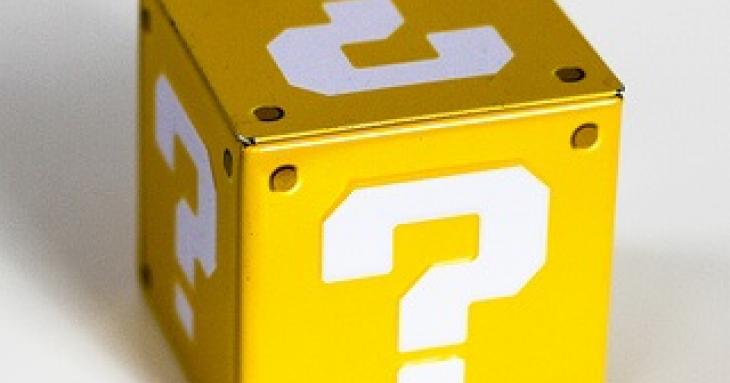 As a premed student in college, I grew accustomed to being evaluated on just a handful of marks—two midterms and a final exam made up the entire grade. With so few assignments, the stakes to do well on each test were high. But there were a couple of professors who upped the ante even more. They’d toss out your shoddy midterm grades if you aced the final, no questions asked. Did you have too much fun homecoming weekend before that physics midterm? Fraternity brothers kept you out too late during “hell week” to study for the bio exam? No problem. There’s always the final exam—a chance for redemption.

If states’ requests for waivers from No Child Left Behind (NCLB) three years ago were the first midterm, and last year’s slew of monitoring reports from the U.S. Department of Education and the waiver extension requests that followed were the second, then the upcoming waiver “renewals” are the final exam: the last chance states will have to negotiate with the department on the terms of their waivers. It’s also the last opportunity for Secretary Duncan to evaluate states’ progress and cajole them to implement key reforms before his administration leave office. And since waivers have acted as a de facto reauthorization of NCLB for over forty states—reshaping policies for assessing students against academic standards and holding schools and educators accountable for those results—the renewal process matters enormously in terms of the legacy and federal policy landscape this administration will leave behind.

By now, most states have had at least two years to write, amend, and implement “high-quality” plans for college- and career-ready standards and tests, differentiated accountability and improvement systems, and teacher- and school-leader evaluations. States drafted these plans in their first waiver requests, and they’ve been refining them ever since (see: waiver-waivers, delays in using student growth in educator evaluations, and more). And the department could—and likely will—give states yet another chance to tinker with these plans when they submit their renewal requests.

But as anyone who’s ever read a waiver will know, 95 percent of what’s included in states’ “high-quality” plans isn’t high quality, let alone helpful or insightful. The plans are long. They’re full of jargon and buzzwords. They’re vague. And when details are provided, they often aren’t the details needed to get a clear picture of state policy and its implementation. After a few hours of reading waiver plans, you’re somehow both overwhelmed with information and lacking clarity about what states are actually doing.

Instead of asking states for yet another round of plans to determine whether their waiver merits renewal, I have a different idea for the department: Just ask states for their results. Like the high-risk, high-reward strategy of allowing students to wait until the final to impress you with their commanding knowledge of acid-base chemistry, states could point to actual student outcomes to prove that they deserve to keep their waivers. Because, after all, states aren’t entitled to a waiver—it is something they should earn.

The single most revealing question for states to answer in this renewal scenario isn’t whether they have a process in place for convening stakeholders to discuss new college-ready standards, or how they’ll ensure districts implement state guidelines for teacher evaluation systems and incorporate student growth measures, eventually, into them. It’s much simpler: Has student learning improved in your low-performing schools?

As obvious as it sounds, the department hasn’t even asked waiver states the question yet. Maybe it was too premature to request data from states a year ago, but with multiple years of implementation behind them, the department can—and should—shift from evaluating states’ waiver inputs to evaluating their outcomes for schools and students.

States could provide proficiency and growth data for their low-performing schools (including pre-waiver data for comparison—or comparisons to schools that weren’t identified as low-performing). They could also show how these schools stacked up each year on the state’s A–F grading system or school performance index (recognizing that some states use multiple accountability systems with different labels). Alternatively, states could show how low-performing schools fared against annual performance targets to see if they are closing achievement gaps. However the department defines the data parameters, actual outcomes would be much more illuminating than yet another round of plans. Moreover, research shows that even NCLB’s maligned improvement sanctions were moderately effective at boosting achievement in low-performing schools. If states can’t do better on their own, maybe they should have to comply with NCLB again, like Washington and Oklahoma.

Don’t get me wrong, a statewide, coordinated, and well-resourced plan for school improvement is important. But it shouldn’t be as important as the results from those interventions. Besides, we’ve seen how difficult it is for the department to monitor forty different state plans on a constant basis. There are waiver extensions for 2014–15 that still haven’t been approved, and any enforcement now does more harm than good. Wouldn’t it be more efficient and productive in the renewal process for the department to first ask states to show that their high-quality plans are working? And if they aren’t, then ask to see what the state is going to do about it?

The president and Secretary Duncan promised to set a very high bar for waiver approval, and states made a lot of promises in order to secure them. Now, with many of those promises still unmet, both sides have plenty of reasons and excuses to explain why they changed course or delayed implementation. But with the clock running out on Secretary Duncan and NCLB reauthorization nowhere in sight, it’s high time for states to start showing their results—and for the department to publicize the findings so that the next administration can replicate their successes and avoid their missteps. After all, regardless of whether states’ waiver experiences have been a disaster or a triumph, there’s still the final exam. Here’s hoping that states, and the department, sober up and redeem themselves.

Anne Hyslop is a senior policy analyst at Bellwether Education Partners as a member of the Policy and Thought Leadership team.