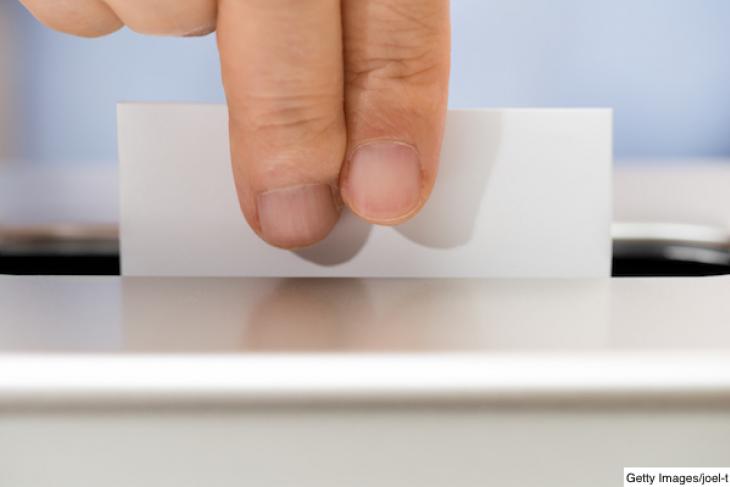 One important decision facing many voters on Election Day is whether to approve their school districts’ tax requests. These referenda represent a unique intersection between direct democracy and public finance; unlike most tax policies, which are set by legislatures, voters have, in large part, the opportunity to decide their own property-tax rates.

Some citizens will enter the voting booth well-informed about these tax issues, but for others, the question printed on the ballot might be all they know. Voters have busy lives and they may not always carefully follow their district’s finances and tax issues. This means that the ballot itself ought to clearly and fairly present the proposition to voters. In our home state of Ohio, State law prescribes certain standard ballot language, but districts have some discretion in how the proposition is written. County boards of elections and the Secretary of State approve the final language. How does the actual language read? Is it impartial? Can it be easily understood?

Let’s take a look at a couple high-profile ballot issues facing voters in November, using the Buckeye State as an example. First, here is the tax-issue posed to Cincinnati voters:

Shall a levy be imposed by the Cincinnati City School District, County of Hamilton, Ohio, for the purpose of PROVIDING FOR THE EMERGENCY REQUIREMENTS OF THE SCHOOL DISTRICT in the sum of $48,000,000 and a levy of taxes to be made outside of the ten-mill limitation estimated by the county auditor to average seven and ninety-three hundredths (7.93) mills for each one dollar of valuation, which amounts to seventy-nine and three-tenths cents ($0.793) for each one hundred dollars of valuation, for five (5) years, commencing in 2016, first due in calendar year 2017?

As with all property-tax issues, the most complicated terms is “mill”—the amount of the levy and equal to one thousandth of a dollar. None of us, however, go to the supermarket and buy 100 mills worth of groceries; and in the realm of taxes, we’re more accustomed to seeing them expressed as percentages—a 6 percent sales tax, for instance. Because millage rates are so rarely used in everyday life, a voter may find it hard to discern the size of the request. Is 7.93 mills a huge tax hike, or relatively affordable? Unless a voter has done her homework, she probably wouldn’t know. But voters shouldn’t be expected to be tax experts or follow the news to understand the impact on their personal finances. Simpler, less technical language would help the average voter better understand the question. Perhaps the tax could be stated also as percentages or in more realistic dollar terms—for instance, a proposed levy would increase taxes by $100 for a property with a taxable value of $100,000.

Also noticeable in this tax request is the “emergency” language—it is hard to miss when printed in capital letters. While the district is not in fiscal emergency, it is seeking an emergency levy nevertheless. Ohio law permits this type of levy when districts are projecting a financial deficit in future years. But the prominent ballot language could impact the electoral outcome, especially if marginal or undecided voters tip the scales. Perhaps the district is indeed in financial straits, but shouldn’t that case be made independent of the ballot itself? Opponents might argue that district could address the deficit in other ways, such as by renegotiating unaffordable teacher union contracts. Referenda should be presented as neutrally as possible, because we know from surveys that the wording of questions can alter the results. Though allowed, the use of the word “emergency,” which comes with a powerful connotation, is likely to influence voters.

I won’t repeat the point about millage, but let me make three additional observations. First and most obviously, this is impenetrable language and a complicated request: The district is seeking approval for a tax package that includes not only debt financing but also funding for capital improvements and day-to-day operations. This puts a daunting burden on voters who must either gather the requisite information beforehand, or spend serious time in the booth reading and understanding it.

Second, consider how different Columbus’s tax request is compared to Cincinnati’s. Columbus is seeking a fixed rate levy at a maximum 0.5 mills for permanent improvements and 5.58 mills for operations. In contrast, Cincinnati is seeking a fixed sum levy generating $48 million per year, where the tax rate could vary (note the “estimated” rate). Also there is no set time in which Columbus’s tax would expire, while Cincinnati’s would sunset after five years. This illustrates how varied Ohio’s different property-tax types are, adding more complexity to what voters must know in order to make an informed decision. Other states have similarly complicated property tax codes which can include different tax treatments depending on the type of property, various levy types, and so forth.

Third, note how the 5.58 mill request lists several specific purposes of the levy, such as expanded pre-K, reduced class sizes, and other initiatives. Other district tax requests don’t include such specific lists and could be thought of as more neutral. Does enumerating a handful of likable programs improve the chances of passage? It’s hard to know, of course, but they do seem to frame the tax in a more favorable light.

One could argue that voters are responsible for being educated before they enter the booth, and the question itself doesn’t matter. To be fair, local media usually cover school tax issues—albeit much less than top-of-the-ticket races—and I suspect a fair number of voters come modestly well-informed. But we also know that some voters might not be quite as well prepared. That means the ballot words matter and, if the examples of Cincinnati and Columbus are any indication, the language for property tax referenda could be made more understandable and fair.

I am not suggesting that direct democracy is an inappropriate way of setting tax policy. Other taxing arrangements, of course, have their own set of challenges. But if voters are to be tasked with setting property tax rates, the referenda should be presented as clear, simple, and unbiased propositions. As economist John Cochrane has argued, one imperative of modern governing is to “bring a reasonable simplicity to our public life.” Reasonable simplicity in tax referenda language seems to be warranted.