Oases in the desert: Catholic schools' success isn't a mirage 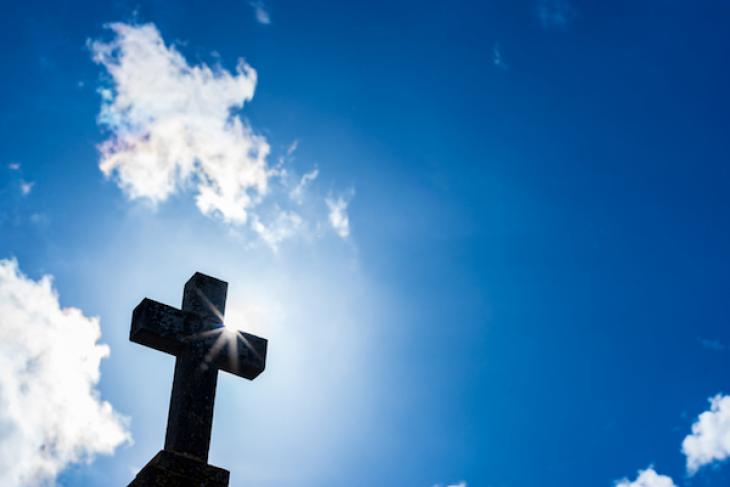 Last week, I had the privilege of visiting several high-poverty urban schools in Cleveland. Each was serving some of the nation’s most disadvantaged students and beating the odds by arming their pupils with the knowledge, values, and skills they need to succeed.

Whenever I visit a school, I look for the unplanned things that give you a window into hidden vibrancy or challenges in the community. During my visit to one school last week, two unplanned interruptions stood out. First, the assistant principal received a call from her middle school social studies teacher to share some good news: A group of their seventh graders won first place in the John Carroll University “We the People” Call for Action and Social Justice Program, the school’s third first-place victory in as many years.

Not long after, an upper-elementary math teacher stepped out to take a call from the Cleveland Cavaliers. It seems that one of her students is the only student in Ohio to be chosen for the NBA Math Hoops competition, and its organizers wanted to let her know that they were sending the Cavs mascot to cheer on the student.

Was I getting a VIP tour of the latest hot new charter management organization? No, it was just another day for St. Thomas Aquinas, a small Catholic school that, without fanfare or much in the way of resources, continues to work miracles, serving predominantly low-income voucher students in a neighborhood Fordham recently dubbed a “desert.”

The new Fordham report America’s Charter School Deserts has gotten well-deserved attention, in part because it raises an important question about whether charter advocates have succeeded in their quest to expand high quality options for our nation’s neediest families. The report comes at a time when charter growth has slowed, or even stalled, in many places. For those dedicated to expanding charter schools, it serves as wake-up call and a call to action.

At the same time, words matter. You have to wonder what it says about the state of a broader school choice movement that ostensibly embraces both public and private options when a landscape full of often academically rigorous and life-changing Catholic schools is called a “desert.”

In fact, a quick analysis of just a few of the Fordham-identified “deserts” in large urban areas reveals that there are vibrant Catholic schools in nearly every one:

In many of these so-called deserts, Catholic schools are being overlooked—or even abandoned—as choice leaders focus on charter schools as the only viable option for expansion and growth.

As I think about these Catholic schools—those that significantly improve student lives and communities despite the challenges they face—I am reminded of the famous scene from “Monty Python and the Holy Grail” where, during a bubonic plague epidemic, a coroner is walking through a village with a wheelbarrow calling “bring out your dead!”

One villager brings out a man, slung over his shoulder. Just before the carried man is added to the wheelbarrow, he lifts his head and says, “I’m not dead! I’m getting better!”

Villager: No, you’re not. You’ll be stone dead in a moment.

Coroner: Oh, I can't take him like that. It's against regulations.

Villager: Oh, don't be such a baby.

Coroner: I can't take him.

The punchline is that the coroner eventually kills the man to end the dispute. When you are a coroner, it’s a lot easier to deal with the dead then the living.

As I have more and more opportunities to visit thriving urban Catholic schools that are embracing change and driving life-changing results for disadvantaged students, I can’t help but feel like the dead man in the Monty Python scene. After all, as we lament the lack of choices in charter “deserts,” there exists a vibrant network of community-led urban Catholic schools that are regularly beating the odds on behalf of both their students and their communities.

Too often, though, we fracture the choice landscape by declaring these schools stone dead. We tell talented, entrepreneurial young leaders to look elsewhere for opportunities. We eulogize the sector without acknowledging the evidence that it is getting better.

To be sure, the challenges urban Catholic schools face are real. Take St. Thomas Aquinas in Cleveland, where 100 percent of the student body is African American and 99 percent of students receive a voucher from either the Cleveland or Ohio EdChoice scholarship programs. Because state law prohibits the school from charging tuition in excess of the $4,600 provided by the scholarship, the school has to choose between opting into the voucher program—which provides an enormous benefit to the community it serves—or charging tuition and putting the burden of financial sustainability on families who barely have enough to scrape by. That means that the school is resource-strapped by design, not by default.

And many of these schools have room to expand. But it’s almost as if we have convinced ourselves that these oases are merely a mirage—and so, like the Monty Python coroner, we unintentionally deal the Catholic schools sector a death blow in spite of growing evidence of their benefits.

Of course, if this is our future, we have to accept some responsibility for our fate. As Catholic school leaders, it is our job to embrace competition and transparency for results, to stand up and proudly defend successes, and to pave a path to sustainability, even as we face challenges and adversity.

The good news is that there are trailblazing Catholic leaders around the country who are doing just that. Archdiocesan leaders like Tim Uhl of Montana, Tim McNiff in New York, and Jim Rigg in Chicago. And national groups like Cristo Rey, Milwaukee’s Seton Catholic Schools, the CUSP schools in Newark, Philadelphia’s Independence Mission Schools, Notre Dame’s ACE Academies, and our own Partnership Schools. We are all working to find ways to build sustainable, academically rigorous, and faith-filled Catholic schools in these charter school “deserts.”

There is a heavy burden on those of in the Catholic school world to demonstrate our schools are worth saving and then make sure everyone in the school choice movement knows about these successes.

But it’s also critical for those who support parent choice to acknowledge that diverse choices—including non-governmental private and faith-based schools—strengthen the entire landscape. And that the key to making a desert bloom is to start with educational oases that are already helping so many children thrive.

Kathleen Porter-Magee is the superintendent of Partnership Schools.