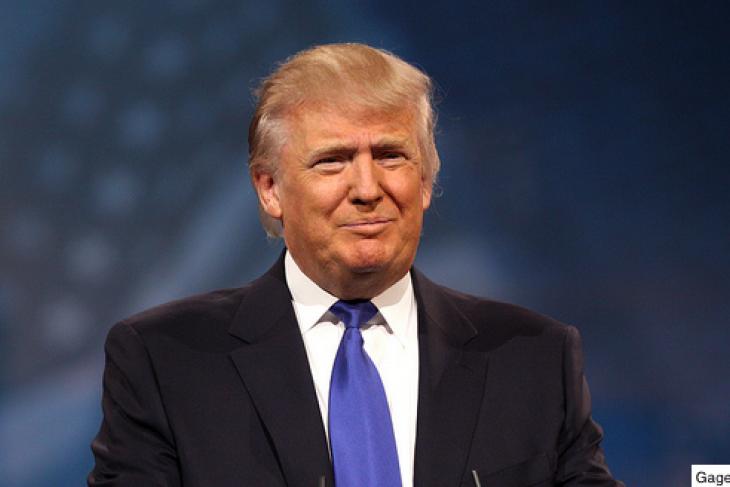 Like most of you, I am in shock and more than a little worried. I can’t pretend to be a neutral policy analyst today; I made my deep concerns known about a Donald Trump presidency, and they haven’t gone away. His thin-skinned temperament, his bullying tendencies, his scapegoating of Mexican-Americans and Muslim-Americans, his misogyny,  his support from white nationalists, Breitbart and Vladimir Putin, his impulsive attacks on free speech and our allies around the world—none of that has evaporated in the light of day.

But as I told my young boys this morning, America will persevere. The nation will endure. We will support our president and give him a chance to show true leadership—to bring us together, as he promised in the wee hours last night. The emergence of a “unified” government means a possible end to gridlock and futility. We will trust—but we will also verify. If President Trump attacks our Constitution, or our fellow citizens, or our allies, we will push back. We will use the tools of our democracy—our independent media, our institutions of civil society—to resist when necessary. We will be OK.

As for what happened yesterday, we should be careful in how we interpret the “primal scream,” as one commentator put it, coming from America’s white working class, from the overwhelmingly red, rural parts of our beautiful country.

It would be churlish, and incorrect, I think, to ascribe the vote to Trump’s race-mongering, or xenophobia. That is there at the fringes. But for most of these folks—our fellow Americans—they simply were tired of being ignored and sad about the state of their lives and the hopes of their kids. Joe Scarborough said it well on his show this morning: Those of us in the “bubble” are living better and better lives, while those in the rural countryside quite clearly are not. Their jobs are gone. Their grown children are hooked on heroin and their grandkids have an uncertain future. Their neighbors are dying young, with broken lives and broken spirits. And yet, until Trump, almost nobody in or near power was speaking about their concerns, their hopes and dreams, the contributions they still have to make to our great country.

As my colleague Robert Pondiscio eloquently argued many months ago, we in education reform have been guilty of forgetting these Americans, too. It would not have taken much for us to be clear when calling on policymakers to close achievement gaps that we were talking about both class and race, about rural as well as urban. We could have talked more about the J.D. Vance’s of the world—the far too rare children of the white working class who make it to and through college, and what might be done to dramatically boost their numbers. As the election recedes from view, let us not fall back into our bad habits, and forget the rural and small town kids who need our help, too.

So what does this political earthquake mean for education policy? The honest answer is that none of us knows for sure. Trump picked up some education advisors we think well of, but he didn’t say much on the campaign trail about schools, beyond attacking Common Core and lauding parental choice. There are also few clues about whom he would appoint as Secretary of Education, or to sub-cabinet positions. Still, a few developments are likely.

First, a Trump Administration will almost surely rip up some of the regulations the Obama team has drafted, including some of those intended to implement the Every Student Succeeds Act (ESSA). They will most certainly go back to the drawing board on “supplement-not-supplant,” and embrace the approach supported by Lamar Alexander and the state superintendents. And they will likely tweak the accountability regulations to better align with the flexibility provided by the law—to allow states not to publish summative ratings of schools, for instance.

This is going to throw a huge wrench into the implementation timeline—unless Secretary John King does something magnanimous and fixes these issues now. Rather than finalize regulations that are certain to be subject to a redo, he could work with the Trump transition team to keep the trains moving forward. I hope that Secretary King and his team give that serious consideration.

I would also expect the Trump folks to make quick changes at the Department of Education’s Office for Civil Rights. They will likely rescind the policy guidance promulgated by the Obama team that applied “disparate impact theory” to the issue of school discipline. The Trump team will probably say to districts: If you treat kids differently because of their race, gender, etc., we will sue you for discrimination. But we won’t assume discrimination just because of disparate rates of suspensions or expulsions.

The other big issue is, of course, the Supreme Court. Assuming that President Trump is able to get another conservative justice on the court in Scalia’s vacated seat, we may see another re-run of the Friedrichs case. That would again endanger teacher union “agency fees,”, which could provide a major shot in the arm to the reform movement, as it would significantly weaken the NEA’s and AFT’s political power.

As for the Common Core, thanks to ESSA, that’s not an issue any president has much say over—academic standards are under the firm control of the state. Still, the Trump victory will surely give boost to anti-Common Core Republicans at the state level, in places like Kentucky (now under full GOP control). We Common Core supporters could be in for some more rough sledding.

On Monday, I got to spend the day in Portsmouth, Ohio, hard on the banks of the Ohio River, across from Kentucky and on the edge of Appalachia. I was there to visit two of the scrappy charter schools we oversee, schools that are struggling with all of the issues that have come into relief this election season, but schools filled with teachers and leaders unwilling to yield to the despair so common in hamlets like theirs. In coming days, when I get that sick-to-my stomach feeling about Donald Trump’s victory, I will think of these good people and feel some satisfaction that they feel taken seriously today in a way they haven’t in years. I hope that gives you some sense of peace, too.