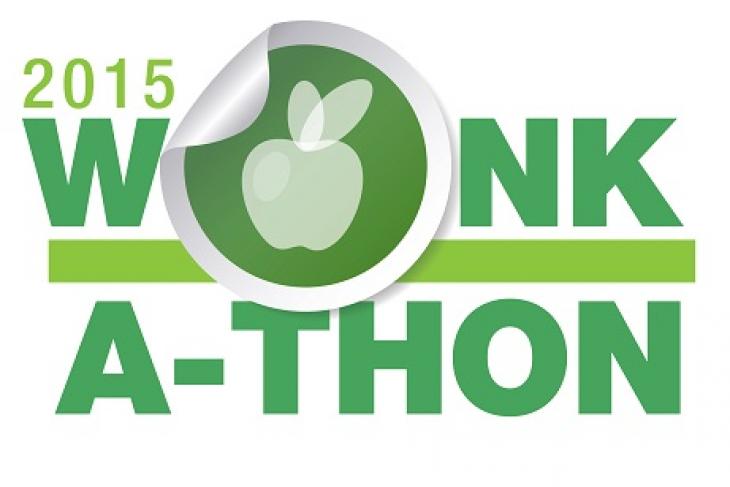 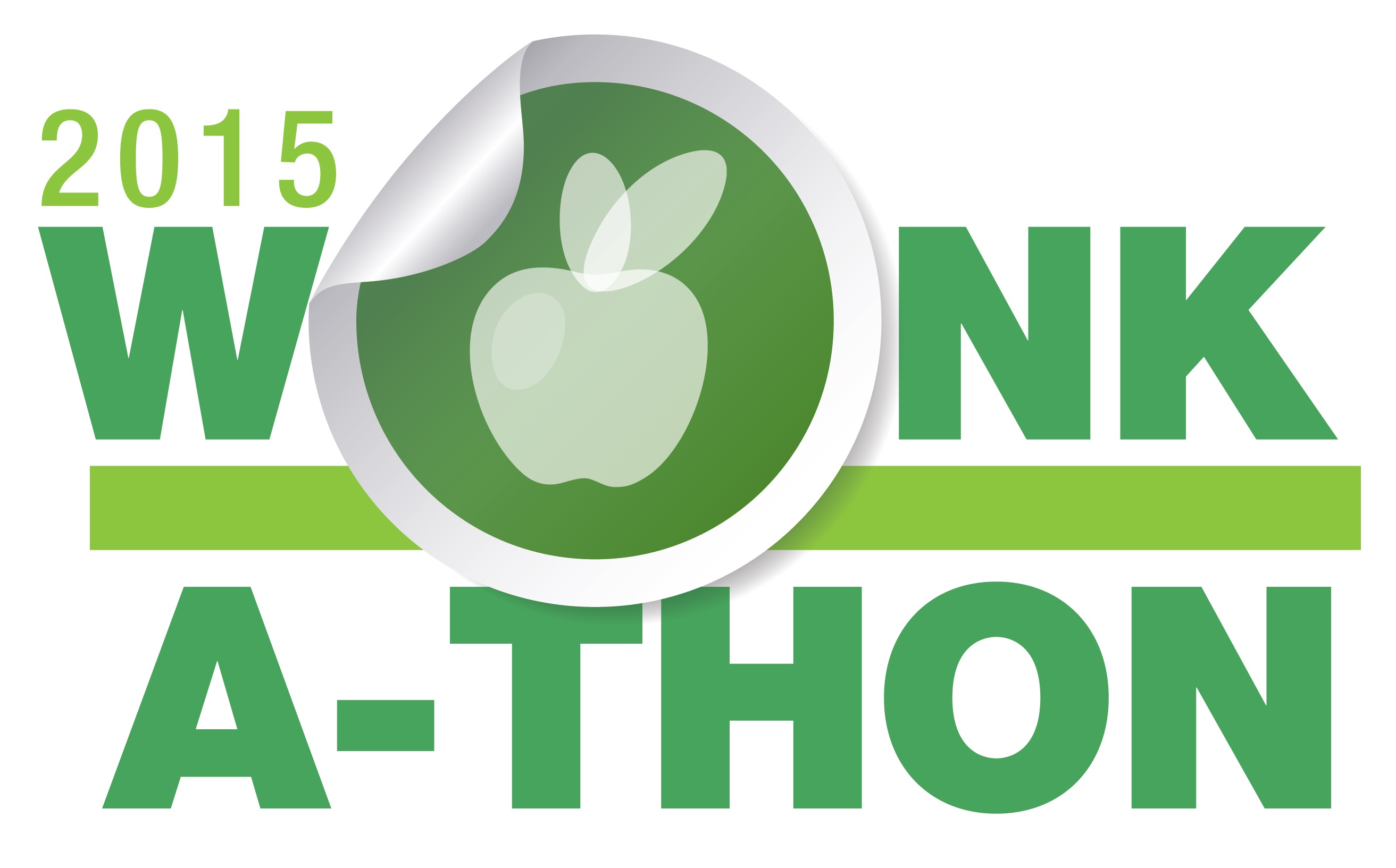 This is the first entry in Fordham’s education savings account Wonkathon. This year, Mike Petrilli challenged a number of prominent scholars, practitioners, and policy analysts to opine on ESAs:

“As Nevada implements its groundbreaking education savings account program, what must it get right in order to provide positive outcomes for kids and taxpayers? Should state authorities stay out of the way? Or are there certain areas that demand oversight and regulation?”

Some outliers exist. There's a low tail, of course, and a battle over whether regulators can shut 'em down fast enough.

A lot of the leaders from these top-performing schools show up the day before each New Schools Venture Fund Annual Summit for a smaller get-together. Education reform opponents might liken these meetings to a scene from The Godfather in which crime families gather to discuss how to more effectively commit crimes. My memories of these edu-meetings are less “consiglieres whispering advice to nattily attired bosses” and more “nerdy do-gooders meeting in hallways, excitedly trading tips about English curriculum while trying to keep up with emails from teachers back home (the real work).”

But I recall one gathering with a bit of mafioso feel. Katrina had recently wiped out New Orleans public schools. The big national reformers like TNTP, TFA, and NLNS were already planning big NOLA expansions. Now the smaller organizations, along with each charter "family," was implored:

Look hard at whether you can help this city. Yes, you are trying to expand your tiny footprint back home. And families from Harlem to Houston need good schools just as much as kids in New Orleans. But success here could be a proof point. If we all work together to create a single city that reached all families well—a city of charter schools, supported by a web of other organizations providing services for teachers, principals, and parents—then perhaps this reform idea might travel elsewhere.

In response, I went home and did absolutely nothing. My organization was a small Boston charter school and teacher prep program, and we were mostly trying to scratch out little improvements—like serving an extra two hundred kids, or training twenty more teachers per year. Onwards.

Two years later, an elite teacher coach on our team, Erica Winston, took me out for coffee and said she was leaving Boston for New Orleans (her hometown). I connected the dots and called Neerav.

Neerav Kingsland, CEO of New Schools for New Orleans, will tell his story elsewhere in the Wonkathon, but this is how things looked from my perspective.

First, he and I brainstormed. He spoke about the large demand from New Orleans charter teachers for meaningful improvement and training, while I laid out Erica's strengths and described our institutional preference to launch something small and measurable.

We bargained. Neerav wanted "medium-sized," not small. I countered that, contrary to popular belief,  our field really doesn’t "know what works" in teacher development: Perhaps our teacher coaching service could be organized as a randomized control trial? Neerav had to weigh our considerations (the additional costs of paying a professor and tracking a control group) against the alternative of simply coaching more teachers, but we came to a deal.

Neerav procured the needed philanthropy and arranged introductions with teachers and school leaders, and finally, after months of further preparation, we launched Match Teacher Coaching. After years of success, I’m happy to report that the program lives on—a small part of the New Orleans ecosystem.

The recipe calls for talent supply (Erica/Match), demand for services (in this case, supply turned into demand: All those charter schools, able to control their own professional development budgets and schedules without huge bureaucratic barriers, wanted partnerships with outside organizations), an ecosystem "connector" (Neerav), and philanthropy (the Gates, Walton, and Arnold foundations).

Mike Petrilli asks, "As Nevada implements its groundbreaking education savings account program, what must it get right in order to provide positive outcomes for kids and taxpayers?"

Here’s my answer: Nevada and New Orleans could be the same story.

I think that the Nevada ESA initiative is likely to mirror the nationwide charter reality. The schools, lessons, programs, camps, and tutoring offered to Nevada parents for their $5,000 savings accounts? Meh. Not so hot. By that, I mean that these inducements, just like charters nationally, are unlikely to have significant positive effects on student achievement (though parent and student satisfaction is another matter).

There will be exceptions, surely, and not all of them good. The Nevada ESA-funded low tail won't just be badly run; it will also include some charlatans destined for sordid exposés in the Las Vegas newspapers. Regulators will have their hands full with this bunch.

And what about positive outliers—the ways in which parents will be able to spend ESAs to dramatically improve their children’s learning? Well,  the market remains to be seeded. We haven’t reached that point yet.

To get there, Nevada needs a Neerav, just like New Orleans did. The trendy new term for this figure is “harbormaster,” and it’s generally taken to mean an individual, organization, or coalition of champions who take it upon themselves to ensure that their city provides excellent school options to all children and families. The harbormaster has typically been an urban phenomenon, as in New Orleans or Las Vegas. But I think Nevada will require the first statewide effort.

The money is there. Nevada set aside $10 million for a nonprofit to act in this role, which worries me a bit. A pure philanthropy model would work better, offering greater risk tolerance and fewer lobbying-related distortions; but I quibble.

The real question is, what would Nevada’s ESA harbormaster do?

The demand side (i.e., parents, who need good information to make the right educational decisions for their kids) certainly needs attention. But my guess is that the work of “convening” (attracting quality supply, essentially) will be much harder. Someone needs to search the country and "sell Nevada" to existing and future education providers. They’ll need to be convinced of the once-in-a-generation chance to build an enterprise that directly benefits Nevada kids—and that has a lottery-ticket upside of benefitting the next generation of American kids, if the state reform works out.

(In fact, I think Nevada actually should get Neerav himself. He may be available.)

This harbormaster will face two big challenges in seeding positive outliers. First, most of the existing education reform network can't easily operate at Nevada's price point in the absence of massive subsidies; the voucher amount is much lower than what they're used to. None of the best charter operators function at $5,000 per student, per year, and they don't know how to shed costs and retain their essential product.

Second, most education reformers don't know much about serving middle class families. Most discussions to date have concentrated on cities and the poor families residing in them.

The state would need a portfolio of social entrepreneurs who could build sustainable enterprises for the advantage of Nevada families. Who in Nevada is already good and needs capital to scale? Who is good elsewhere and can launch in the state? How about a special Nevada episode of Shark Tank convened by the governor? How about a huge international competition among business schools and ed schools—like this gigantic one to solve early education in slums around the world—focused exclusively on Nevada's ESA?

In particular, I'd want to see a chain of what I once called “Starbucks Schools,” where two teachers (most likely longtime friends) could open a mini-school for thirty ESA kids, using a campus of public and semi-public spaces like Starbucks franchises, the YMCA, libraries, and churches. Imagine a thousand such institutions (high schools in particular) serving thirty thousand Nevada kids, with two thousand teachers who've happily escaped the red tape of their former schools, and a few competing firms providing back-end payroll, accounting, and insurance.

Let me close by proposing a wager: If Nevada gets a Neerav-caliber harbormaster to drive the development of a high tail, I'll bet on Nevada rivaling New Orleans in ten years as an education reform success, defined by whichever metric you favor (student achievement, high school completion, college success, etc.). If it selects a merely competent one, I'll bet that its education savings accounts will have no impact on achievement, and what happens in Vegas will ultimately stay in Vegas.

Michael Goldstein is the founder of Match Charter Schools (now Match Education). His 2014 Wonkathon entry was about Boston charter schools.