NAEP scores are inexcusably stuck in the mud, but we can get them out 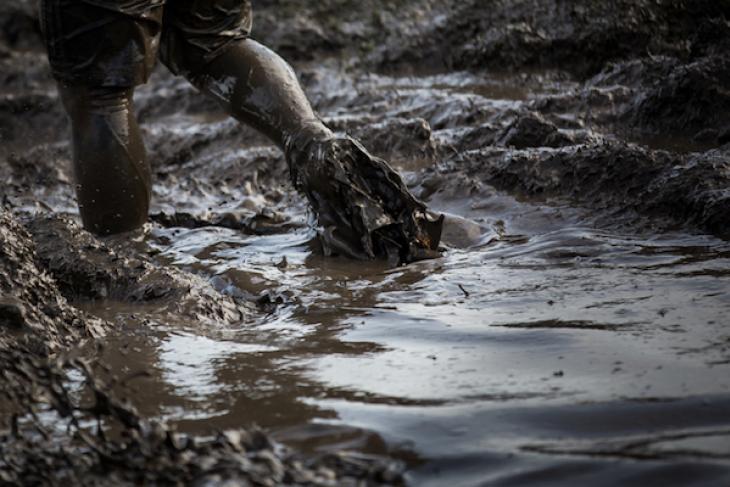 Sad, disappointed, but not yet despairing. These are my emotional reactions to the release today of the 2017 National Assessment of Educational Progress (NAEP) results of fourth and eighth grade reading and mathematics.

Perhaps I should add “relieved.” Given the hostility that replaced comity in the education world and the widespread assault on accountability in the last decade, I suppose it could have been worse.

Yet how are we to handle the simple fact that we made no progress whatsoever in the last eight years? Achievement results on all measures are absolutely flat. The scale score numbers are virtually the same as they were in 2009. Given the progress we had made before and the progress we still need to make, this stagnancy—being stuck in the mud—is inexcusable and unacceptable.

What happened to bring us to this sorry place? There will be as many hypotheses as there are hypothesizers. Here is my take.

The lesson was and still is: Accountability works!

This is not to say that changes weren’t needed to keep accountability fresh, fair, sharp, and effective. Changes were very much in order. But accountability wasn’t fixed; it was largely eviscerated. My point is that, instead of weakening it, we should have repaired it, sustained it, and improved it. I’ll say more about that in a moment.

The No Child Left Behind Act (NCLB) became federal law in 2002, expanding and extending accountability throughout the states. Research has shown the positive effects of such accountability. In a major study of studies in 2011, David Figlio and Susanna Loeb concluded that “the preponderance of evidence suggests positive effects of the accountability movement in the United States during the 1990s and early 2000s on student achievement, especially in math.”

In a report that Bill McKenzie and I wrote for the Bush Institute, we showed, among other things, charts of NAEP scores in both math and reading for nine-year-olds. In these charts, one can clearly see flatness before 2000, growth during the 2000s, and flatness toward the beginning of the 2010s. This is true in both subjects. These charts reflect results on the Long Term Trend Assessments before it was suspended, as well as the main NAEP test, in the periods before, during, and after the peak of consequential accountability.

So, where did we go wrong, and what can we do to get right?

Whatever the past, it’s not too late to do what should be done. As difficult as it may be, we must at least try to bring back a sense of the comity and mutuality that characterized the early days of standards-based reform.

We can and should be for more spending that is effective and grounded in accountability.

We can and should be for policies that are pro-teacher and grounded in practices that encourage efficiency and effectiveness.

We can be for effective practice that honors standards and testing and promotes better learning results without being foolish or slavish to testing abuse or other educational malpractice.

We can and should entrust significant authority to those closest to the children and insist upon the use of effective, research-based practice.

We can support public education with accountability for results and maximize choice for parents.

I know change will be hard for all parties who are wedded to the status quo and/or would rather fight and die defending their own position. But the problem for them and all of us is that staying stuck is fatal.

We’ve seen, and are paying the price of, stagnation. Our students are not moving forward, which is dangerous for them and for all of us in the complex and challenging world in which we live. And the public is getting wary. Funding is stuck, too, and probably will remain so until we build back broad-based public support for a system that shows the promise of success.

Okay, the choice is there. What will it be?

Alexander Kress has served for almost twenty-five years at the invitation of Lieutenant Governor Bullock, Governors Bush and Perry, and numerous Commissioners of Education on multiple state panels and committees to build and improve Texas' nationally recognized education accountability system