Letter to a middle-aged Rick Hess 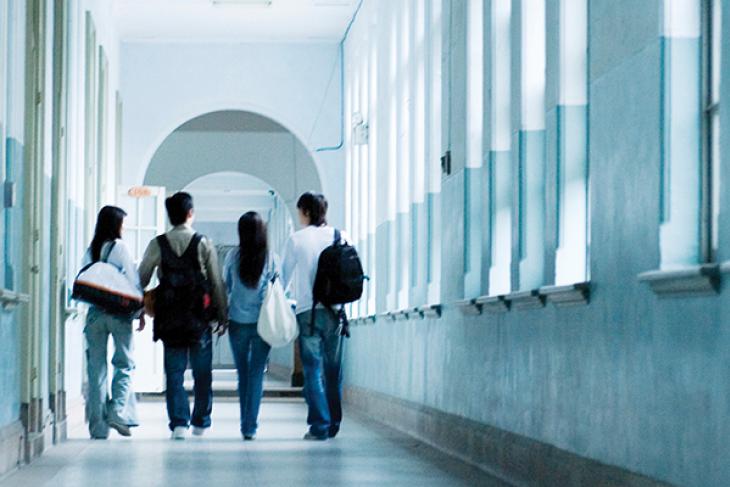 Congratulations on your new book, Letters to a Young Education Reformer. It’s fantastic, and should be read widely by wonks and teachers, young and old, and everyone in between. Its major themes are spot-on: That we in reform need to be more respectful (of reformers who came before us, of the critical role that parents play, and of teachers in the field) and more humble (about what we don’t know, what our reforms might reasonably accomplish, or how they might backfire). I especially appreciate your twenty-five-year-long crusade against hitting schools with one damn reform after another, which breeds cynicism, induces burnout, and ultimately doesn’t work.

So I’m with you on 98 percent of what’s in the book. But I see a blind spot. And it’s a surprising one for you, what with your own considerable prowess as a political scientist, and your previous body of work: Politics. At times you come close to denigrating the people who are doing the work of political advocacy on the reform side. Yet, as I think you would acknowledge, their labors are essential, too.

What’s missing, in particular, is any discussion of the efforts of the teachers unions and their allies to maintain the status quo. I found two passing references to teachers unions—one factual, and one sympathetic. Really? That’s it?!?

You take pains in the book not to embrace any particular big-R Reform, but you’re also honest in Chapter 13 about your interest in charter schools as means to “create room to innovate, problem-solve, and build. They can empower educators and families to create and choose better schools.”

Yet, as everyone knows, charters are under relentless attack in most state capitals, with traditional education groups working to eliminate them outright, stop their growth, or kill them with a thousand cuts. Seeing this, charter schools and their friends in “Big Philanthropy” have invested in charter school associations and broader education reform advocates to fight to keep the world safe for chartering.

These organizations, staffed by many of the young reformers who are the primary audience for your book, spend their days in the trenches of political warfare. And in that world, the nuanced and reasoned debate beloved by those of us in the think tank stratosphere just doesn’t cut it. Taking a position and sticking with it, rebuffing other arguments, using evidence as a weapon, testing messages in order to move public opinion—all of this is the coin of the realm. Those are coins that need to be in young reformers’ pockets. And like Jack Nicholson’s character in A Few Good Men, we want these people on that wall, in this case protecting the “room to innovate” that you and I both see as so important.

I worry, then, that you throw too much shade at these advocacy groups. In the preface you say you wrote your book in part for “advocates who wonder why their sensible ideas encounter fierce resistance.” But you don’t acknowledge that much of that resistance is from unions and other groups protecting jobs, money, and power! You later deride “this or that group of reformers” for settling “on an agenda and then dismiss doubters as troublemakers.” If we researchers and pundits are causing them trouble in state legislatures, giving ammunition to the other side, they are right to be frustrated! You ridicule efforts to develop a stronger communications “message,” arguing that reformers should spend more time designing smart policies than selling dumb ones. But you downplay plenty of evidence that, in a politicized, polarized arena, substance alone rarely wins the day.

Yes, this causes major tensions within the ed reform universe. I know this personally, since the Fordham Institute tries to be both a think tank at the national level and a research and advocacy organization in Ohio. This is not easy. I’ve had to learn from painful experience that my own spouting-offs can make it harder on my Buckeye State colleagues when they are fighting for the Big-R reforms that provide space for little-R Reforms to flourish. As you wisely say about other areas of tension and trade-offs, all we can do is manage it the best we can.

This doesn’t mean we should give reform advocates a pass when they push for ill-guided policies. You are right to criticize efforts like top-down teacher evaluation mandates that were practically guaranteed to backfire once they hit the real world. You are absolutely correct that too many of our friends who toil in the fields of politics and advocacy are too quick to dismiss the legitimate concerns of educators, and too slow to learn from the mistakes of those who have gone before them. You give good counsel when urging them to worry about whether their beloved reforms can be implemented effectively—otherwise they shouldn’t be pushing them.

What I’m calling for is a greater appreciation of the pressures these advocates face, and of their important role in the ed reform ecosystem. So to your letters to young reformers, Rick, please consider adding this postscript: If you work in an education advocacy organization and have a legislative agenda to push, set this book aside until the session is over. Pick it up again this summer, give it a “close read,” and think hard about what a smarter, more teacher-friendly, more humble legislative agenda would look like next year. In the meantime, go team win!