Let’s hear it for educational freedom! 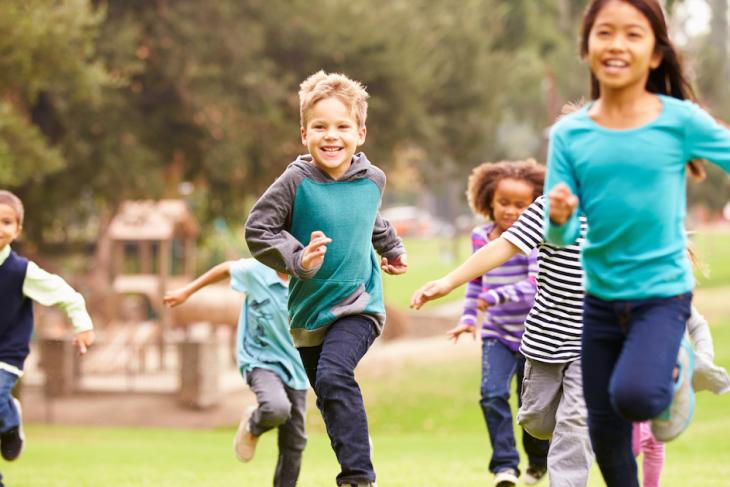 Twenty-five months after Donald Trump’s inauguration, his administration has just unveiled its big school-choice initiative—yes, the cause that, during his 2016 campaign, he termed the “new civil rights issue of our time,” the very same cause that Education Secretary Betsy DeVos has devoted her career to promoting.

To be fair, it isn’t actually their first such initiative. Trump’s maiden federal budget sought $1.4 billion to promote school choice, mostly within the public sector, though nothing came of it, save for continued Congressional funding of a smallish charter-school support program that antedated Trump and that up to now has enjoyed bipartisan support.

This week’s initiative, if and when enacted, has a $5 billion annual spending limit, a quarter the size of Trump’s campaign proposal—and a sum that close observers acknowledge would take years to reach. The main reason for such a gradual ramp-up is that the proposal leaves it entirely to states to design their own “Education Freedom Scholarship” programs and leaves it to private donors—individuals and corporations—to come up with the money for it. In return, the donors will qualify for federal tax credits. That means it’s not even a “federal program” in the usual sense; it isn’t run or paid for by the federal government. It’s optional for states. And it won’t appear in the federal budget, though the tax credit mechanism would somewhat reduce federal revenues. (Deficits and the national debts have not, however, loomed large on the list of things that trouble the Trump team and its current Congressional allies.)

For me, there’s much to applaud in this proposal, not just because I favor almost every form of school choice but also because the plan is so flexible, customizable, and adaptable to the contours of education needs, priorities, and politics of individual states. It encourages private people (and companies) to deploy more of their own money to make more education choices available to more kids. It’s a distant cousin of the recent move by Congress to allow some of the (private, but tax-sheltered) dollars in 529 plans, previously limited to college costs, to be deployed for K–12 school choice, the key difference being that, via 529 plans, people aid the education of their own children and grandchildren, which isn’t permissible under the EFF initiative.

It needs to be noted that eighteen states already have some sort of tax credit scholarship program and proposals to create more such—and expand those that exist—are already under discussion in a number of places. Enactment of the new DeVos plan would likely lead to somewhat faster movement on this front—though since many of the programs already operate via non-profit organizations, donations to them are typically already deductible from federal income taxes (deductions, not credits, however, and only for those who itemize).

But blue states are typically allergic to school choice, especially the private kind, so one ought not expect a big eruption of new scholarship programs in lots more states, even with the federal incentive, and even though a state’s customized version need not even go near private-school choice. (Possibilities include CTE, Advanced Placement, out-of-district public schools, summer programs—really anything in the legitimate K–12 sphere that a “scholarship” could help one obtain.)

The larger political point, however, is that while a plan such as this might have made it through the previous Congress as part of the big tax reform bill, its political prospects in the present House of Representatives are pretty sketchy. Indeed, school choice advocates are already concerned about the fate of the well-established charter-school program—limited as it is to public schools!—considering the ever-lefter leanings of growing numbers within what’s now a Democratic majority.

Even on the right, some have misgivings as to whether the feds should tiptoe further into the choice waters. The education-policy teams at both Heritage and Cato have weighed in against proposals such as DeVos’s, essentially on grounds that this is none of Washington’s business and that everything Uncle Sam touches leads in time to onerous over-regulation and more shackles than opportunities.

Once upon a time—late 1970’s!—I stood by the side of the late Senator Daniel P. Moynihan as he and Senator Bob Packwood did their level bipartisan best to persuade their colleagues to pass a “tuition tax credit” measure that the House had already agreed to. Opposed by every part of the public education lobby as well as the Carter administration, and ultimately left dangling in the wind by the powerful Democratic chairman of the Senate Finance Committee (Louisiana’s legendary Russell Long), we failed. A few years later, a similar initiative by President Reagan also failed to get traction in Congress.

It’s not a great track record at the federal level for any form of K–12 choice that involves private-school options—even as a thousand programs encourage (or even mandate) private options in just about every other realm of American life, including pre-school and college. It seems to me unlikely that the DeVos initiative is going to have a positive outcome on Capitol Hill, at least not this year or next. But it also seems to me to be a thoughtful, flexible, workable—and blessedly modest—initiative and I sincerely hope that it, or something like it, eventually becomes real. I’ve long been disgusted by the singular political rejectionism that ghettoizes this one expression of “privateness” and freedom in a nation that otherwise applauds, accepts, even depends on them, and generally assists them to thrive.