Let’s get ready for stimulus 4.0 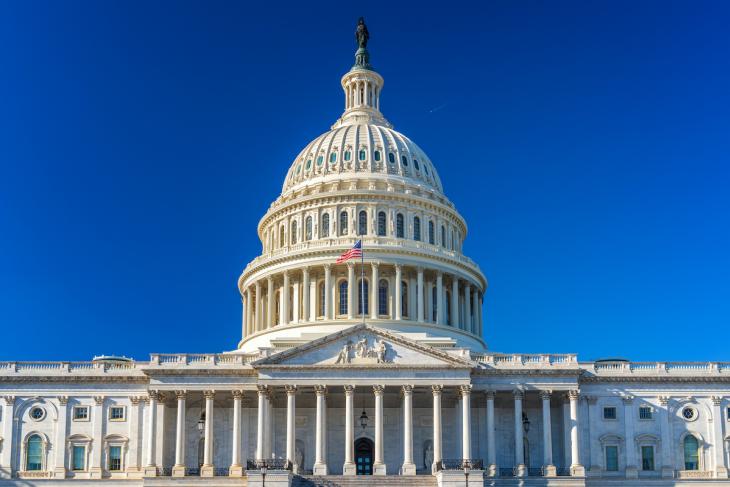 As a veteran education advocate who prides himself on paying attention, I missed the boat on trying to inform the federal government’s $2 trillion CARES Act, the third and largest stimulus bill so far. I shouldn’t have.

The COVID-19 crisis had loomed since January, but by the time I got on the phone with a staffer from Delaware’s U.S. delegation, the bones of the package were already being debated in the Senate. By the time I zoomed out to some of my friends nationally and kicked some ideas around with my team, the debate was nearly over.

But before the ink was dry on the CARES Act, Speaker Pelosi was already talking about the Phase 4.0 stimulus. (See here for a good summary of this package and the ones that preceded it.)

So, housebound though we may be, let’s shake off our COVID malaise and get busy.

The need is obvious. Currently, more than half of the nation’s 50 million kids are not attending traditional K–12 schools, many of them poor, homeless, not speaking English, and/or requiring special services. As the virus spreads, there’s a good chance the entire public school system will go remote. Come autumn, without intervention, many will have gone the better part of six months with little to no structured academic support. (See CRPE’s survey of districts moving to online.) Our already-wide achievement gaps will expand. (See Rotherham’s argument for why our schools should stay open this summer.)

Beyond K–12, there’s a high likelihood another 40 million young people will either not be in our early childhood centers (around 20 million) or not be in our colleges and universities (another approximately 20 million), and they are equally vulnerable. While, collectively, this group—ranging from babies to young adults—represents about 90 million people, or more than a quarter of our entire population, they received only about 1 percent of the resources in CARES.

CARES is understandably focused on helping the unemployed and their employers, as well as addressing pressing healthcare needs. The final package dedicated about $30.75 billion to education out of $2.2 trillion. A significant sum, yes, but far less than the nearly $77 billion in the 2009 ARRA stimulus. (For additional detail, see here.)

As in 2009, “State Fiscal Stabilization Funds” will be critical in filling gaping holes in education budgets that will be crushed going into 2020–21. (See this webinar by Margurite Roza, Director of the Edunomics Lab and a Research Associate Professor at Georgetown University.) This is a much-needed effort to keep the current system afloat. (See the recommendations of Rodel, of which I’m president and CEO, on CARES.)

Yet we can do far more with the next round of stimulus, which could come as early as May. While some of that round will surely be needed to fill budgetary holes, it’s also an opportunity to think bigger. This, coupled with presidential campaigns framing their transition plans over the summer, is an opportunity for the education community to engage our local, state, and national partners to advance bold strategies that could help address some of the inequalities baked into our current system.

Here are three ideas that would improve Phase 4, some of which are included in CARES or could be supported by CARES funds if pushed further.

Prepare for remote learning at scale. Our schools were caught flat-footed by COVID-19, especially in districts with large numbers of historically underserved students. (See CRPE’s helpful report). Given how many kids will be woefully behind by September, isn’t this a great time to migrate to competency-based, technology-enabled, personalized learning systems? We don’t even know when children will be going back to school, and this might not be the last viral epidemic. While our schools have experimented with online and remote learning for more than a decade (and there are exemplars, on which CRPE, New Schools and Next Gen Learning have more), we are far from accomplishing this well at scale. Wi-Fi deserts still exist, and many kids lack workable devices. Delaware’s public and private sector leaders, as in many other states, have envisioned a world in which every child has a digital portfolio that highlights their work and mastery, as well as access to broadband and online learning platforms. (See Student Success 2025). This, however, also requires a massive investment to ensure that our teachers can work with these tools and systems to deliver inspired instruction. Now might be our moment to make this a reality.

Expand economic on-ramps for youth and adults. Astronomical unemployment numbers await. How can we ramp up what many governors are already doing to advance CTE and open career pathways for all kids so that, besides giving the next generation a leg up, we also assist newly unemployed adults to get back on their feet? “Career pathways,” like the ones in Delaware, are being built across the U.S. and consist of new partnerships among high schools, higher education, and business. These pathways encompass the full range of careers, and they enable young people to acquire meaningful work experiences, as well as college credit and certifications that they can take anywhere in the country and make a good starting wage. Existing federal funding streams like Perkins and WIOA support this work. Why not expand those investments and embed them in an audacious plan to rebuild our infrastructure and support emerging industries? (See more on how this could impact IT from Zoe Baird.)

Strengthen pre-K and early learning. The research is clear: Most brain development occurs before age five. (See here for more on brain science.) But throughout the U.S., Delaware included, early childhood providers make barely more than minimum wage and education quality varies widely, with low-income students and students of color much less likely to be in high-quality settings.

As we struggle to get the nation back to school and work, parents will need a strong early childhood support system. How about we envision high-quality, full-day pre-K for all three- and four-year-olds; greater subsidies and quality improvement dollars in early learning centers; and a childcare workforce that makes a living wage, so they can come off public assistance and have a career path?

That needn’t be the end of it. We should also—for example—work to create a much better prepared and more diverse teaching force and design data systems that link across education, health, housing, and labor outcomes. The immediate point is to get the ideas on the table fast, initiate the debates, and flesh out the ones that stick. The goal ought to be that, by May, House and Senate leaders have in hand thoughtful, concise briefs informed by an equity lens and backed up by legislative language, sound budget projections, broad coalitions, and solid data.

This will be a long haul. There could very well be Phases 5, 6, and 7. In the next couple of months, however, I hope we can get ready for Phase 4. As the country gets back on its feet, we needn’t simply rebuild what was. We can, and should, reimagine what could be. This is our way to play a role. Our children and our nation need us to do more than shelter in place.

Paul Herdman is president and CEO of Rodel, a nonprofit organization that partners with Delawareans and educational innovators from around the world to transform public education in the First State.

Paul Herdman is president and CEO of Rodel, a nonprofit organization that partners with Delawareans and educational innovators from around the world to transform public education in the First State.