It’s been called “one of the most brazen cheating scandals in the nation.”

The Crescendo charter-school network in southern California combined strict academics with arts and music, and its schools’ past test scores were impressive—but, apparently, tainted. According to a recent Los Angeles Times report that cited two separate investigations, principals of the Los Angeles-area schools—following orders from the founder and CEO—gave copies of upcoming state tests to teachers to study, and perhaps also to students to practice and prep using actual questions from the test itself.

The investigations blamed John Allen, Crescendo’s founder and CEO. According to the L.A. Times, “Allen’s biggest fixation was test scores.” Sources noted that he was driven by a desire to be “better, better, better, best.” At one point, he reportedly told the staff at one school, “You better score a 900 this year” (out of 1,000 points possible on California’s Academic Performance Index). Apparently, there were threats to principals and teachers if they didn’t “get with the program.”

As word leaked and an investigation began, Crescendo’s teachers were allegedly told to deny having seen the test: A cover-up was added to the original misdeeds.

In the end, all six of Crescendo’s schools were shut down, 1,400 students were forced to find new schools to attend, and teachers lost their jobs.

Unfortunately, this was no isolated incident in American education. Testing scandals have dogged Washington, D.C. and Atlanta, while allegations of improprieties have also tainted schools in Florida, Texas, Michigan, Maryland, and elsewhere.

Cheating is, of course, not only a staff matter. Large numbers of high school students admit to cheating (e.g., cheating on tests, plagiarizing, copying homework, and more) according to surveys from Rutgers and elsewhere. Leaders, however, bear ultimate responsibility for the behavior that occurs in their organizations—from hiring people of character to addressing ethical questions and violations when they arise. Too often, though, we just shake our heads in disgust at evidence of cheating instead of pausing to distill the lessons and preventive steps for administrators, authorizers, teachers, and anyone else in a position to have stopped it. As a result, the cycle of scandal repeats, ad infinitum.

What could school leaders learn from the Crescendo debacle?

1. It’s not just about results; it is also about how you achieve them. As we detail in our new book, Triple Crown Leadership: Building Excellent, Ethical, and Enduring Organizations, excellence alone (e.g., high test scores) is not enough. We need enduring and ethical excellence—the “triple crown” of leadership.

Leaders of schools and school systems—charter networks most definitely included—surely must insist upon good results, including high levels of academic achievement and growth for all students. But if leaders don’t address the ethical imperative along with the excellence imperative—and declare again and again that the former cannot be trumped by the latter—they risk sending the wrong signals.

“We need to a get a score of 900 this year,” Allen reportedly declared. “Do whatever it takes to make your numbers this quarter,” the CEO says, so the team borrows sales from the next quarter to hit today’s targets, and then feels the squeeze even harder the next time. And so on. Whether in the classroom or the boardroom, it’s an unsustainable shell game.

2. It’s not just about the leader. Leadership is a group performance, not a solo act. We cannot just look to the top. Teachers and other staff must step up and fight for the ethical imperative by “leading from below.” As such, they become “stewards” of a culture of character in the school. If not, they become complicit in the transgressions. It is not okay for teachers to wipe their hands and leave it to the administration.

Leadership is a group performance, not a solo act.

In the case of the Crescendo cheating conspiracy, principals and teachers went along with Allen’s scheme. The truth might not have emerged without the courage of whistleblowers, a group of teachers who reported the matter to the L.A. Unified School District, which authorized the charter schools. It was a brave act of ethical leadership in a toxic environment. We need more such acts—and more teachers who accept the responsibility of leadership, even when they lack formal authority or the official title of “leader.” One reason such scandals are widespread is  because people are good at rationalizing bad behavior: “It’s not my call”; “I was just following orders”; “everybody’s doing it”; “the students need to learn this stuff anyway.”

3. Ethical violations warrant decisive action. According to the investigations, Allen admitted cheating to the Crescendo board president, saying “he got carried away,” yet the board did not fire him immediately. In the end, however, district officials sanctioned Allen, suspended most principals, mandated ethics training, and closed the schools.

In the absence of decisive action from the Crescendo board—an egregious failure of leadership that worsened the scandal—action was left to an outside entity (the charter authorizer). But with effective internal stewardship (from teachers, other staff, and the Crescendo board) earlier on, actions by external stewards (district officials) might not have been required.

In an age awash in letdowns and scandals, educators and education leaders—principals, superintendents, charter-school CEOs, teachers, and on—would be wise to re-learn these lessons and apply them with greater care and fortitude going forward. 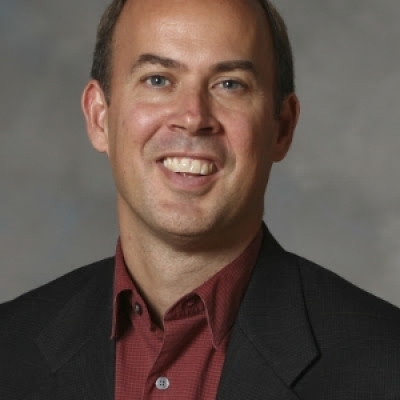 Gregg Vanourek is one of the Fordham Institute's founders and a leading expert on executive leadership development.