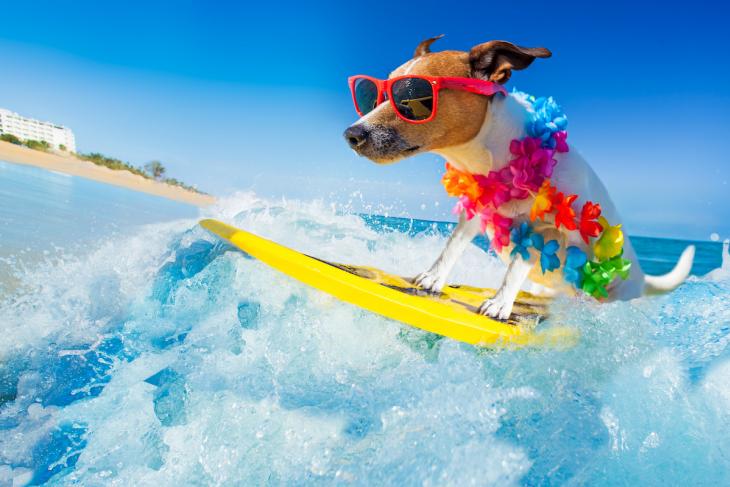 This internal teachers union memo, released via Twitter late last night, has been making waves across the country. As is our tradition, we at Fordham are withholding any judgment or commentary, instead passing on only the unbiased facts.

I write to set the record straight on various rumors and questions that have arisen among union staff in recent weeks. As you know, our national office and local branches have been working together to draft new teacher contracts in the face of burgeoning strikes across the country. In these contracts, we seek to incorporate valuable concessions for the well-being of teachers and students. However, some rumors that have reached my ears are, quite frankly, comically incorrect, and it is time to correct some of these misconceptions.

1) Are teachers in Hawaii requesting that ten days of “surfing holidays” be included in the new school calendar over the first week of September and last week of May?

No—that would be impractical. Hawaii teachers are actually requesting ten floating surfing holidays, which will allow for ten days off at variable times in the year based on wave forecasts.

Local union representative Hangten Johnson explains that school calendars have often been dictated by local weather. “In farm country, schools traditionally scheduled vacations around harvests. This is a similar idea, but waves are more unpredictable. Floating holidays allow for that variability,” Johnson says, adding, “Plus, it’s the students who really benefit. Now they don’t have to skip class to ride the best waves.”

2) Are teachers in Fairbanks, AK, requesting that every classroom be equipped with a therapeutic vitamin D bulb, at a cost of several thousand dollars?

Of course not. That type of half-baked measure might work in balmy Anchorage, but not in Fairbanks. There, teachers are reasonably requesting that all light bulbs in the district’s ten school buildings be replaced with therapeutic vitamin D bulbs, at a highly reasonable cost of just under $3 million.

Local union leaders also acknowledge that, while the bulbs might help to address rampant seasonal depression among staff, they will do nothing to address their anxiety about living so close to Russia.

3) Are teachers in Kansas City, MO, requesting a half-day off the morning after the season finale of ABC’s The Bachelor?

The union would never support such a measure, which rests on the faulty assumption that only the show’s finale is emotionally taxing enough to require teacher recovery periods. To truly support the students, these half-days must be scheduled every Tuesday morning for ten weeks—plus two additional Wednesday mornings off during the final two weeks of the show.

As local third grade teacher Des Prate explains, “Even though the show is over by 10 p.m., it’s emotionally taxing for many of us. When Sydney quit in week six, I was up crying at three in the morning. Students shouldn't have to see their teachers in such emotional and physical distress. It’s not conducive to the classroom environment. These mornings off allow us to decompress. It’s very good for the children whose social-emotional learning will improve because their teachers’ social-emotional lives have improved.”

Ms. Prate could not comment further, as she was emotionally overwhelmed.

In light of the leak, Ms. Winegarden, released an uncharacteristically brief statement: “It’s all for the kids.” She’s yet to respond to requests for further comment, but that’s not surprising given this morning’s wild surf.