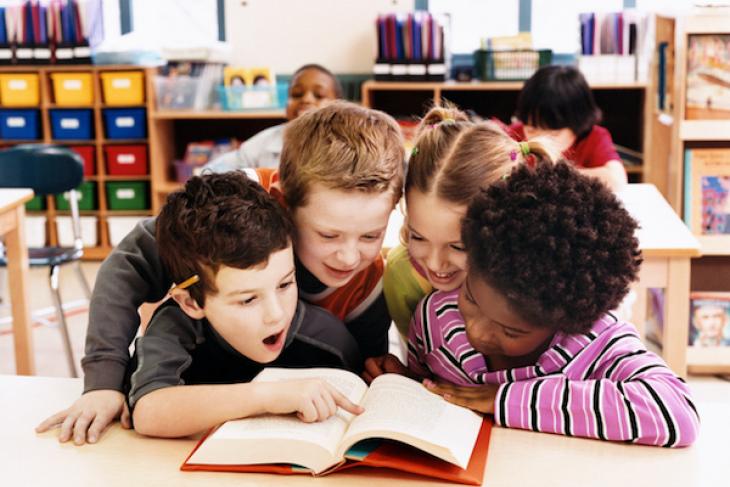 It’s now a fairly well established fact that under No Child Left Behind, and to some extent during the years leading up to it, instructional time spent on reading in schools grew—at the expense of social studies and science (and probably the arts).

There was a certain logic at work. In most states, accountability was based mainly on reading and math tests—not science, history or geography tests. And the reading standards on which the tests were based were typically free of subject-matter content—focusing instead on such generic reading “skills” as syntax, finding the main idea, and identifying author’s point of view. From the perspective of teachers and administrators, focusing precious instructional time on these generic reading comprehension skills rather than the subject matter would seem to make sense.

Unfortunately, as anyone who is familiar with E.D. Hirsch’s work knows, this approach is counterproductive because reading comprehension depends hugely on the background knowledge that the reader brings to the text. Knowledge builds vocabulary, and when the reader doesn’t understand the words in a text, comprehension suffers. More broadly, background knowledge lets us tap into our existing knowledge to make sense of the words we read. To use an example often used by Hirsch: Imagine a Brit, with full fluency in English but no familiarity with baseball, trying to understand this simple sentence, Jones sacrificed and knocked in a run. Or, for a more school-y example, consider this: A young reader sounding out the word Ant-arc-ti-ca will have a light bulb go on if she has learned about that icy planet; another reader may be able to sound it out but won’t have a clue what it is if she hasn’t learned anything about geography or science. It will be a whole lot easier for the first child to answer questions about the passage, whatever they might be, regardless of how much practice she’s had “finding the main idea” and such.

But now we have Common Core State Standards in English language arts—and tests based on them—that call for students to be educated in a way that develops their “base of knowledge across a wide range of subject matter.” This admonition, though, is found in the narrative that backs up the standards, not in the more widely distributed and better known “anchor standards.”

I wondered: Do the reading tests based on the new standards—specifically the Partnership for Assessment of Readiness for College and Careers (PARCC) and Smarter Balanced Assessment Consortium (SBAC) assessments—reflect and reward Common Core’s call to build broad knowledge? Or do they track the more generic anchor standards? What type of academic content is embedded in these assessments? If elementary teachers knew what was on these tests, would they be encouraged to devote lots more time to science, history-social studies, and the arts?

I reviewed for the Knowledge Matters Campaign the test items that have been publicly released by these two assessments. PARCC was used in eleven states (including D.C.) in 2015; SBAC in seventeen. Both regard their released items as good reflections of the actual tests taken by students in 2015. I thoroughly reviewed the released third-grade items, which arguably would be the least knowledge-dependent and most skills-heavy of all the tests. I focused on the assessment items that were based on informational reading or listening passages, and I excluded freestanding questions specifically aimed at measuring other aspects of language development such as writing, language conventions, and spelling. I also conducted a more cursory review of the fifth- and eighth-grade tests to see if my findings about third grade held up in the later grades. (For a more comprehensive review, see Fordham’s study, Evaluating the Content and Quality of Next Generation Assessments.)

I found that the reading passages of both PARCC’s and SBAC’s third-grade assessments are content-rich and contain challenging vocabulary. Schools that want to boost test scores would be wise to beef up instruction in content knowledge in the early grades—which thankfully would be good for kids, too.

The knowledge and vocabulary that are embedded in these passages ranges across basic astronomy; human and physical geography; cultural adaptation; units of measurement; space travel; biological, physical, and evolutionary processes; manufacturing processes such as logging and papermaking; and a heavy dose of animal characteristics and habitats.

A short review of the released items from the fifth-grade tests turns up passages best comprehended by students who have been exposed to additional ideas, topics, and facts, including: the experience of immigration and the role of lighthouses in seagoing cultures (in two literary passages); the effect of humans on the environment and sea animals; crickets and the physiological process that promotes chirping; Renaissance Italy and the Leaning Tower of Pisa; evolution and animal behavior; and more. In eighth grade, released passages draw on: knowledge of the invention process; how the telegraph and phonograph work; how sound waves function; the basics of business and commerce (patents, ventures, and entrepreneurs); the meaning of radicalism; Ansel Adams and the art of photography; and familiarity with terms like finance minister, Federal Reserve Bank, inflation, taxes, and more. The range of topics and the depth with which they’re addressed ratchet up with each grade.

Note that what I’ve listed is the knowledge that is embedded in assessment items that have been publicly released. We don’t know the topics that are addressed in the non-released test items—for any grade. Nor do we know the universe of topics from which these items were chosen or from which future ones will be chosen. But the released items are consistent with the kinds of topics that are set forth in the best state science and social studies standards—and, happily, but, to a lesser extent, arts standards—for the items’ respective grades. We can take a leap and reasonably surmise that the full range of topics and domains that are embedded in these assessments is much broader than what is found in these released items and that it is also consistent with these standards.

Preparing students to score well on these tests requires systematically and deliberately exposing them to and instructing them in a rich, broad curriculum of science, history, geography, and the arts, starting at the earliest grades and continuing through every grade.

Happily, this is the same kind of curriculum that will prepare them well for their middle and high school classes in social studies and science. If the world of elementary schools better understood that these assessments are substantially—even primarily—tests of knowledge, not just skills, they would realize that the best test prep for all our students is engaging instruction based on a rich, well-rounded curriculum, starting as early as possible, preferably even before Kindergarten.

Simply put, a good education is the best prep for these tests.

Ruth Wattenberg is a writer, researcher, and policy analyst. Formerly the editor of American Educator and director of educational issues for the American Federation of Teachers, she is currently a member of the DC State Board of Education. This blog entry is based on her study for the Knowledge Matters Campaign, Inside the Common Core Reading Tests: Why the Best Prep is a Knowledge-Rich Curriculum.