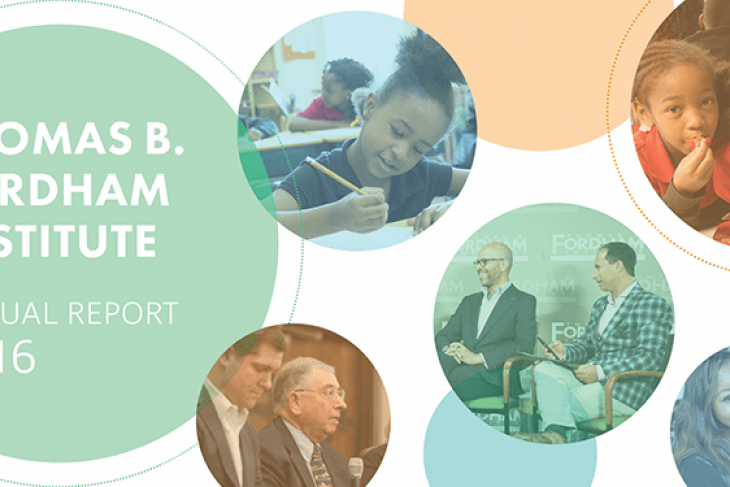 Editor's note: This letter appeared in the Thomas B. Fordham Institute's 2016 Annual Report. To learn more, download the report. 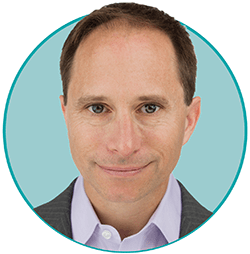 For many of us, 2016 was a year to be forgotten, thanks to the nastiest, most divisive election in our lifetimes. Sadly, the stresses and animosities of Trump versus Clinton spilled into the education debate as well, raising the temperature many degrees and at times pitting natural reform allies against one another. To make matters worse, disappointing findings from the latest PISA study came in like the polar vortex to close out the year. Good riddance to all that!

It wasn’t, however, a complete waste. Real progress was made on several fronts, both nationally and in Fordham’s home state of Ohio. To its credit, the outgoing Administration put the pedal to the metal in implementing the Every Student Succeeds Act. And though sometimes it seemed as if Education Secretary John King and his team were blind to that law’s intent to shrink the federal role, the final accountability regulations released in November 2016 represented a reasonable compromise.

We were particularly pleased that the Department of Education heeded calls voiced by Fordham and others that states not be forced to measure academic achievement using only proficiency rates. America sorely needs to shake the No Child Left Behind–era practice of focusing only on the “bubble” kids—students just below proficiency—rather than the progress of all our children. Giving schools credit for pupil success at every level is an important step forward, especially for high-achieving low-income students. (We are less than thrilled, then, that Congress might end up taking a sledgehammer to the final regulations.)

In August, we released High Stakes for High Achievers: State Accountability in the Age of ESSA, examining the extent to which states’ current (or planned) accountability systems attend to the educational needs of high-achieving students.

Of course, the most impactful actions—on ESSA and everything else in K–12 education—are in the hands of the states, and we’ve been working hard to persuade state policymakers to take full advantage of their newfound flexibility to build accountability systems of which they can be proud. Most states have made huge strides in recent years in raising standards and adopting tougher, more honest tests—changes that have largely endured despite fracases over the Common Core and testing.

Now they need to buttress these higher expectations and better assessments (especially PARCC and Smarter Balanced, which our landmark February 2016 study found to be of exceptionally high quality) by grading schools in a fair, rigorous way. Two Fordham studies—High Stakes for High Achievers and High Stakes for High Schoolers—point the way, and we’re heartened to see some states already moving in the right direction with their draft ESSA plans.

In February, we released Evaluating the Content and Quality of Next Generation Assessments, which examined and ranked three multi-state tests (ACT Aspire, PARCC, and Smarter Balanced) and one best-in-class state assessment, Massachusetts’ state exam (MCAS).

In Ohio, meanwhile, reform of the state’s troubled charter school sector has continued apace. A new accountability system for charter authorizers produced its first ratings. Though that process needs considerable refining, it represented an important step toward real quality control. (Our own charter-sponsoring shop was honored to be deemed “effective,” one of just five Buckeye authorizers to receive that accolade.) We’re already seeing other positive outcomes from 2015’s charter-reform statute, including the highest number of performance-driven school closures in years. 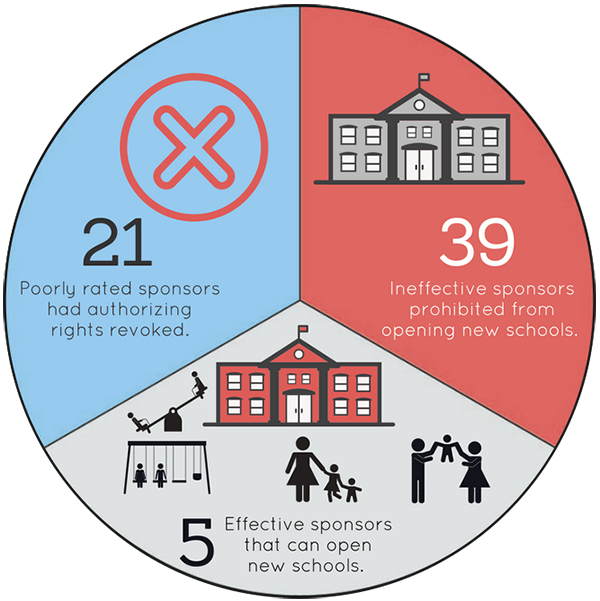 The first ratings from Ohio's new,
rigorous authorizer evaluation system
were released in 2016.

Looking forward, 2017 marks the twentieth anniversary of Fordham’s modern incarnation as a school-reform organization. We expect the new year to bring many exciting developments and riveting debates, especially on the topic of school choice. We feel as if we’ve been prepping for two decades now, having demonstrated a steadfast attention to parental choice, school accountability, and federal policy. With Betsy DeVos as Secretary of Education, we suspect those three strands of reform are about to intersect in a big way. And we intend to be ready.