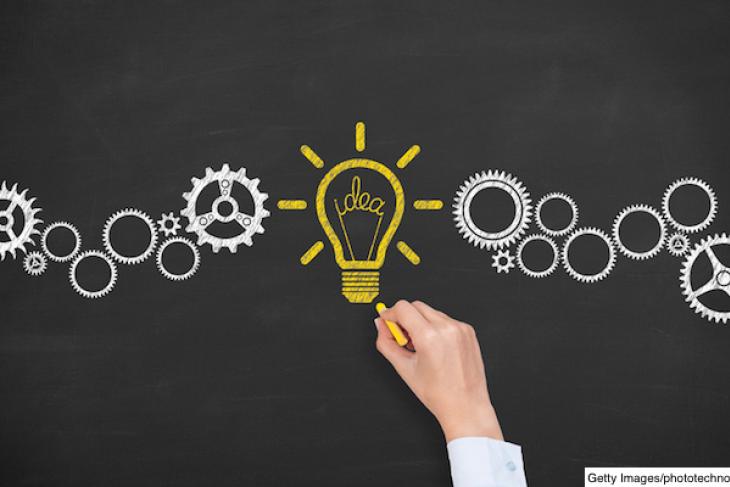 Every once in a while, American K–12 education is overwhelmed by the conviction that its basic design is obsolete and that it needs somehow to reinvent schooling. One hears statements such as “If Rip Van Winkle were to awaken today from a century-long slumber, the only institutions he’d recognize would be schools and cemeteries.” We hear of education being stuck in an “industrial model.” And we observe educators, policymakers, and philanthropists scurrying to replace the schools of their childhoods with something different for their children and grandchildren to attend. We always seem to be, in the memorable phrase of Larry Cuban and the late David Tyack, “Tinkering Toward Utopia”—although those engaged in what generally ends up resembling tinkering actually fancy themselves to be bold revolutionaries.

We went through a phase of this a century ago when educators and policymakers sought to apply Frederick Taylor’s principles of “scientific management” to our disorderly collection of locally devised schools.

We went through a further round in the 1920s and ‘30s as notions of child-centered education and “social efficiency” permeated the schools.

We went through another round in the 1960s and 70s as “open classrooms” proliferated, schools were desegregated and detracked, and sundry curricular innovations (e.g., “whole language” reading and “new” math) kicked in.

We went through another round in the early 90s with “New American Schools”—a purposeful effort by Bush 41, Secretary Lamar Alexander, and former Xerox head David Kearns to “reinvent” the school—and a parallel effort led by Chris Whittle in the private sector (the “Edison Project”).

And we’re going through another round today, with initiatives such as “Reimagining Learning,” led by Stacey Childress and her team at the NewSchools Venture Fund; the Emerson Collective’s XQ SuperSchool project; Marc Zuckerberg’s efforts to “personalize learning”; and any number of technology-centric undertakings like Summit Public Schools, Carpe Diem charter schools, and K12-operated virtual schools.

Unlike more traditional societies, Americans have always been fascinated by “the new,” and that’s why, historically, a lot of inventing, discovering, and innovating has happened on U.S. shores. (That’s why, for example, so many Nobel Prizes have been conferred on Americans—including people who immigrated to this country because it was more hospitable and generous with research and discovery.) Every sector of our lives shows the after-effects of repeated cycles of innovation, many—but not all—of which have improved our lives. Some have been transformative. Some have simply been transitory, even frivolous.

In K–12 education, every reinvention effort gained some traction for a while and left a legacy behind. Indeed, one way to depict U.S. public schools circa 2016 is a vast archeological dig with layers of earlier civilizations visible as we excavate and with the pottery shards and tools that each used now heaped messily all over the place.

One may fairly ask whether the cumulative effect of all this innovating and reinventing has been profound and positive or superficial and confusing. How much good has it really done? To what extent are today’s schools truly different from those my parents attended ninety years back? And how much does that really matter? If they’re not palpably better—more effective, more impactful—we may have wasted a great deal of time, effort, and money while attempting to make them over.

Each cycle of reinvention fancies that it’s the “disruptive innovation” (in Clayton Christensen’s term) that will squeeze out the old model and replace it with something different, something more efficient, effective, and appealing. In the end, however, the net effect seems more like “tinkering” with the old model. The schools just aren’t all that different. Yes, they have whiteboards and tablets. They have different furniture, lighting, heating, and (sometimes) cooling. They have smaller classes and more ancillary staff. Many have added pre-K and afterschool programs. But fundamentally different? I think not.

Occurring in rough parallel have been all manner of external policy changes—standards, accountability, choice, teacher evaluation, funding shifts, categorical programs, etc.—that may have advanced, retarded, or simply ignored the innovators. Some were coordinated, such as the federal “e-rate” program intended to get schools online and thus make modern communications and IT tools functional within their walls. Mostly, though, I’m struck by how few fundamentals have been altered by a century of reinventing and innovating with the model itself. The school day and year aren’t much different in many places, in most of which the educational sequence is still divided into twelve grades. The essential “technology” of instruction is still a solo teacher in a four-walled classroom with fifteen to thirty kids. The curricular core remains quite similar to what it was when I—and my parents—went to school. And school governance, administration, and professional preparation still resemble the arrangements devised by progressive-era reformers and “cult of efficiency” managers.

From where I sit, the biggest changes in U.S. K–12 education have been those forced by policy shifts outside the schoolhouse: the right of millions of families to choose their school rather than being told where to go; the emergence of statewide standards and accountability regimes; and the appearance of more non-district public schools—charters mainly—even as the traditional private sector has shrunk. Yet the majority of those new schools, once you walk inside, are awfully similar to the schools to which they are alternatives.

Will the NewSchools Venture fund catalyze a different outcome, a truly and fundamentally different sort of learning environment for children? Will the Gates or Walton Foundations? The Emerson super-school? Chan Zuckerberg’s efforts at personalization? They’ll surely introduce more technology, and more classrooms will be “blended” and perhaps also “flipped.” They will strive to customize and individualize the learning experience and to help more students “own” their own learning experiences. All such efforts will, however, collide with the hoary structures, habits, and patterns that have led us to organize schools the way we have for so many decades. Real personalizing of education, for example, would disrupt just about everything: from school architecture to teacher preparation, from state academic standards and grade-level class assignments to the scheduling of the period, the day, the week, and the year. I think it makes sense to move in this direction, but I can’t see it happening at more than a snail’s pace. In the end, I suspect, it will end up looking awfully much like more tinkering. Utopia will remain the goal.

I’m all for it, for all the experimenting, innovating, and reinventing that anyone has the imagination and money to undertake. But let’s do it in an experimental mode, evaluate the bejesus out of it, and not put all our eggs in any one utopian basket. Let’s recognize that some of the most appealing (to me, at least) and high-performing new schools in the land are innovating in a “back to the future” sense, places like Great Hearts Academy with its focus on character and classics, the Latin-centric schools that have arisen in Washington and Brooklyn, the Reno- (and now Internet-) based Davidson Academy for highly gifted youngsters, and career-tech programs that integrate the classroom with the world of modern work. Much of what’s good about today’s policy regimen of common standards but independently-operated schools of choice is the enhanced capability of school innovators to strike out in potentially promising directions that may work well for different kids. I don’t want my grandchildren to go to schools that resemble the ones I attended, but neither do I want any given innovator, zillionaire funder, or snake-oil vendor to think he or she knows what’s best for them. Let’s encourage plenty of education flowers to bloom and welcome school diversity, loosely united by common standards and metrics. But let us not bow before the trendy, the fashionable, the politically correct, or the assumption that different is always better.