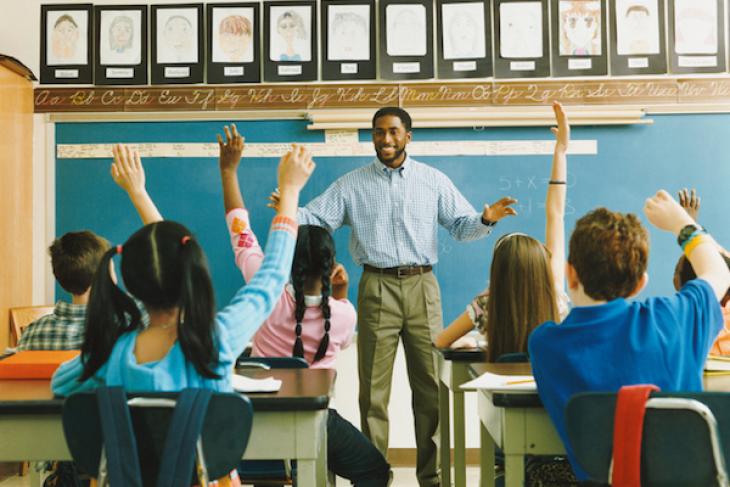 School failure is no longer the United States’ most pressing educational problem—mediocrity is. Both Trump and Clinton could do a lot of good by changing the tone of the education reform debate—and backing it up with a few discrete changes in policy. Specifically, they could shift the conversation from “failure” and focus it instead on “excellence.”

This is particularly the case for Trump, who found himself in hot water recently for saying to African Americans, “You live in your poverty, your schools are no good, you have no jobs, 58 percent of your youth is unemployed.” Understandably, much of the black community took offense to his inaccurate assertions on poverty and employment. But his claim about schools is problematic too.

For sure, we’re used to hearing that, and some of us are used to saying it. Indeed, many schools serving African Americans (and Latinos and low-income students) haven’t been very good. Some are still failing. But the truth is that they have gotten better over the past two decades—a lot better. The typical African American fourth grader is reading and doing math two grade levels ahead of where the previous generation was back in the 1990s. That’s enormous progress.

That’s the good news. The bad news is that “better” still isn’t enough. On average, African Americans, Latinos, and low-income students are still years behind white, Asian, and affluent peers. They are graduating high school in higher numbers than before, but they aren’t making much progress in college completion, mostly because too many aren’t ready for college in the first place. They need excellent schools, not just “not bad” ones.

So what might the next president do to promote excellence? First, as states develop their new accountability systems under the Every Student Succeeds Act, he or she could encourage them to focus as much on recognition of their high-performing schools as they do on punishments of their worst. Ohio’s Momentum Awards (for schools showing super-fast student-level growth) and All-A Awards (for schools earning straight As on their report cards) are great examples. Note that Ohio gives those awards to any public school that qualifies—whether it is a traditional district school or a charter school. That’s the right approach to emulate.

The next president could also encourage states to pay more attention to students who are doing work not just at grade level, but above it. A new analysis from Fordham found that most state accountability systems maintain one of No Child Left Behind’s fatal flaws—a primary focus on getting students to the “proficient” level of achievement. This encourages schools to ignore their high flyers. This is particularly problematic for low-income, high-achieving students, who tend to lack access to “gifted and talented” programs and similar initiatives. The next president should make it clear that our advanced students deserve our attention too, and states should send clear signals that they matter by holding schools accountable for their progress.

Whether it’s Trump or Clinton, the next occupant of the Oval Office is unlikely to do much on elementary and secondary education in his or her first term. That’s mostly because Congress just finished its work on K–12 education nine months ago in the form of the Every Student Succeeds Act.

Still, a presidential focus on excellence would enliven the education discussion and serve as a sign of true leadership. Candidates: How ’bout it?

Editor’s note: A slightly different version of this essay originally appeared in the Washington Post.