Implementing higher literacy standards or putting on a show? 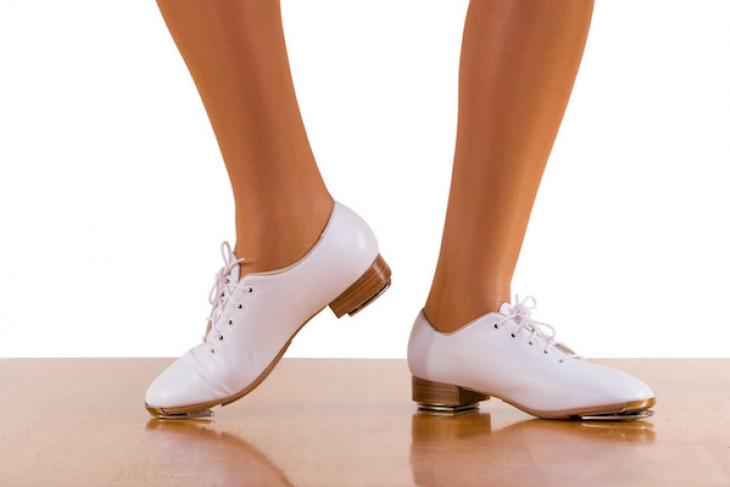 Back in the 1930s, Judy Garland and Mickey Rooney always seemed to be putting on a show. They were going to be sent to a farm to work for the summer in Babes in Arms, but they wanted to go to Broadway instead—and they did!

I love that whole idea of Judy and Mickey with their teenage backs to the wall, singing and dancing their way to success (and into our hearts). Younger folks might prefer a more recent analogy—like Footloose—but then I’d have to be a younger blogger who is less than six degrees of separation from Kevin Bacon.

I’m not the only one who appreciates the spunk and eventual success manifest in these films.

Just look at the Common Core State Standards (CCSS). The idea was that American education was on the ropes, so let’s adopt high standards that will set college- and workplace-ready goals for U.S. schools and…

And hey, kids, let’s roll up those sleeves, dance and sing like crazy until the world is a better place and everyone can read and write well enough to learn and work and participate in our techno-centric civic and social life. Oh boy, I can’t wait for the big performance number at the end in which even the poorest kids get to raise their voices to show that they can read well, too. MGM would be very proud.

Unless they read the new report released this week by the Thomas Fordham Foundation, Reading and Writing Instruction in America’s Schools by David Griffith and Ann M. Duffett.

In 2012, Fordham surveyed America’s English language arts (ELA) teachers to determine what their CCSS-relevant instructional practices were. (That was when CCSS was first issued.) Now, eight years after wide adoption of these standards, they've surveyed teachers again.

Whether you think the education system is as audacious, exuberant, entertaining, and successful as Mickey and Judy (or Kevin) depends on which part of the report you read.

Sure, there are more teachers teaching reading with expository text and narrative non-fiction. There has also been an increase in the teaching of vocabulary. And more teachers are asking kids to support their answers with evidence from the texts. (Thank you, CCSS.)

But those were the simple shifts. America’s schools were already increasing exposition and vocabulary teaching in the reading curriculum during the decade leading up to CCSS, and asking kids to show where their answers were coming from is a pretty simple adjustment. (The first reading class I took in 1969 stressed that, too, so it’s not exactly revolutionary.)

What about some of the more challenging CCSS-inspired shifts? Teaching with complex text, having kids write about content, using ELA instruction to build kids’ cultural literacy and domain knowledge? Let’s just say that Judy and Mickey wouldn’t have been happy with our efforts. They’d be plowing and milking this summer instead of dancing and singing.

Are teachers more focused on content writing (that is, having kids write about historical, social, and scientific ideas), or are they having kids write about personal stuff and what they already know? According to the report, teachers have doubled down on the personal at the expense of academic writing. (The report doesn’t give a sense that teachers have exactly embraced the idea of kids learning a lot about their world from reading, either, it is fair to note; in fact, they themselves expressed the need for more attention to that).

How about reading classical literature (the so-called “literary canon,” whatever that is these days)? Less, not more, according to the survey.

How about teaching kids to negotiate the complexity of grade level texts? Even more emphasis, according to the report, on teaching students with relatively easy texts that shouldn’t require much teaching. (Forty-two percent of the teachers were concerned that if you exposed kids to grade level texts, they’d just be discouraged.)

Judy Garland once sang about a place “Over the Rainbow” where “dreams really do come true.”

Sadly, our literacy dreams have not come true. We put on a show, and nobody came.

This isn’t surprising. Teaching is hard—even harder than putting on a good show.

There is only one thing that raises literacy levels: students’ academic experiences.

If you want to see higher levels of literacy, then you should increase the amount of teaching that kids receive (and the amount of reading and writing that we enage them in).

You need to make sure those academic experiences are focused on things that actually improve reading achievement, like phonemic awareness, phonics, vocabulary, fluency, comprehension, writing, and content knowledge—rather than teaching test-question types).

Finally, you need to make sure that the teaching students receive is as efficient and powerful as it can be by teaching with books that are hard enough to present opportunities to learn and making sure kids—and teachers—understand the purposes of lessons.

The standards movement labors under a theory that postulates school achievement will improve if we adopt high learning goals, then align tests with those goals. Teachers will see those goals and be frightened enough by those tests that they’ll teach kids to read more successfully.

Past generations—you know, the ones that raised American literacy levels (Kaestle has described very steady growth in American literacy from 1776 until the 1970s when things stalled)—weren’t quite that fancy. They did crazy things like increase the amount of schooling that kids received, or brought populations into school that had not been enrolled previously. They increased the education levels of teachers. And they increased supports for them to teach well (look at the changes in reading textbooks in the 1930s, for instance).

If you want to raise reading achievement, kids will have to read more demanding texts. But that means teachers will need to know why that is and how to prepare them for and support them in reading those texts, instead of how to avoid such instruction. Kids aren’t necessarily discouraged by challenging text, but they are often insulted by the below-grade-level substitutes that teachers use in the place of such text.

If you want reading levels to rise, you’ll have to make sure that what kids are reading, and what they are doing with the texts they read, increases their knowledge of history and science and our literary culture.

Standards can only be a start.

States were wise to adopt such high standards. I just wish they would have matched that wisdom with an equal commitment of the energy and resources needed to implement them well.

Countries that have raised literacy achievement have adopted higher standards, but then they aligned their entire instructional system to those higher standards: instructional materials, tests, professional development, teacher and principal education, and parent and media expectations. Now that really can work.

Or you can put on a show… It worked for Judy and Mickey.

Timothy Shanahan is one of the world’s premier literacy educators. He studies the teaching of reading and writing across all ages and abilities.