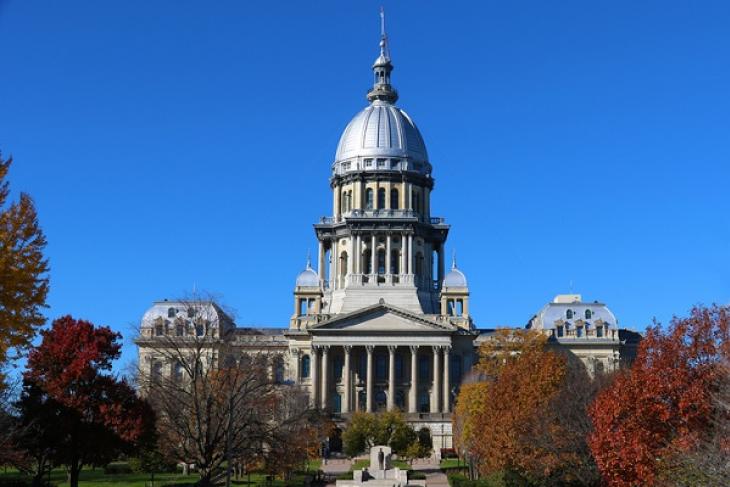 Last week, major education policy news came from an unlikely source—Illinois—as Governor Bruce Rauner signed significant school funding reform. For a state that has struggled for more than two years to pass a budget, this was especially noteworthy. It also serves as an object lesson in the importance of ongoing advocacy work.

The package of reforms overhauls overall education funding for the first time in thirty years. The new law provides a fair funding system for children across the state—whether they live in Champaign, Collinsville, or Chicago—and, for the first time in state history, equitable funding to those who attend charter schools.

This is the result of years of work, both in the spotlight and behind the scenes, paired with a coordinated political strategy that was aligned with strong policy advocacy. We at the Illinois Network of Charter Schools are proud to be a part of this push and congratulate the advocates, parents, teachers, and elected officials who made this victory possible.

Here’s what this new law does:

Reforms statewide K–12 funding formula: Illinois has historically been either forty-ninth or fiftieth among states in two key school funding metrics: state support provided to school districts statewide and equity among districts. The new law drives additional state funding to districts with higher concentrations of poor students and districts with lower levels of property wealth. Most importantly, funding will now flow first to districts that are farthest away from their adequacy targets. Because Illinois recently increased personal and corporate income tax rates, which will generate billions in additional revenue annually, the timing of the formula change is critical.

Provides charter funding equity: This law requires that every charter school in Illinois be funded between 97 percent and 103 percent of the host district’s per capita tuition charge (PCTC), up from a minimum of 75 percent to a maximum of 125 percent per the current law. PCTC is a calculation required by the Illinois State Board of Education (ISBE) that quantifies the amount a school district pays from its own resources for each student. With the exception of schools approved by the Illinois Charter School Commission, most charter schools in Illinois are currently funded in the 75–85 percent range. The new law will require operational funding parity for charter schools for the first time in Illinois history.

Provides pension parity for Chicago Public Schools (CPS): CPS will receive approximately $315 million in new money from the state: $221 for the district’s payment of normal pension costs, giving CPS the same treatment as all other districts; $76 million from the formula adjustments; and $19 million from the Early Childhood Education Block Grant.

Establishes a new tuition tax credit program: Modeled on similar programs elsewhere and pushed by Chicago Cardinal Blase Cupich, this law creates a $75 million tuition tax credit program that allows donors to give to a student scholarship program and receive a 75 percent credit on their state tax liability. The proceeds will then be donated by the scholarship granting organization to a student for tuition use at a private school. There is no plan to annually increase the $75 million cap, and the plan has to be renewed in five years. Nevertheless, this represents the largest tax credit program at inception in the country. And it has a few interesting features. First, it is means-tested, meaning that students are eligible only if they come from families who make up to 300 percent of the poverty line in a given year (for a family of four, that amounts to $72,900 this year). For the first time in Illinois history, both public and private schools will be required to administer the same set of standardized tests, allowing the potential for comparability.

Gives CPS ability to raise taxes locally: The law provides Chicago some flexibility in their annual property tax levy, allowing CPS to go above the current statutory limit on annual property tax increases to raise local dollars. The law empowers the appointed Chicago Public Schools Board to make this change, which is significant because the Chicago City Council has already increased property taxes over the past year.

This landmark education reform legislation is the product of many years of work on reform, choice, and related advocacy efforts here in Illinois. While we’re thrilled to celebrate this milestone, there is still more work to be done. The Illinois Network of Charter Schools will not rest until every child in our state is afforded their basic human right—a high-quality education that prepares them for the life that awaits them. We stand ready to work with any organization seriously committed to making that a reality.

Andrew Broy, a former public school teacher and civil rights lawyer, is president of the Illinois Network of Charter Schools (INCS), a group that supports and advocates on behalf of Illinois charter public schools.