How well is the U.S. Department of Education monitoring grant recipients?

One of the ways the U.S. Department of Education is supposed to facilitate student success is by awarding federally funded grants to various state and local programs, then independently assessing the performance of those grantees. Doing the latter job well will be increasingly important and challenging under the Every Student Succeeds Act, which allows for significantly more flexibility on how grantee programs can be designed and ran than under No Child Left Behind, the law’s predecessor.

To find out how well the department has done this, what it has done to correct any issues, and what difficulties lay ahead, the U.S. Government Accountability Office (GAO) conducted an analysis between February 2018 and January 2019. It examined documents related to grantees and ED’s assessments of them, fiscal and annual reports, and reports on management challenges from the Education Department’s Office of the Inspector General. The GAO team also interviewed officials from three other ED offices—the Institute of Education Sciences; the Office of Planning, Evaluation, and Policy Development; and Office of Primary and Secondary Education.

First, the Education Department has persistently struggled with monitoring grantee performance and ensuring compliance with federal regulations. A GAO report in 2017 found that these duties were regularly performed inconsistently, especially between ED offices, and that key documents, such as those detailing program impacts achieved by grant funds, were missing from almost every file within the sample, leaving $21 million dollars not correctly accounted for. Fortunately, the department under Secretary of Education Betsy DeVos is instituting changes meant to correct these deficiencies. It’s establishing official department-wide procedures for documenting grant records, and improving oversight and monitoring by creating its own resources and examples that state and local agencies can look to when, among other things, collecting data and measuring academic outcomes.

Second, GAO found that persistent issues with effectively and accurately collecting and reporting valid and useful data has limited the Education Department’s ability to assess grantees. The agency’s Office of the Inspector General also reported issues with federal control over state-reported data. In response to these challenges, ED has improved its data systems and offered states support in how to better collect and report their data.

A lack of financial and human capacity is the third issue the department has faced. Fortunately, on the money side, ESSA gives the Education Department authority to consolidate funding for grantee evaluation and monitoring, as well as the ability to choose which programs it evaluates, and what criteria it uses. Unfortunately, human capital is still an issue, as the agency has struggled to fill vacant positions with qualified staff. The department is currently reassessing their hiring procedures for the purpose of improving them and hiring more qualified people.

Finally, the Education Department faces multiple methodological limitations in program assessment, which include determining what constitutes a positive outcome and how to measure it, isolating impact, and quantifying long-term outcomes. Some grantees—like the Promise Neighborhoods program—have submitted data, but the agency has not established how to use this information for program evaluation. Many large-scale federal grants also have vaguely defined objectives that limit ED’s control over their specific goals and outcomes. But the agency is taking steps to fix this. For example, it has improved control over Title I grants by conducting interim measures of progress toward grantees’ long-term goals.

Though the U.S. Department of Education has made many strides in recent years to improve the way it monitors and evaluates recipients of federal grants, the flexibility of ESSA will complicate these efforts and cause new problems as time goes on. It’s a work in progress. 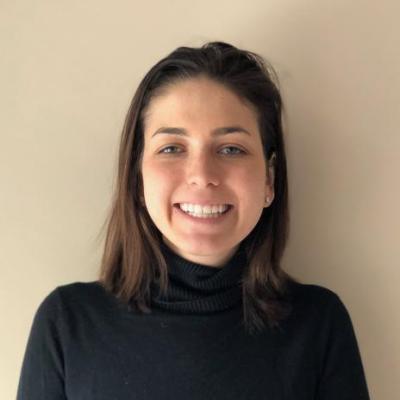 Sophie Sussman was a research intern with the Thomas B. Fordham Institute (2018–19), during which time she had been pursuing a master's degree in education policy at the George Washington University. She also has a bachelor's degree in early childhood education (PreK–Grade 5) from the University of Georgia. Sophie's interests include curriculum, teacher quality and assessment as a basis of ensuring high quality education…