How to end the discipline wars 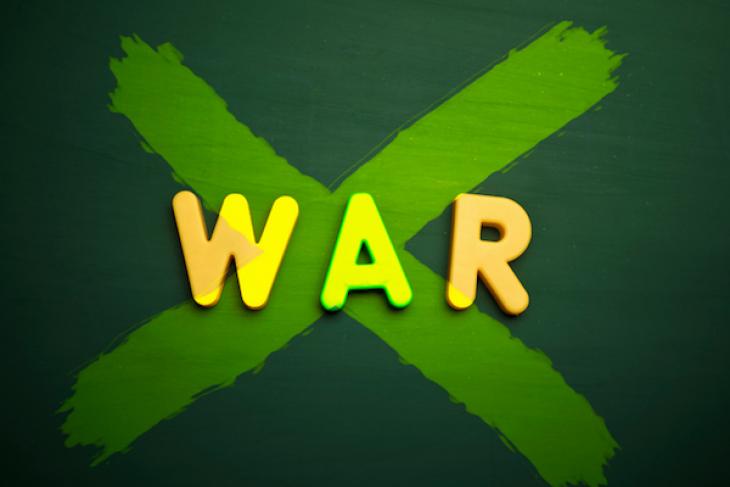 Is there a more annoying manifestation of our political and cultural divisions than the debate over school discipline? On the Left is the “restorative justice” crowd, clamoring for an end to “exclusionary” practices before critical questions about the impact of this step have been answered; on the Right are the “no-excuses” folks, asserting the necessity and efficacy of suspensions based on the blithe assumption that they promote order and safety.

At times, both sides seem to view dialogue and consequences as mutually exclusive, even though common sense suggests they might be usefully combined. Any decent parent penalizes bad behavior and insists on an apology when one is warranted (as do many educators). Yet at the policy level, in loco parentis is too bipolar for that. For the discipline doves, disparate suspension rates are proof not just of racial bias (which is only part of the story), but of the indefensible and counterproductive nature of punishment generally. (Never mind that this logic would obviate the need for courts and prisons if applied outside the schoolhouse.) For the hawks, no policy is too shortsighted and socio-emotionally indifferent to rationalize by invoking the sanctity of the learning environment. The possibility that suspended students might return to class less engaged and more disruptive troubles them not.

As a former teacher, I see the problem—and our moral obligations—from a hawkish perspective. Disruption is a utilitarian’s nightmare, and the damage it inflicts on other poor kids should give Rawlsians pause. Yet when it comes to solutions, I am dovish, if only because some hawks exhibit so little imagination. “Out-of school-suspension" isn’t a synonym for "consequences,” and it’s a poor deterrent for kids who struggle with attendance. Moreover, the very notion of deterrence is problematic for students whose past trauma makes impulse control a challenge.

What’s my solution? Nothing that could be described as groundbreaking, I’m afraid. Unfortunately, there’s no rigorous evidence linking any discipline system to improved student outcomes. Still, two points seem reasonably clear to me: First, disruptive students have a negative impact on their peers. Second, out-of-school suspension is harmful to the suspended student. (Contrary to popular perception, the evidence on this latter point is almost entirely correlational, though it’s hard to see how time away from school could be beneficial.)

Assuming both of these points are accurate, the implications seem straightforward: We should separate disruptive students from their peers when their behavior becomes unmanageable. But when this happens, one of two things should occur, if at all possible: Either a student’s education (broadly defined) should continue elsewhere in the building or he or she should be expelled or counseled out to an alternative placement so that it may continue outside of it. The second of these options should be reserved for extreme cases, while the first might be implemented using any of the following: a “cooling off” room where students could go when their behavior is disruptive; some form of in-school suspension entailing a longer separation from the rest of the student body (for serious offenses); or a common schedule for chronic disruptors so that their impact is confined to one classroom.

All of these strategies share the same goal: enlightened triage. In an ideal world, such triage would be truly enlightened because every warm-bodied adult in the building would be part of an organized rehabilitation effort, making “time-out” or “suspension” more like group tutoring or therapy. But I won’t hold my breath.

Like the alternatives, this approach has risks. Minimizing out-of-school suspensions means keeping more disruptive students in the building, while embracing triage means trusting educators to be judicious—even though the marginal student always makes life more difficult. Still, I suspect that many “tough” schools already pursue some version of the strategies I’ve described (at least informally); if keeping kids in the building is the goal, they are all but inevitable. For example, when Chicago Public Schools limited the use of out-of-school suspensions between 2009 and 2014, in-school suspensions for African American students spiked.

This sort of district action is preferable to federal meddling. In practice, however, the process would ideally be even more localized because “in-school suspension” could mean almost anything in our compliance-driven system. A decline in out-of-school suspensions is most likely to benefit students if it’s achieved from the bottom up.

To that end, I think it’s time for a broader and more honest conversation about alternatives to suspension that honor the majority’s right to an education. For the hawks, that means accepting that disruptive kids should remain in the building if at all possible; for the doves, it means admitting that these kids won’t always be in a regular classroom and that some disparities are probably inevitable (at least in the short run).

How can we end the discipline wars? The way all unwinnable wars must end: with a truce.