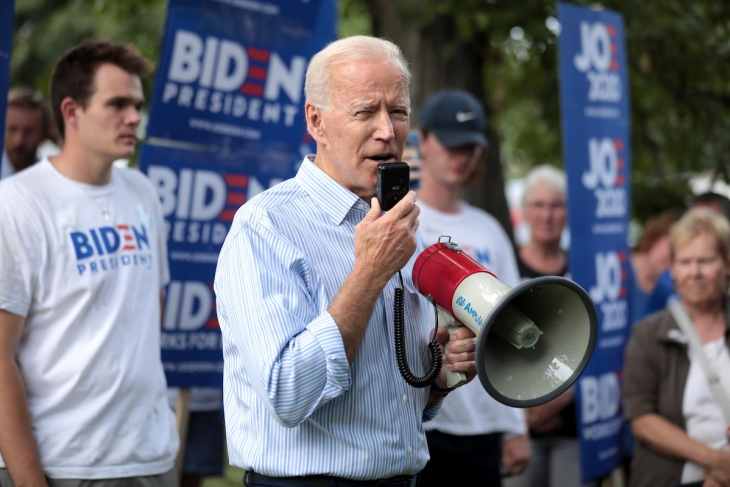 Yet Biden’s official position—which would, among other problematic policies, give districts a veto over new charter schools in their geographic areas—is arguably the most antagonistic of any major party candidate since their creation in the early 1990s. Why is that?

One obvious answer: It’s the unions, stupid. Consider that he told the National Education Association, when competing for their support during the Democratic primary, that he is “not a charter school fan.” As hard as that was for us charter supporters to hear, we probably shouldn’t have been too surprised. Not only is his wife Jill a former classroom teacher, she’s also a card-carrying member of the NEA.

More fundamentally, beyond education, Biden is a union man, through and through. As E.J. Dionne wrote last week, Biden is bringing back a specific brand of liberalism: labor liberalism. “He is doing so rhetorically and with union hall visits,” Dionne writes, “but also through an agenda that seeks to spark economic growth through substantial public investments.” This still counts as centrist, Dionne continues, “because labor Democrats are often seen as old school, [and] Biden’s arguments are inherently reassuring and carry moderate resonances.”

“Labor liberal” certainly strikes me as more accurate than other labels that people have applied to him, from “neo-liberal” to “anti-neo-liberal” to “puppet of the radical left.” But maybe that’s all beside the point. Perhaps it’s a fool’s errand to try to flesh out his ideology. As a Democratic friend who spent years in elected office told me, Biden is an “instinctive” politician, a “feeler.” As such, ideology is not really his thing. Instead, compassion is his thing. Coalition-building is his thing. And bringing home the bacon for his constituents is his thing.

Education reformers should actually be heartened by this understanding of the vice president. If Biden wins in November, we won’t be dealing with a hardened ideological foe of charter schools, as we would have with, say, Bernie Sanders. And as mentioned above, Black voters are a central part of his base. Black Democrats favor charters 58 to 31 percent; for White Democrats that’s flipped at 26 to 62 percent.

Biden won’t want to do anything that divides his coalition, so as a skillful politician, surely he can find ways to placate the teachers unions without hurting charters and the Black families they serve. Rather than propose a cut to the federal charter schools program, for example, Biden seems more likely to please the NEA and AFT by pushing for a major relief bill for public schools, or by tripling Title I funding, or dramatically expanding pre-school. That’s a way to bring his coalition together instead of tearing it apart.

Let’s be clear, though, that some of the arguments in favor of charters that worked so well with Presidents Clinton or Obama—or, more recently, with centrist Democrats like Colorado Governor Jared Polis or former presidential candidate Pete Buttigieg—may fall on deaf ears with Biden. Those others understand that large, urban school systems have become bureaucratic, sclerotic, and creaky, and that charters are a form of “reinventing government” that allow social entrepreneurs to do things differently and get better results for needy kids. As President Obama proclaimed back in 2012, charter schools “give educators the freedom to cultivate new teaching models and develop creative methods to meet students’ needs. This unique flexibility is matched by strong accountability and high standards, so underperforming charter schools can be closed.”

But this sort of technocratic thinking seems unlikely to appeal to a man who loves Amtrak of all things. Biden looks at the rail system and doesn’t see a hopelessly broken white elephant on governmental life support, but thinks of (and loves) the passengers he knew on his commute back and forth from Wilmington to Washington, the conductors, the people. If it only had more resources...

So too, I suspect, when it comes to public school systems. Biden doesn’t seem to worry much about their governance structures or bogged-down decision-making processes. He sees hard-working teachers and parents who dream of a better life for their kids—parents who could never imagine sending their children to expensive private schools. He thinks of people like those he knew in Scranton or went to college with—public school people through and through.

Biden is a guy who has spent almost his whole life in the public sector, spending time around other public servants, including heroes in the military. And if our armed forces can be world-class despite their massive scale and the legendary Pentagon bureaucracy, he might wonder, why can’t our school systems be so too?

I don’t share Biden’s confidence that age-old institutions like urban public school systems can be made to work effectively or cope with new realities and challenges. Just as set-in-their-ways private corporations are (and should be) vulnerable to disruptive innovators, so should stodgy public-sector behemoths. Sometimes starting from scratch is what’s needed to meet the moment and solve a problem. But if Biden wins, that sort of rhetoric is unlikely to win the day. Thankfully, for charter supporters, there are other, more pragmatic approaches that should be able to get the job done, as long as we remind the new president and his team of the real-life people that charter schools serve, people who are a key part of his coalition. Building back better means, in part, continuing to build charter schools that are lifelines for the people Biden knows and loves.