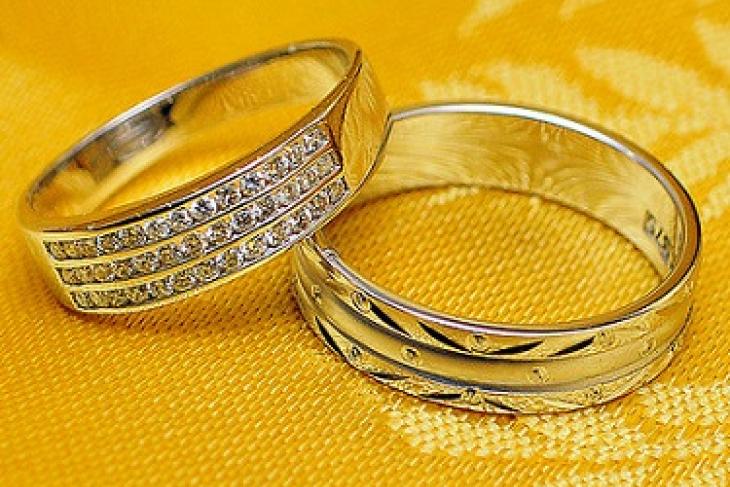 This article is part of a new Education Next series on the state of the American family that marks the fiftieth anniversary of the 1965 release of the Moynihan Report.

This may seem like a ridiculous question: How can schools possibly persuade more adults to marry—and not have children out of wedlock? Fifty years ago, Daniel Patrick Moynihan himself decided it was inadvisable to offer solutions to problems afflicting minority families. Since then, our familial challenges have only grown deeper and wider, with four in ten American babies now born to unwed mothers. That includes a majority of all children born to women in their twenties and almost one-third of white babies. There are no obvious or easy prescriptions for reversing these trends.

And why put this on the schools? One could argue that reducing teenage pregnancy is a reasonable job for our education system—and that if we could encourage girls to wait until they were in their twenties, and educated, to have babies, they might also wait for marriage. Well, teenage pregnancy rates are down 50 percent from their peak in 1990. High school graduation rates are up from 65 percent in the early 1990s to 80 percent today. Yet out-of-wedlock birth rates are as high as ever—we merely pushed early childbearing from the late teens to the early twenties. Now the young adults having babies before marriage haven’t had any contact with the K–12 system for two years or more.

Yet for educators and education policymakers to ignore the issue of marriage seems irresponsible. We tell ourselves that one of the great purposes of education reform is to lift poor children out of poverty. Today’s main strategy is to prepare many more low-income youngsters for college. According to the Pew Economic Mobility Project, 90 percent of low-income children who attain a four-year college degree escape the lowest income quintile as adults, versus just 53 percent of the non-degree holders. Put another way, individuals who grow up in low-income families are almost five times as likely to become low-income adults if they fail to complete a four-year college degree.

The problem, however, is that just 10–15 percent of low-income children actually complete a college degree. An analysis by Andrew Kelly of the American Enterprise Institute finds that about one-third of low-income students start college but don’t finish. Kelly argues convincingly that a college degree is a “big payoff, low probability” strategy for economic mobility. Surely it can’t be the only arrow in our quiver.

So what if “college as a springboard to the middle class” isn’t the only strategy? What about “marriage as a springboard to the middle class,” and particularly marriage before childbearing? Or what Isabel Sawhill and Ron Haskins of the Brookings Institution call the “success sequence”: get at least a high school diploma, work full time, and wait till you are at least twenty-one and married before having children. They estimate that 98 percent of individuals who follow those three norms will not be poor, and almost three-quarters will be solidly middle class. On the flip side, three-quarters of young people who fail to follow any of those norms will be poor, and almost none will be middle class.

Maybe it’s not so ridiculous to ask what schools can do to encourage young people to follow the success sequence, including putting marriage before children.

Our first challenge is to understand why so many young people—especially those who are low-income—are choosing to have children before marriage. A related question is why most affluent, well-educated young adults wait until their late twenties or thirties, and for marriage, before having children. Assuming we don’t want to encourage teenage parents to marry, what can we do to encourage teenagers and those in their early twenties to wait until they are older, educated, employed, and married before having children?

This has been the subject of vast debate and increasingly sophisticated research for decades. A foundational question is whether young adults are “choosing” to have children—or whether it is happening by accident because they are having sex without using birth control. Are they deciding to start a family, or are they “drifting into sex and parenthood,” in the words of Sawhill?

The current consensus is that most young people having children before marriage aren’t exactly doing so on purpose, but they also aren’t trying very hard to prevent it. It’s not that they don’t understand how birth control works, or fail to use it in the heat of the moment (though that’s part of it). Rather, they make a somewhat conscious decision to stop using birth control once they have been “associating” with someone for a while.

Some of the best work on this subject comes from Johns Hopkins sociologist Kathryn Edin. She and her coauthors spent years living in low-income and working class Philadelphia and Camden neighborhoods, where they met and interviewed young parents, white and black. They found that most young people weren’t sad when they learned that they—or their girlfriends—were pregnant; they treated the news with excitement rather than regret.

So have the baby, and raise the baby, they did. But didn’t they know they were consigning their children and themselves to a life of hardship? Didn’t they understand that if they were going to “climb the mountain to college”—or even to a decent-paying job—doing so with a baby in a stroller would make the ascent that much tougher?

What Edin and her co-authors show is that the young women and men see parenthood as a chance to “start over” and to do something good with their lives, as well as to connect deeply with another human being. “In these decaying, inner-city neighborhoods, motherhood is the primary vocation for young women, and those who strive to do it well are often transformed by the process,” she and Maria Kefalas write. Furthermore, “children provide the one relationship poor women believe they can count on to last. Men may disappoint them. Friends may betray them. Even kin may withdraw from them. But they staunchly believe that little can destroy the bond between a mother and child.”

Edin and Timothy Nelson pick up this theme: “Fatherhood offers the opportunity to connect with a child—an unsullied version of oneself—in an intensely meaningful way. But fatherhood is also a tool, almost a magic wand that youth…can use to neutralize the ‘negativity’ that surrounds them as they come of age in chaotic and violence-charged neighborhoods like East Camden.”

Unfortunately, and not surprisingly, these hopeful attitudes eventually give way to the grinding reality of daily life. Most of the romantic relationships between the parents fall apart within a few years. The dads desperately want to spend time with their kids, but not with their kids’ mothers—an arrangement that eventually proves untenable. And so another generation of children is raised in poverty, with single mothers doing most of the child care and trying to make ends meet, and fathers having additional babies with other women in a fruitless quest to “start fresh” and “do the right thing.”

What might be done to change this dynamic? Edin (like Sawhill) is a proponent of making low-cost, long-acting birth control available to young people, and there’s good reason to believe that it can reduce unplanned pregnancies significantly. But the most important “intervention,” according to Edin, is hope: a realistic plan for a life trajectory that is more compelling than early motherhood and fatherhood. (William Damon at Stanford University calls this “purpose.”) This means, among other things, having meaningful opportunities for higher education and interesting, decently paid work.

Hope and purpose are why affluent, well-educated young men and women wait until their late twenties or early thirties to have children. For them, having a baby before finishing their educations or launching their careers is something of a catastrophe—a huge wrench in their plans and aspirations. They would risk missing out on all manner of fun and fulfilling experiences—college, international travel, living in a big city, enjoying the single life, climbing the ladder—if they were raising a child.

A key issue is motivation. In particular, how can we motivate young women, and particularly young low-income women, to wait until they are older, educated, employed, and married before they have children? The answer: First, help those young women develop strong prospects for interesting, decently paid careers. And second, give those young women access to “marriageable men”—young men who themselves have strong career prospects.

Next week, we’ll explore what schools can do to boost those career prospects for young men and women alike.