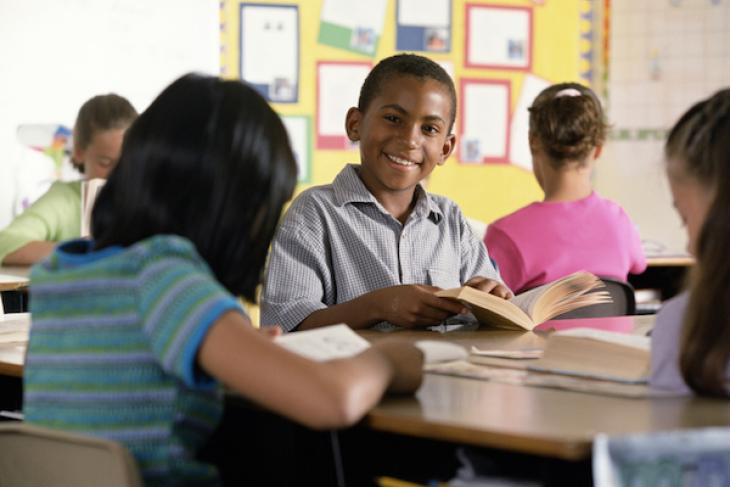 One founding premise of the charter school initiative was that these new schools would be laboratories of innovation. Cutting red tape would free educators to test new approaches that, if successful, could be incorporated into the regular school-district environment.

In reality, however, what makes the highest-performing charters so effective is tireless staff and a relentless pursuit of continuous improvement, not curricular or pedagogical innovations.

Yet there’s a stir within several of the best charter school networks that deserves to inspire imitation in schools of all stripes. It’s not about technology or school culture, or even pedagogy. It’s the embrace of a broad, well-rounded, content-rich curriculum, starting in the early elementary grades. This approach to what’s taught to young children would constitute a sea change for U.S. elementary schools in general and charter schools in particular.

In the No Child Left Behind–Race to the Top era, reading and math scores determined a school’s accountability rating, and in English language arts classrooms, the mandate was “learn to read, and then read to learn.”

Many elementary educators are rediscovering that this approach, however logical-sounding and well-meaning, simply doesn’t work well with many children. A more evidence-based mantra would be, “learn a bit about everything, so you can read about anything”—or in the words of University of Virginia cognitive scientist Dan Willingham, “Teaching content is teaching reading.” This points to a seismic shift in how we allocate students’ learning time in the early grades.

Building a knowledge base

Born in Houston as the Knowledge Is Power Program for middle schoolers, KIPP is now the biggest and best-known national charter network, educating 88,000 students in 209 schools nationwide. Almost all KIPPsters are poor and minority, and the KIPP network now extends from pre-K through high school and college graduation.

Despite the “knowledge” in its name, KIPP didn’t launch its elementary schools with any uniform curriculum, instead trusting such choices to principals and teachers at the building and classroom levels. As in many American elementary schools, reading focused on teaching kids how to decode words (phonics, phonemic awareness, etc.), followed by plenty of exposure to texts targeted precisely at students’ current reading levels, plus ample practice at the skills of “reading comprehension.” This, it was widely believed, was the recipe for helping children in general, and low-income students in particular, to achieve “grade-level reading” by the end of the third grade.

Sadly, some of this charter progress might have been a mirage. In the NCLB era, schools could narrow the proficiency gap by helping students reach a relatively low bar, even if more affluent students were achieving well over that bar. Overly easy tests gave schools false confidence. In later grades, early progress appeared to fade. Students could decode words, but often struggled to comprehend what they were reading in middle and high school classrooms.

With the adoption of the Common Core standards in 2010—and especially with the implementation of aligned assessments in 2015—the flaws in America’s approach to reading instruction became clear. ELA proficiency rates plummeted nationwide. For even the best charter schools, the achievement gap was once again a mile wide.

Willingham has been arguing for years that background knowledge in subjects such as history, geography, science, and literature is essential for students to comprehend the wide variety of passages they later encounter—in class, online, at the library, or on state tests. A second-grader might be able to sound out “Ty-ran-no-saur-us Rex,” but if she hadn’t been taught about dinosaurs, the term would hold no meaning for her. The way to address this isn’t to drill seven-year-olds on SAT words, but to teach them about dinosaurs and other animals, the history of the United States and the world, cultures here and abroad, key folk stories and works of children’s literature, and so on.

This is particularly important for low-income students, who tend to learn most content in school and, unlike affluent children of college-educated parents, generally do not get to benefit from trips to museums, story times at the library, and other opportunities.

Most importantly, learning about the world and how it works need not wait until kids learn to read. In the early grades, children can and should learn essential content by listening to books read aloud, watching educational videos, and partaking in experiential activities—opportunities that wealthier kids enjoy. By middle school, when children can “read to learn” about these topics, many disadvantaged youngsters are hopelessly behind in their reading comprehension abilities, precisely because they lack the knowledge base that makes comprehension possible.

Keys to the knowledge kingdom

These insights were embedded into college- and career-ready standards that most states adopted in 2010. However, educators could be forgiven for missing it. The standards in English language arts are focused almost entirely on decoding, comprehension, and writing skills. It’s a complementary passage that unlocks the keys to the knowledge kingdom:

Adopting such a curriculum is up to educators. And as with most elementary schools, charter schools like those in the KIPP network were late to the party. But, as they say, better late than never.

In 2015, as the new assessments were starting to unmask the big achievement gaps that still afflicted many KIPP pupils, the network embarked on one of its most important initiatives. Rather than viewing curricular uniformity as a straightjacket, KIPP would build a coherent curriculum as a resource for its teachers.

That became the job of Dana Fulmer, director of ELA curriculum and assessment at the KIPP Foundation. Fulmer is a lifelong educator, who spent most of her career directing professional development in public and private schools. Inspired by leading educators such as Robert Marzano and Mike Schmoker and working with the nonprofit group Great Minds, she led a two-year effort to design what would eventually be called the KIPP-Wheatley curriculum.

Fulmer and her colleagues set out with three goals. First, the program was to be “joyful.” Fulmer wanted KIPPsters to “love books, to love reading, to love writing.” A second goal was to build students’ reading and writing skills, with particular focus on close reading. Rather than having students read little snippets of text, they would read something meaty over and over again through different lenses.

The group’s final, and arguably most important, goal was to develop “world knowledge”—science, social studies, art, and literature—commencing in kindergarten with lots of read-alouds. The curriculum is designed around topics, such as bridges or the Underground Railroad. “We stay with those topics for seven weeks, intentionally,” Fulmer says, because of the importance of content knowledge, and because as students go deeper into a content area, the level of text complexity that they can handle rises and their vocabulary expands. The ability to tackle more complex text is the key to boosting reading comprehension.

KIPP and Great Minds created the first drafts of KIPP-Wheatley, which KIPP then adapted, highlighting what worked for KIPP’s mission and network. Great Minds tested the drafts in 12 public and charter schools across the country and created Wit & Wisdom, a K–8 coherent curriculum based on the same principles.

“People are seeing results,” Fulmer says. “Students and teachers love the texts, are engaging more with the texts, and writing and vocabulary are improving.”

The curriculum’s use in KIPP schools is voluntary, though “strongly encouraged.” Uptake has been high, however, as teachers hear from one another about the successes they are seeing with their students. KIPP is now sharing the curriculum with other charter schools, and public schools too.

Not just for KIPP

Several other high-performing charter networks, including Achievement First, Uncommon Schools, and Success Academy, are also discovering the need for a new approach to teaching reading. Success is particularly aggressive about a well-rounded curriculum, with units on the Wampanoag, Greek myths, and the American Revolution—all before kids turn ten!

Traditional public schools can use Great Minds’ Wit & Wisdom curriculum, which just received nearly perfect scores and all “green lights” from EdReports.org. Or, they can download the Success Academy curriculum for free.

This might not be exactly “innovative,” but it sure represents progress.

Editor’s note: A version of this essay originally appeared in Principal Magazine.