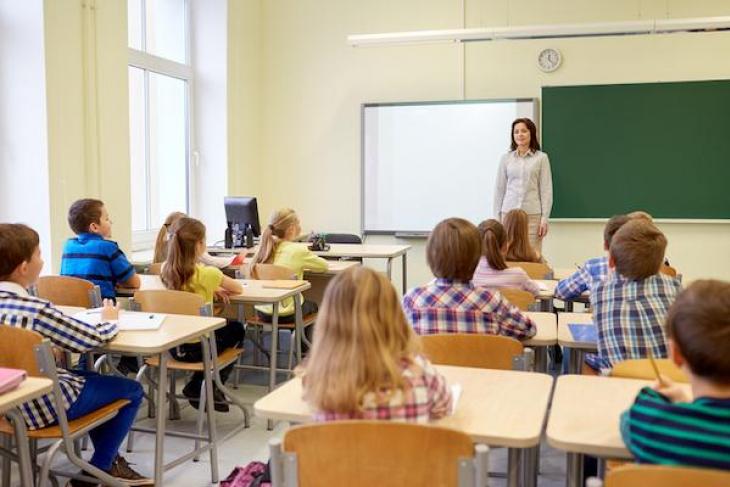 Bravo to the Fordham Institute for being at the top of the class in searching for fresh approaches to education reform, particularly in the realm of classroom practice (a realm far away from where most reformers left and right dwell). With these strategic thoughts to guide us, I would like to set out what may well be the best, highest leverage practice path: evidence-based instructional interventions, the earlier the better, for struggling readers.

Such a basic, common sense instructional practice seems like a no-brainer. You might even think it’s already being done by states and local districts across the country since most states have laws that require or encourage interventions for struggling readers. Most focus on grades K–3, often with a link to dyslexia. And some call explicitly for the interventions to be delivered within the frameworks known as MTSS (Multi-tier Systems of Support) or RTI (Response to Intervention).

MTSS and RTI commonly feature data analyses as early as possible to identify struggling students, evidence-based instruction to address skill deficits, continuous monitoring of progress, and three tiers of increasingly intense evidence-based interventions, particularly tutoring, to enable students to achieve high standards. RTI hones in more on academic deficiencies while, by and large, MTSS encompasses RTI with more emphases on behavior and, ideally, on all learners.  RTI has been around longer and is more prevalent in practice and literature.

But whatever you call it, and no matter how sensible it sounds, it has not been implemented, much less succeeded, on a large scale in any school system. But is that reason for such instructional assistance to be scratched off ed reform wish lists? No. To borrow from G. K. Chesterton’s lament about the absence of Christian ideals, RTI has not been tried and found wanting; it has been found difficult, and left untried.

Still, belief in the potential of RTI is much more than a leap of faith.  To understand this, bear in mind that RTI is not a distinct program itself. Rather it’s a framework in which each of the three tiers requires its own evidence-based best practices. And those practices do exist!

Tier 1 consists of instruction for the whole class in the general education classroom. It should incorporate the best curricula, particularly in reading, and the Fordham Institute has shone much light on what that should be. Tier I also depends on a multitude of other best practices, especially teacher preparation and coaching support.

But no matter how exemplary tier 1 may be, many students—as many as one half, particularly in school systems with concentrations of students who are poor and of color—will need additional assistance. This is where tiers 2 and 3 come in, especially with tutoring that increases in intensity, with lower tutor-student ratios and more sessions per week and minutes per session, for students who remain below proficiency benchmarks.

Done well, tutoring can be counted on to vastly reduce the number of struggling readers and referrals to special education. Research supporting the effectiveness of tutoring towers above the evidence of any other intervention strategy. Plus, it is of course common sense that the extra attention and time will pay off; just ask the swarms of upper-income parents who pay for private tutoring.

So if we know about the large benefits of RTI and tutoring, why aren’t school systems nationwide doing more of it? In my book due out in March, Mislabeled as Disabled: The Educational Abuse of Struggling Learners and How WE Can Fight It, I detail the reasons. Some key ones:

These obstacles can be overcome, beginning with getting educators, reform-minded or not, to recognize the neglect of effective interventions for struggling learners. We know how to identify and intervene to enable struggling learners to read and succeed. Let’s at long last do it.

Kalman R. Hettleman is a member of the Maryland Commission on Innovation and Excellence in Education, and a former member of the Baltimore school board.