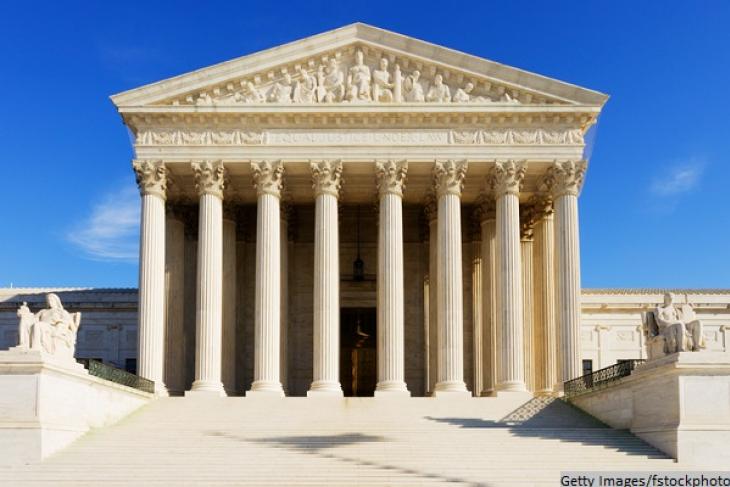 In the court’s first decision on the case in 2013, Justice Anthony Kennedy tightened the screws on racial affirmative action policies, declaring that universities bear “the ultimate burden of demonstrating, before turning to racial classifications, that available, workable race-neutral alternatives do not suffice.” The court supported the goal of racial diversity, but it appeared to push colleges to employ alternative means—such as providing a leg up to economically disadvantaged students of all races—before resorting to race per se. The Fisher I court emphasized that universities would receive “no deference” on the question of whether the use of race is “necessary” to achieve the educational benefits of diversity.

Fisher I sent the case back to the Fifth Circuit to apply the new standard. When the lower court came back with a decision supporting the use of race in admissions, the Supreme Court agreed to hear the case again on appeal. Supporters of affirmative action were worried: Why would the justices take the case if they were happy with the lower court’s decision?

Fisher I was a compromise seven-to-one ruling that deferred two key questions: What is “sufficient” racial diversity (i.e., what constitutes a “critical mass” of minority students)? And what makes a race-neutral strategy “workable” versus “unworkable”?

We got the answers in Fisher II, intellectually unsatisfying though they may be. Although the term “critical mass” by its very nature suggests a numerical measure, the majority said that “the compelling interest that justifies consideration of race in college admissions is not an interest in enrolling a certain number of minority students.” So how do we know when a critical mass has been achieved? The majority referenced the goal of providing an academic environment that offers a “robust exchange of ideas, exposure to differing cultures, preparation for the challenges of an increasingly diverse workforce, and acquisition of competencies required of future leaders.” All laudable goals, to be sure, but what level of diversity is required to achieve these outcomes? The majority doesn’t say.

In taking a stab at the “critical mass” concept, Abigail Fisher’s attorneys argued that, because the University of Texas had achieved higher levels of black and Latino representation in 2004 (without using race) than it had in 1996 (using race), race-neutral alternatives had “sufficed” in producing a critical mass. That is, if UT had seen a given threshold of representation as constituting a critical mass when using race, the use of race-neutral alternatives to get an even better result would be an important benchmark of success. But in Fisher II, Justice Kennedy’s majority opinion suggested that the numbers were insufficient because they showed “stagnation,” implying that critical mass is not only hard to define but also a dynamic and ever-changing concept.

What makes a race-neutral alternative “workable” versus “unworkable” in the court’s eyes? Fisher’s attorneys suggested that socioeconomic affirmative action could produce substantial amounts of racial diversity. There is a good deal of evidence suggesting that when a university considers not just income, but other socioeconomic factors—such as wealth and neighborhood poverty levels—considerable racial diversity can be achieved. But in a highly revealing passage, the majority said that enhanced consideration of socioeconomic disadvantage was not a viable alternative. In part, they wrote, this is because “the Equal Protection Clause does not force universities to choose between a diverse student body and a reputation for academic excellence.”

The elitist subtext of this passage is that that programs relying on recruiting economically disadvantaged students to achieve racial and economic diversity inherently conflict with high academic standards. The majority’s opinion (a skimpy twenty pages) provided no empirical support for the idea that disadvantaged students cannot do the work at selective colleges. Indeed, extensive research from the Century Foundation shows that there are ample numbers of academically talented low-income and minority students who can be successful at the nation’s most selective colleges.

The majority acknowledged that the Top Ten Percent Plan can provide “a path out of poverty for those who excel at schools lacking in resources.” But it nevertheless faulted the plan for capitalizing on the reality of “racially segregated neighborhoods and schools.” But as Georgetown University’s Sheryll Cashin has noted, hard-working black and Latino students who are the victims of segregation can be considered more deserving than the type of student championed by UT’s race-conscious plans (the “African American or Hispanic child of successful professionals in Dallas”).

In his dissent, Justice Alito hammered the majority on its dismissal of programs—like economic affirmative action and the Top Ten Percent Plan—that help disadvantaged students of all races. UT has claimed, Alito noted, “that the race-based component of its plan is needed because the Top Ten Percent Plan admits the wrong kind of African American and Hispanic students, namely, students from poor families who attend schools in which the student body is predominantly African American or Hispanic.” As Alito noted, “the argument turns affirmative action on its head. Affirmative action programs were created to help disadvantaged students.”

Alito also took aim at UT’s argument that, although the Top Ten Percent Plan produces substantial racial diversity, the “interests in the educational benefits of diversity would not be met if all of [the] minority students were…coming from depressed socioeconomic backgrounds.” This argument is flawed as an empirical matter: About one-third of African American students would be admitted to top universities without consideration of race, and those students are disproportionately wealthy. Moreover, Alito said, the argument that “a program that tends to admit poor and disadvantaged minority students is inadequate because it does not work to the advantage of those who are more fortunate” is “affirmative action gone wild.”

While UT fancied itself as a champion of racial justice, Alito noted that the university has in fact been embroiled in a scandal over providing admissions preferences for influential alumni. Of course, eliminating legacy preferences could be considered a powerful race-neutral strategy for improving racial diversity. But with the Fisher II decision, the likelihood of institutions taking such action is diminished.

There were some inklings in the Fisher II decision of the old, more skeptical Justice Kennedy from Fisher I. Kennedy pointed out that the UT program “is sui generis,” standing alone, suggesting a possible limit on the decision’s reach. And he hinted that the need for racial preferences to create a critical mass of students will diminish over time as the nation grows more black and brown. UT must continue “to assess whether changing demographics have undermined the need for a race-conscious policy,” he wrote.

But for now, the status quo survives. At elite universities, students from the richest quarter of the population outnumber those from the poorest quarter by twenty-four to one, new research shows. A different decision from the Supreme Court in Fisher II might have pushed universities to recruit more low-income students as a better form of affirmative action to indirectly achieve racial diversity. The result would have been a vibrant level of racial, ethnic, and socioeconomic diversity. Instead, universities are now more likely to return to what they have been doing all along: using race to determine, as Walter Benn Michaels put it, “what color skin the rich kids have.”

Editor’s note: This post was originally published in a slightly different form by SCOTUSblog.

Richard Kahlenberg is a senior fellow at the Century Foundation. 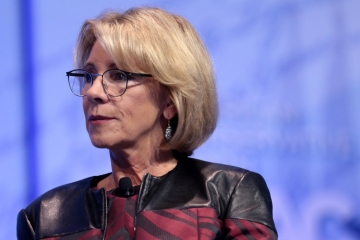