ExcelinEd gets a B on school accountability 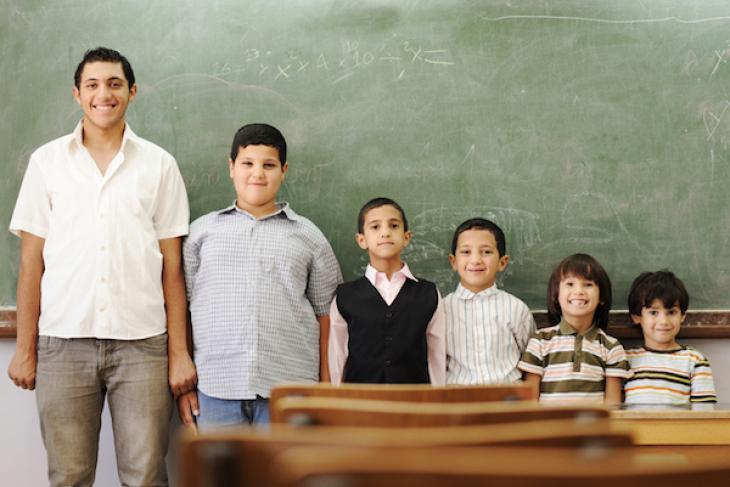 My respect and appreciation for the Foundation for Excellence in Education is almost boundless, particularly for founder/chairman Jeb Bush and CEO Patricia Levesque. Their “summit” last week in Washington was first rate and their policy advice for state leaders is nearly always sound.

But I (and my Fordham colleagues) must respectfully take issue with several elements of FEE’s “A–F School Accountability Playbook”—advice to states regarding school accountability under the federal Every Student Succeeds Act (ESSA).

There’s much here that we agree with and that states would be well advised to do. Their recommendations for school participation in state testing and for reimagining school report cards are on the mark. So, too, their suggestions for measuring students’ academic growth, gauging the proficiency of ELL students, and using success (not just access or participation) in college-level courses such as AP as the “indicator of school quality or student success” at the high-school level. They’re also right to urge a uniform A-F-style accountability system for all the state’s schools and for singling out the lowest performers in that system for intervention.

All of their ESSA policy recommendations stem from eight principles set forth on the second page of the Playbook. Six of these are absolutely sound; one (see below) is subject to rival interpretations and preferences. But one—number 5 on the FEE list—seems to all of us at Fordham well-intended yet quite wrong. Unfortunately, several of their specific policy suggestions rest upon that erroneous principle.

It says that state policy makers should “Focus attention on the progress of the lowest-performing students in each school.”

Well-intended, to be sure, just as No Child Left Behind was well-intended. Yet it would perpetuate one of the great flaws in—and harms done by—NCLB, namely the absence of incentives or rewards for schools that pay attention to the educational progress of all their pupils.

Of course schools and policymakers should strive in every way to boost the performance of low achievers. But what about high achievers and medium achievers, many of them also poor and wholly dependent on the schools they attend to ensure that they learn as much as they can; to see that they’re challenged every day; and to boost them as far up the ladders of social mobility as the education system is capable of doing?

Plenty of poor and minority kids are medium and high achievers. So are plenty of the children of aggrieved working- and middle-class Americans—people who live in Charles Murray’s “Fishtown” and voted overwhelmingly for Donald Trump—who don’t think the country’s major institutions are doing right by them and their families.

They’re just as much the responsibility of schools and state policymakers as the low achievers. It would be a big mistake to worsen their alienation by signaling that the state doesn’t much care how their kids are doing in school or how well their schools are meeting their kids’ needs. And ESSA gives states an overdue opportunity to recalibrate their accountability systems to ensure that this responsibility is taken seriously.

That’s our principled dispute with FEE. And it leads us to demur from several of the Playbook’s specific policy recommendations

First and most important, the recommendation (under “Required Indicator 1: Academic Achievement”) that states focus their principal measure of achievement only on how many students are at/above the “proficiency” bar. This would, once again, perpetuate one of the most damaging features of No Child Left Behind: its disincentive for schools to pay as much attention to kids far below and already above that bar as to those “on the bubble”, i.e. students who are under the bar but close enough to have a reasonable shot at clearing it. In our view, that’s a big mistake. Far better to—as the new federal regs now permit—give schools partial credit for pupil achievement at the “basic” level and extra credit for those reaching the “advanced” level, while of course continuing, as the regs require, to give credit for those attaining proficiency.

Second, while FEE’s suggestion for “Required Indicator 4” is fine at the high-school level, the companion recommendation (apparently aimed at elementary and middle schools)—that states focus only on “growth of the lowest-performing students”—repeats and worsens the problem described in the previous paragraph. Just as FEE (correctly) urges under Required Indicator 2, growth matters for every student and schools should get credit for producing it across the full achievement spectrum, not just at the bottom.

Other issues emerge in the Playbook that we debate within Fordham. FEE’s principle 3, urging states to “Balance measures of student performance and progress,” is open to multiple interpretations. By “balance,” do they mean give equal weight to progress and to performance within a school? Some of us at Fordham think that a fifty-fifty distribution is spot on. Others believe that growth should count much more heavily.

We’re also keenly aware of both the pros and cons of giving schools a single summative grade, as FEE favors (and as Florida and several other states do). Most of us would prefer a school report card that, like a child’s report card, contains several grades. Sure, they can be totaled and averaged into a GPA by anyone who wants to—but most of us think the state will better inform parents, educators, and taxpayers if it gives—for example—separate grades to a school for achievement and for growth, for graduation and student success, for ELL students and perhaps gifted students, and so on. Averages will inevitably be calculated; we’re just not sure that’s the best use of a report card from the state itself.

That said, we still revere FEE and agree with it on just about everything else!