The end of education reform? 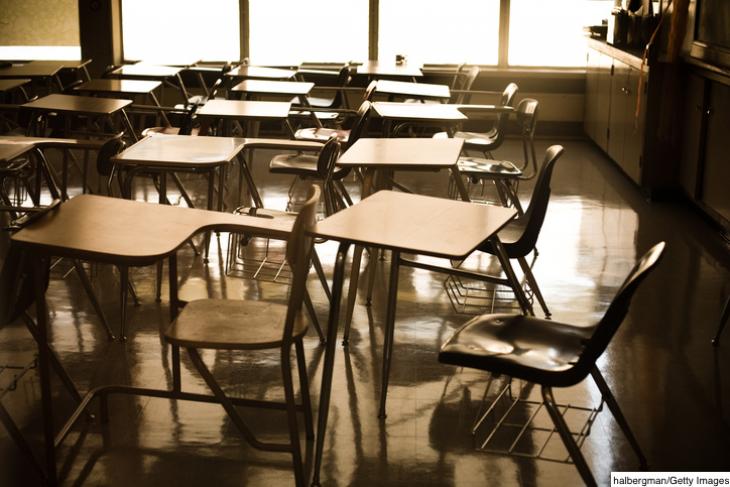 For three decades, leaders of both major political parties have recognized the urgency of reforming and renewing American K–12 education, and major elements of the reform agenda have generally enjoyed bipartisan support: higher standards, better teachers, results-based accountability, and more choices (particularly via charter schools). That’s why forty-three states—red, blue, and purple—have passed charter laws, and nearly all have higher standards and better assessments than they did a decade ago. From A Nation at Risk (1983) to Charlottesville (1989) to NCLB (2002) to ESSA (2015), elected officials from both sides of the aisle have been able to work together in pursuit of important goals involving the future of the country and its children.

They haven’t always agreed—especially on which levels of government should do what, how many forms of school choice warrant public funding, how best to evaluate teachers, and so on—but I’m not talking about consensus on the details of policy and implementation. I’m referring to mutual acknowledgment of the acute problems of weak achievement, unequal opportunity, too many dropout factories, and too few terrific teachers. Republicans and Democrats have generally agreed that the need for reform is urgent, and their policy outlines have often included many of the same elements. Both parties, it seemed, could put aside other differences and work together to vanquish the immense challenge of educational mediocrity.

As I wrote last week for the Hoover Institution, it increasingly feels as if that assumption has fallen victim not only to warfare between the parties but also to neglect (if not rejection) by both. As Democrats pander to teachers’ unions and minority grievances and Republicans focus on social issues and culture wars, little energy remains for school reform—much less for working across the aisle.

The 2016 party platforms supply ample if unwelcome evidence. The GOP platform is now final, though the Democratic platform remains a draft subject to change at their Philadelphia convention. It’s true that platforms don’t usually make much difference in the real world once the conventions and election are over. So I may be overreacting. But what I’m seeing so far leads me to fear that education reform no longer has a happy home in either party, let alone both.

To be fair, the original (July 1) draft of the Democrats’ platform was at least mildly pro-reform, committed to “high-quality public charter schools” as well as “high-quality teachers” and declaring that the party wants to “hold schools, districts, communities, and states accountable for raising achievement levels for all students.” As it emerged from the Sanders-friendly amending process in the platform committee, however, it got a lot worse in ways that Education Post’s Peter Cunningham astutely flagged. It’s now opposed to high-stakes testing and the use of test scores in teacher evaluations. It endorses the “opt-out” movement and puts all sorts of restrictions on charter schools while also rejecting mayoral control and other untraditional ways of governing district schools. Cunningham correctly declares, “The amendments adopted by the Democratic Platform Committee are a step backwards at a time when America can’t afford to stand still, let alone retreat.”

The final Republican platform planks on K–12 education are better than their subcommittee draft, but the language is still deeply concerning. It denies any federal role in education whatsoever, with no mention even of civil rights (save for a dig at OCR over its gratuitous fiddling with school bathroom gender access). It says nothing about research, and its only reference to data is opposition to collection of the “personal” kind. It seeks a constitutional amendment to give parents exclusive control over the education of their children—and protect it from the United Nations! There’s no reference to any public purpose for education, despite acknowledging a paragraph or two later that “maintaining American preeminence requires a world-class system of education.” One may applaud this draft’s emphasis on teaching kids American history and civics, as well as its advocacy of “merit-based” teacher hiring and retention. I certainly do. But those praiseworthy components are coupled with abstinence education, opposition to school-based health clinics, and a baffling failure to see any contradiction between “local control” and “consumer rights.”

The education concert hall, I fear, continues to burn. Meanwhile, the conductors of our two major parties focus on their percussion sections rather than summoning the fire department.