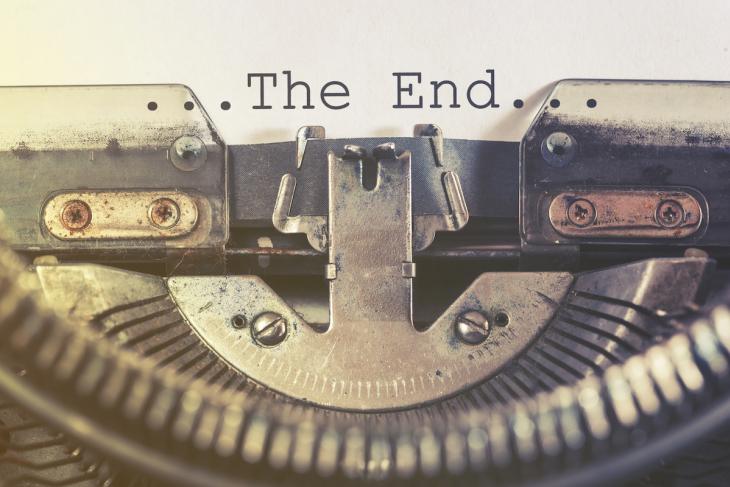 Almost thirty years ago, in February 1989, the political scientist Francis Fukuyama gave a talk that was later turned into an article that was later turned into a book, with the provocative title, “The End of History?” With the collapse of the Soviet Union and the end of the Cold War, western-style liberalism had triumphed over Communism, and had already fended off Fascism. As a recent article in the New Yorker noted:

If you imagined history as the process by which liberal institutions—representative government, free markets, and consumerist culture—become universal, it might be possible to say that history had reached its goal…. There would be a “Common Marketization” of international relations and the world would achieve homeostasis.

But it is fair to say that for a decade or two the world did achieve some sort of homeostasis, perhaps a break from history instead of its end. Democracy was on the move, global trade boomed, and the world became a freer, more prosperous place.

So what does this have to do with education?

We are now at the End of Education Policy, in the same way that we were at the End of History back in 1989. Our own Cold War pitted reformers against traditional education groups; we have fought each other to a draw, and reached something approaching homeostasis. Resistance to education reform has not collapsed like the Soviet Union did. Far from it. But there have been major changes that are now institutionalized and won’t be easily undone, at least for the next decade.

Namely: We are not going back to a time when urban school districts had the “exclusive franchise” to operate schools within their geographic boundaries. Public charter schools now serve over three million students, many of them in our large cities, cities where 20, 30, 40, and even 50 percent of the students are now in charter schools. These charter schools are not going away. Another half a million students are in private schools thanks to the support of taxpayer funding or tax credit scholarships. Those scholarships are not going away either. At the same time, the meteoric growth of these initiatives has slowed. Numbers are no longer leaping forward but are merely ticking up.

Meanwhile, alternative certification programs now produce at least a fifth of all new teachers. We are not going back to a time when traditional, university-based teacher preparation programs had the exclusive right to train teachers.

And even testing—that hated policy with no natural constituency—is now entrenched, at least until the Every Student Succeeds Act comes up for reauthorization. It appears, knock on wood, that the testing backlash is starting to recede, thanks, I would argue, to policymakers addressing many of the concerns of the testing critics. The underlying academic standards are stronger and clearer; the tests are more sophisticated and rigorous, and encourage better teaching; and the state accountability systems that turn test results into school ratings are fairer and easier to understand; and teacher evaluation systems have been mostly defanged. And truth be told, school accountability systems no longer have much to do with “accountability,” but are really about “transparency”—telling parents and taxpayers and educators the truth of how their schools and students are performing, but mostly leaving it to local communities to decide what to do about underperformance, if anything. All of this has made testing and accountability, if not popular, at least less unpopular.

So we have reached a homeostasis in education policy, characterized by clearer and fairer but lighter touch accountability systems; the incremental growth of school choice options for families; but no appetite for big and bold new initiatives.

To be sure, there are still fights—battles in state legislatures between reform advocates and their opponents, and sometimes little skirmishes in Congress, but they are at the margins. Should we spend a little more or a little less? Grow the charter sector a bit or shrink it a smidge? Add some regulations or reduce some? Throw out PARCC or keep it? Use A–F grades or something less clear? Add indicators around social and emotional learning or stick mostly to test scores?

Those are important but, compared to the broad policy shifts of the ed reform era, small ball. What’s important to acknowledge is that the period of big new policy initiatives stemming from Washington or the state capitols appears to be over, at least for now.

Our “End of History” will not last forever. It is fleeting. But it provides a real opportunity while it is here.

The opportunity is, for us as a field, to finish what we started, for us to usher in a Golden Age of Educational Practice. To implement the higher standards with fidelity. To improve teacher preparation and development. To strengthen charter school oversight and quality. To make the promise of high quality Career and Technical Education real.

It’s not a moment too soon. As my colleague Robert Pondiscio has long argued, a focus on education practice is sorely needed. That’s because, despite real progress in recent decades, we are still so far from where we need to go. Reading and math achievement rose dramatically in the late 1990s and early 2000s, especially for the lowest-income and lowest performing students. But it’s been mostly flat since then; the latest NAEP scores marked a “Lost Decade” for educational progress. And while high school graduation rates are higher than ever—in part because of those achievement gains ten or fifteen years ago—more than half of our students graduate from high school without the academic preparation to succeed in what’s next. More than half. They aren’t ready for a four-year university program. They aren’t ready for a one year or two year technical training program. They aren’t ready to take a good paying job. They are not ready.

But how? How can we get 14,000 local school systems, and 7,000 charter schools, rowing in the direction of better outcomes for kids, if big new policy initiatives are off the table?

In coming weeks I will explore those questions, and welcome others to do the same. The challenge is to think big enough so that initiatives might have an impact at scale—to move the needle on the Nation’s Report Card; or to lead to a significant increase in postsecondary completion rates, especially for low-income students and students of color; or to boost the number of young people prepared to earn a family-sustaining wage, thanks to strong education and training. Once you start thinking about continental scale, and take policy off the table, there are no easy answers. Though I do believe there are some possibilities, especially if philanthropists are willing to come to the table.

But it can’t just be wishful thinking. Let’s go back to Francis Fukuyama. Imagine if we had spent the 1990s helping Russia make a successful transition to a real democracy, or working to cushion the working classes in the U.S. and Europe from the ill effects of global trade, or paying more attention to the growing risks from radical fundamentalists around the world? We might not face our current predicaments.

So too with our opportunity. If we take a break from the hard work of educational improvement, if we accept another “lost decade” of academic achievement, we will be giving up on the futures of millions of kids, and we will set the stage for another era of top-down policies that may or may not help our schools. We cannot afford to fritter away these years. We must continue to act.