Empowering teachers is necessary but not sufficient 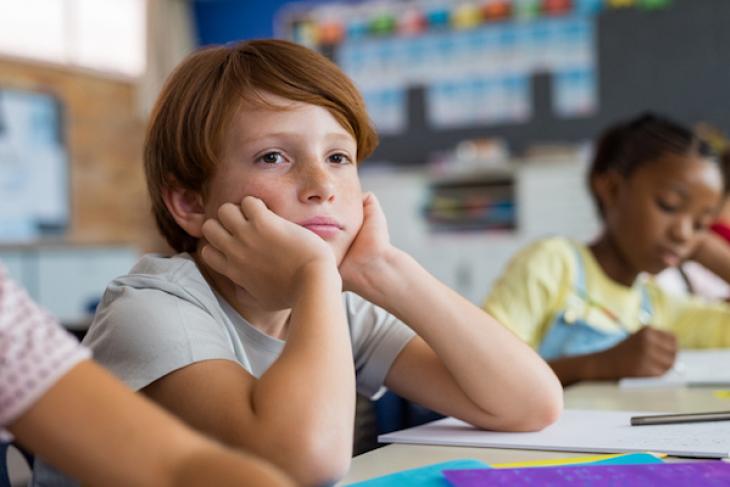 You’ve seen plenty of comments and speculations on what last week’s election means for K–12 education (or will mean if they ever finish counting the ballots and filing lawsuits.) But not until this week did you see the conclusion by my friend Jay Mathews that education should be left to the teachers and the politicians should butt out.

Jay is right about more or less everything. But would you really leave war exclusively to the soldiers or entrust health care entirely to doctors? I’ll wager not. Yes, of course they’re on the front lines. They have to do the heavy lifting and incur the casualties—and we should all be grateful, the more so because they (well, infantrymen, not neurosurgeons!) get little compensation for it. That does not, however, mean they should be in charge of the big policy decisions or left to do their own thing without guidance from policy types.

We don’t expect military units to do their own thing in the field, or decide which fields to enter. (If they did, I doubt you’d find them guarding the Mexican border right now.) It’s true that one of the innovations in Iraq was to give greater autonomy to officers in the field, but that came with lots of training, support, and coordination. And those are officers, not nineteen-year-olds with deadly weapons. As for medicine, we expect doctors to be professionals and make sound judgments on behalf of patients, but we also expect them to follow professional guidelines based on evidence, and to operate—for better and worse—within the constraints and economics of a thousand policies and regulations bearing on licensure, reimbursement, and more.

In the state I know best—Maryland—leaving it to the teachers doesn’t mean entrusting it to that nice Ms. Reynolds in Jemma’s sixth grade classroom. It means turning it over to a potent statewide teachers union that pulls innumerable legislative strings, which is enough to overrule or counteract just about every serious reformist impulse that tiptoes into Annapolis.

Maryland is not alone. The main reason that new blue majorities are a threat to education reform in places like the New York State Senate is precisely because of the influence wielded by teacher unions, influence that, sadly (if understandably), gets wielded 99.9 percent of the time on behalf of organized adult interests, the kind that thrive within the system as it is today, not the interests of children or taxpayers who may be ill-served by that system.

What’s more, elected officials can make good things happen that wouldn’t otherwise happen. (Sure, they also sometimes make bad things happen.) They are why millions of kids and families now have school choices they wouldn’t otherwise have. Jay points to charter schools as creations of teachers, and at the micro-level he’s substantially correct, but there’d be no charter schools if there were no policies created by politicians (in the face of opposition by teacher unions). They are also why we have explicit statewide academic standards and metrics for knowing how well our schools, districts, and children are doing against them. They are why we have at least a semblance of accountability by which changes get made—well, undertaken—in chronically bad schools.

Elected officials are also to be thanked for much of the huge spread over the past several decades of the Advanced Placement program that Jay Mathews has often lauded, including in his recent column. Were it not for state (and sometimes even federal) policies and programs that promote and subsidize AP, there’d be far less of it. The same can be said for dual credit. Publicly-financed pre-school. And much more.

Yes, the politicians must be kept in their proper lanes, not put in charge of what Ms. Reynolds teaches during fourth period on Tuesday or how she grades Jemma’s book review. But a balance needs to be struck. There’s no perfect way to govern education—and we have many different structures for doing this across the country’s fifty states and 14,000 districts—and that’s without even getting into structures such as charter authorizers that don’t fit smoothly under either of those headings. But almost all of them entail a form of “civilian control” over what goes on in schools, the resources available to schools, and the rules by which schools connect with their employees, their clients and the taxpayers who foot most of the bill. That’s as it should be.

Mrs. Reynolds is indispensible. But so are the policy folks, even though they, too, periodically screw up. And in order to have policies and policy folks, we’re destined to live with politicians and endure elections such as the one we’re presently trying to get finished with. Hurrah for teachers—but education is too important to be entrusted exclusively to them. Please reconsider, Jay!