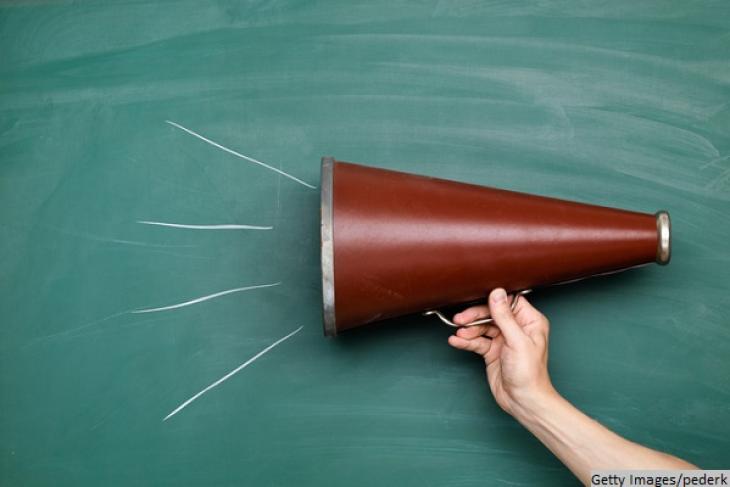 Two years ago, I matriculated from one of the most liberal, activist college campuses in the country. In the months leading up to graduation, I fantasized about jumping head-first into a vocation fighting for social justice. I knew that I had a passion for policy and a healthy interest in education issues (my mom is a school teacher). It was as clear to me then as it is now that education is the key to equality of opportunity.

Eager to put my beliefs into action, I landed in the realm of education reform. Over the last few years, I have been fortunate to meet wonks and policy mavens from all walks of life, all of whom hold in their hearts the best interests of students. Having found the perfect union of my interest in education policy and my desire to help make the world a little better, I figured the rest would be smooth sailing. It was not until earlier this year that I noticed the growing chasm that has formed between two reform camps.

Some on the Right (including a few of my colleagues at Fordham) have argued that if the reformers start pandering to liberals, conservatives will feel like they are being pushed out of the tent that has traditionally belonged to them. But here’s the thing: Education reform needs to attract and retain new recruits if it wants to remain a vibrant movement, and it cannot afford to alienate itself from young people, including young liberals, if it hopes to outlive its current generation of leaders. While some believe that schools should remain completely separate from the world of politics, I’d argue that the melding of politics, social activism, and education isn’t a passing fancy. Millennials stand on the opposite side of a generational gap; on “this” side, politics are completely interwoven with our everyday lives. Reformers would be wise to keep this in mind.

The generation set to inherit the reform mantle—my generation—is primed to take imperatives like school choice to a whole new level. Our commitment to political activism, in tandem with our status as the largest living generation, make us a powerful demographic. Our deep disillusion with government and bureaucracy has left us eager to explore the non-traditional methods of effecting social change. Our own experience with broken education systems has forced us to take a hard look at public education in America. We are exactly the type of intelligent, choice-friendly soon-to-be-parents that the reform elite should be trying to cultivate. But we are also the most liberal and diverse age group ever, the most dedicated to solving issues of race, poverty, climate change, police brutality, and mass incarceration.

To those that might roll their eyes and unfairly accuse millennials of being a mollycoddled generation of politically correct crybabies: Please note that on top of juggling trillions in student debt, we are trying to clean up the world we inherited. After all, it wasn’t so long ago that, by law, whites and blacks had to drink from separate water fountains and queer people like me had to riot in order to have their voices heard. Like it or not, there is trauma in our nation’s past that sometimes leaks into our schools. When this happens—and it does happen; our movement primarily serves students of color from underserved communities—I’d like to think that reformers will finally answer the call to work with communities instead of “doing reform” to them.

The recent call for a moratorium on charter schools from groups like the NAACP and Movement for Black Lives has made clear that education reform has a growing PR problem on the Left. The proposition of excellent schooling for all students shouldn’t be at all controversial, and yet some in the reform community feel like they are being pitted against the cause of civil rights. The civil rights/educational equity dyad is exactly what I believe we should all strive toward. The reality, however, is that many liberals don’t think reform has a place in achieving these goals. As public opinion evolves, one can imagine how this disconnect might grow.

The Left has voiced several concerns with the reform agenda, with these probably standing out as the most prominent:

1. The demographics of the reform movement look, as a whole, nothing like the communities they primarily serve.

2. People are suspicious of the sudden involvement of the private sector in public education.

3. Quality control for new charter schools has been, at best, varied.

These are heavyweight issues that future reformers will have to address, especially as the national spotlight on this sector intensifies. When leaders from these underserved communities speak out with questions, or even with accusations, it does not help the cause of reformers to shut down an opportunity for meaningful dialogue. Like any successful movement, the vitality of education reform depends entirely upon its ability to communicate its intentions and persuade the public that it is working for the good of our students.

I urge reformers to consider whom they will be passing the baton to. I am a believer in the viability of school choice, as well as other innovative solutions to our underwhelming public education system. But I also believe that educational equity is deeply tied to social justice and that topics like racial or economic justice deserve to be discussed in the classroom. I truly believe that we are doing students—and our own movement—a disservice when we shy away from these tough conversations. I find it encouraging that the next generation of leaders looks more inclined to entertain these in-depth discussions—and open to the changes that our approach to reform needs to make.

As American politics and demographics continue to change, the current leaders of the reform movement must acknowledge that in order to go on, it might need to let a few fresh faces (and ideas) in.