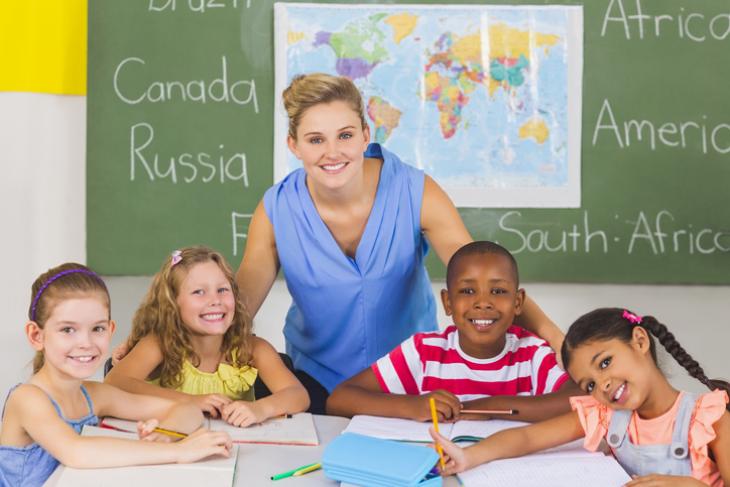 The distinguished Stanford education historian David F. Labaree recently published a perceptive, provocative essay in the Kappan that I found myself nodding in agreement with about three-quarters of the time and shaking my head the other quarter. His thesis: Over time, American K–12 education has largely replaced its commitment to advancing the public good with a more selfish focus on securing private gains of various kinds.

His account of the need for a robust form of “common” education in the early days of the nation is compelling: “As the founders well knew, the survival of the American republic depended on its ability to form individuals into a republican community in which citizens were imbued with a commitment to the public good.” But as the “common school movement” evolved during the first half of the nineteenth century, it also had to contend with “the possessive individualism of the emerging free-market economy.”

As “public education” spread across the land, therefore, its mission “wasn’t just to teach young people to internalize democratic norms but also to make it possible for capitalism to coexist with republicanism.” (There is, of course, a very different historical narrative to be found in works such as Boston University professor Charles Glenn’s The Myth of the Common School.)

By the late nineteenth century, U.S. schooling—Roman Catholics were by then going off on their own—was still mostly portrayed as a “public good,” and in important ways still was, notably in the Americanization of immigrants. But, explains Labaree, the stability of the republic was no longer in much jeopardy, and education had taken on an important additional mission, which was preparing young people for productive roles in a modern industrial economy.

There’s a public element to that, too, of course, for as it equips individuals with skills and habits, it also builds human capital, strengthens the nation’s economic competitiveness, makes the next generation self-sufficient, and so on. But as it readies people for jobs and careers of their own, the “private good” aspect of schooling also comes into sharper relief. Which is why most economists, rather than agonize over whether education is exclusively a public or a private good, simply recognize that it’s both. The two, however, must remain in some sort of equilibrium if both missions are to be successfully conducted. And Labaree clearly thinks they’ve lost that balance.

“All but gone,” he writes, “is the assumption that the purpose of schooling is to benefit the community at large. Less and less often do Americans conceive of education as a cooperative effort in nation-building or a collective investment in workforce development.”

He’s surely correct that it isn’t much talked about in those terms nowadays. Indeed, schools are pummeled today from both sides of our schismatic polity, pushed to celebrate diversity (with the unum often buried under the pluribus), to be culturally sensitive, to individualize education, to give families more choices, to operate “portfolios” of schools rather than “school systems,” and much, much more.

All true, and in its way both good and bad.

But it’s not the whole story, and Labaree seems to ignore the other important chapter: the push for higher academic standards, for closing achievement gaps, for building a “common core” into the curriculum, and for holding schools—all schools, at least all schools that call themselves “public”—to account for their students’ achievement as measured on common statewide metrics. All of this is true, too, and yes it also has both good and bad elements. But it’s a powerful push toward the “common” side of schooling and toward an overall K–12 system that meets the larger society’s needs, not just those of self-absorbed individuals and helicopter parents.

The two great thrusts of education reform in my lifetime have been, on the one hand, the push for more choice, and on the other, the push for more rigorous and uniform standards and the higher levels of achievement—for all kids, not just some—that are intended to accompany them.

Yes, there’s tension between those endeavors. And yes, I’ve also come to think (and have written) that in important ways they’re interdependent, not antitheses, and that we need both—in some sort of equilibrium—if either is to succeed. That duality parallels, in just about every respect, the tension between private and public that Labaree correctly identifies. But from where I sit, we’ve still got both, they’re very much still in a state of tension, and that’s a good thing. What he’s plainly correct about is that we don’t talk much nowadays about “common schooling,” and most schools’ curriculum pays far too little heed to what should be its civic dimensions. And that, sadly, is vividly demonstrated in the words and actions of far too many of today’s so-called adults.