Education is no longer a political winner, and that's a problem 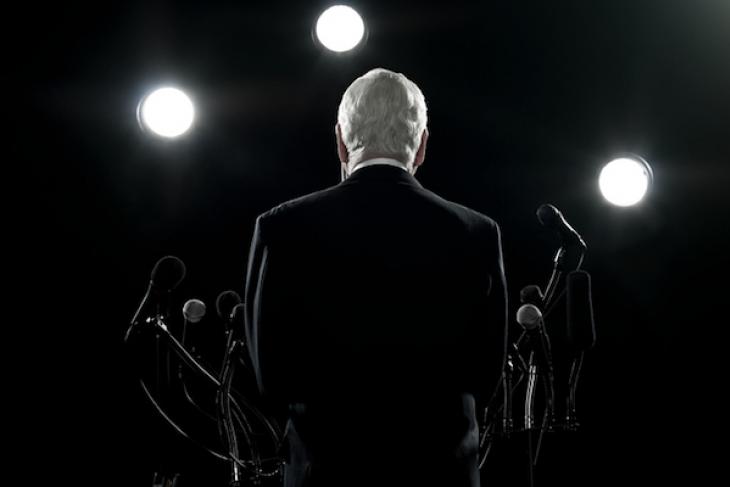 Louisiana is a state that still bears very deep scars of the most horrific conditions that were perpetrated on behalf of nearly half of its population for centuries: enslavement, segregation, institutional racism. It’s a state that is digging itself very visibly out of a nineteenth-century economy and scraping to get into a twentieth- and twenty-first-century economy. Louisiana is a place of extraordinary assets, yet it’s also a place of tremendous struggle.

But the fact is, you can go into any corner in Louisiana today and you can see in its schools, in its Head Starts, in its childcare centers, in its vocational programs, and in its community colleges a level of professionalism, and a level of acumen, that would have been unimaginable here in the 1990s. Unimaginable in a state with schools that were not racially integrated forty years ago that you would see the level of professionalism, the skill, and the learning to standard that you see today in Louisiana’s classrooms. And that has become an accepted condition, and there is an accepted expectation of measurable learning gains in every classroom in this country. That is a tremendous victory.

There are tangible, quantifiable gains to be made, and we can look back on investments in federal, state, and local education policy to see the dividends that they have borne. Dividends in early literacy and graduation gains higher than ever before in this state, higher than ever before in this country. Even dividends in postsecondary education. We have a more college-educated population achieving higher things in our colleges and our postsecondary institutions in Louisiana and across our country than ever before. And there is a reason for that. It’s called education reform.

Education reform has made positive gains in this country for the people whom it’s set out to serve without question. And whereas, when I started out my career in the 1990s and people ask you, “Point me to a set of schools where large groups of students are beating the odds, and are achieving some semblance of hope in the American dream in spite of challenging conditions as a child,” you could count on your hand how many schools met those criteria. Today, there are hundreds of them.  Education reform, largely thanks to the advocacy that you and your organizations have enacted, is to be thanked for that.

And yet for some reason, today we have a political climate in which—whatever side of the Common Core issue you are on, whatever your take on school vouchers, wherever you come out on standardized testing or what have you—you cannot question the fact that politicians are running from education and not toward it. They are running from our elementary schools, our middle schools, and our high schools. And where they are even remotely interested in our education, it is in thin solutions for our postsecondary education and thin solutions for early childhood education. Somehow it’s the thirteen years, the thirteen deeply formative years, of school that they seem to want nothing to do with.

The 2016 presidential election was evidence of this, during which there was an intellectually impoverished political agenda on both sides of the aisle regarding education. Doubtless the midterms will be that way, and doubtless that, if they continue on this course, the next presidential election will be the same. Our issue, unfortunately, has moved from being a front-page issue in New Orleans, in Baton Rouge, and in every one of your communities, to being at best a back-page issue—and one for which Republicans and Democrats alike see little political currency to be gained. And that is a serious, serious problem.

Because my hypothesis would be that the brilliance represented in this room and in your organizations is not actually in the extraordinary elegance of your ideas, it’s not in your ESSA plans, your accountability systems, how great your evaluation systems are, or your curriculums. It has very little to do with the actual policies. And it has to do with the fact that over two or three decades, some of the nations most committed, invigorated, finest people, rich and poor, from west and east, from all racial backgrounds, have actually come together to focus on public education, or publicly-funded education. They have brought tremendous and uncommon energy to this issue, Republicans, Democrats, and independents alike. And we have achieved the gains we have, not because we are smarter than everybody else, but because we have great people who saw this as an issue to which they wanted to dedicate their life.

But when governors and gubernatorial candidates run from our issue, when big city mayors run away from our issue, and most certainly when presidential candidates want nothing to do with our issue other than a couple of throwaway lines, how can you expect the next generation of people sitting in your chairs today to want to serve your organizations? To want to serve this issue in your communities? And I would posit that more than any crisis of accountability, more than any crisis of school choice, whether you like testing or not, whatever you think of teacher evaluation, or whatever your issue, that is the single biggest crisis facing education reform today: the relevance of our issue, and therefore the attractiveness of our issue, for the next generation of activists, advocates, philanthropists, and politicians. They will run to easier solutions with popular taglines because education is hard and because the tail of change is long unless great people work on the issue.

I used to think that I had answers to the problem that I am outlining. And I hope it is a problem that you share a sense of, but I don’t have great answers. I used to think that the answer was maybe in the biggest cities, like New York, Chicago, L.A., and D.C., taking up the mantle of reform there and putting it up on the front pages of the New York Times. I used to think that maybe the obstacle was us finding a better set of issues, moving off of the longstanding principles or topics that we have held so stringently, and finding value in things that offer more value to a more diverse audience. I also used to think that maybe it was about moving our focus away from places like New York, D.C. and San Francisco, where extraordinary wealth exists alongside extraordinary poverty, because that is an intoxicating combination that doesn’t exist in most parts of the country. Maybe we needed to spend more time in suburbs, and in secondary cities, and in rural communities. I used to think that it was some billionaire who could break us out of either being a choice advocate or being a systems advocate or being a kind of newness-for-newness’s-sake advocate, which is where I say the foundations are today. And now I am a little more modest and humble about it, and I don’t know if any of those are the answer. Maybe all of them are.

But I do know that, if we want more Bill Haslams, more Mike Bloombergs, more politicians who put all the noise to the side, who invent, who create newness, who expand opportunity in real ways, at great scale, in every corner of every jurisdiction, we have to change something. We have to reinvent. We have to be new. And I look forward to the discussions today because maybe we can begin to tease out a little bit of this. But I hope that, as you come together, you understand how rare of an opportunity this is, how rare it is for advocates to cross partisan lines and unite. And it shouldn’t just be an opportunity for an echo chamber about issues that are well tried. It should be an opportunity to think about how we remain relevant. How we remain on the front page. I believe it’s possible because the good news is, whether you are in New Orleans or New York or anywhere in this country, there is one force that we can harness, that no other issue can harness, and that is the love of Americans for their children. Everyone knows that children are our most precious assets, and therefore we have a tremendous platform from which to get advocates. But for some reason we are not converting that into attention, into political capital, and into new ideas. And that has to change.

John White is the Louisiana State Superintendent of Education.

Louisiana Superintendent of Education
Thank you for signing up!
Please check your email to confirm the subscription.