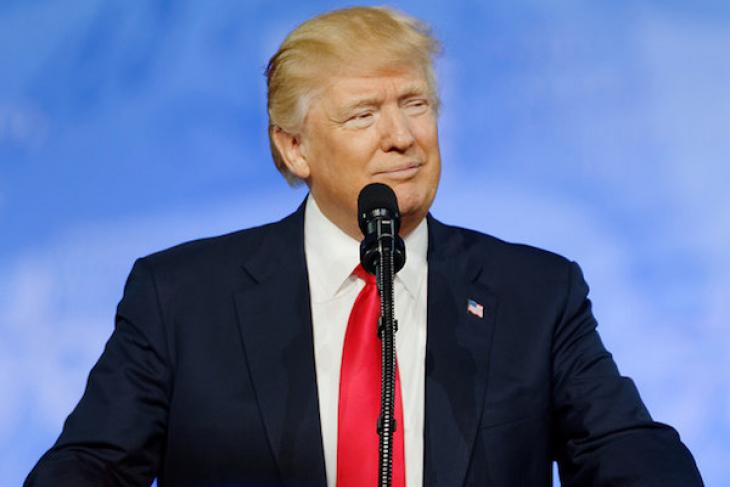 Those who follow federal education policy or work on education at the state level are well aware of a few big changes wrought by the Trump team (with some help from Congress) in its first hundred days, including wiping out the late Obama ESSA accountability regs and easing off on bathroom access rules.

But another quintet of recent ed-related developments in Washington begs for attention by anyone wondering what may actually be changing (or hoping or fearing that change will occur) in our schools and for our children in the Trump era.

First, the latest IES evaluation of the D.C. school-voucher program, which showed that voucher users lost ground (compared with non-users) during their first year in private schools, when judged by test scores. This isn’t going to stop Congress from reauthorizing and re-funding the program, mind you, but it’s already been seized on by voucher haters and added to a spate of recent statewide studies in Louisiana, Ohio, and Indiana that found little or no gain for the voucher kids. (Choice boosters though we are, Fordham is responsible for commissioning the Ohio study.) There are beaucoup reasons why the new D.C. study ought not be taken too seriously—kids often do worse during their first year in a new school and an earlier IES evaluation of the DC program found significant long-term gains (notably high school graduation) for voucher users. Still and all, it was the first such federal report on Betsy DeVos’s watch and it surely won’t help advance the private-school choice agenda that’s important to her and that Trump offered up during his campaign. (He may now be losing interest—one of many reversals—as his team has signaled that no big choice plan is making it into the administration’s tax-reform bill.)

Second, while the voucher push may be stalling, at least in Washington, there’s good progress on the charter front. These independently operated public schools of choice got a nice reputational boost from the latest U.S. News list of best public high schools—with nine of the top ten schools and sixty out of the top hundred fitting into that category. As if to reward the sector, the budget deal emerging from Congress adds some dollars to the federal charter-support program. Nobody is claiming that we aren’t still stuck with way too many mediocre (or worse) charters, but the mounting evidence that many of them are, quite simply, terrific schools is bound to help the quest for more choice, not to mention hundreds of thousands more needy kids. Charters lack some key features of private schools—notably the opportunity to educate one’s child in one’s religious faith—but they are more reliably accountable for their academic results.

Third, the Administration’s “war on Common Core” seems more relentless than its assault on the Assad regime in Syria. Trump himself has again made clear that he wants these standards to go away. Secretary DeVos, perhaps to please her boss, has declared that to all intents and purposes they have gone away. What might have gone away, had they never opened their mouths on the topic, is the political argument over Common Core, which was quietly receding into implementation challenges in the states that still acknowledge that they’re using those standards—and something similar in places that put new labels on the same (or very similar) content, as well as a few jurisdictions that are still struggling to come up with anything nearly as good on their own. (New York State may just have taken a step backwards in latest tweaks to Common Core-based standards.) What DeVos and Trump are unnecessarily doing is continuing to act as if Uncle Sam has something to do with Common Core—in this way foolishly following in the footsteps of Messrs. Obama and Duncan.

Fourth, on the regulatory front, the President issued a wholly unnecessary executive order instructing Ms. DeVos to review the Education Department’s existing regulations with an eye toward curbing federal overreach. Yes, there’s much need to ferret out and smash the regulatory causes of that overreach, and perhaps the executive order will spur swifter and more thorough movement on this front, but it’s something Secretary DeVos could easily have undertaken without White House direction. Even as the Cabinet members in charge of foreign and defense matters seem to be gaining in discretion and authority, one wonders how tight will be the White House reins on the domestic side.

Fifth, and finally, way over in the Agriculture Department, the White House has also directed at least a partial rollback of the (Michelle) Obama-led effort to make school food more nutritious. This isn’t my bailiwick, to be sure. I’m all for well-nourished and fit children, but I also like to cook myself, and I know from experience that it’s truly unrewarding and wasteful of effort and money to set out food that nobody—especially fussy kids—wants to eat. Unlike Common Core, Washington’s micromanagement of what can and cannot be served in school lunchrooms—half the kids in America are now eligible for these federal subsidies—and whether and how it can be seasoned truly constitute an example of federal overreach. That’s one reason we keep reading that the Obama reforms, at least as implemented by some schools, are causing more kids to refuse to choke down what’s being served. (The most widely reported examples involve vegetables with no salt or other seasoning.) Let us acknowledge that tastes differ—and that what tastes good isn’t always good for you. Then let’s hope that the geniuses who write and revise these epically complicated food guidelines can manage, this time, to allow the kids some ketchup (or whatever) on their food without defining ketchup itself as a vegetable.

What will the next couple of hundred days bring? Can hardly wait.