Early college: The little reform bundle that could 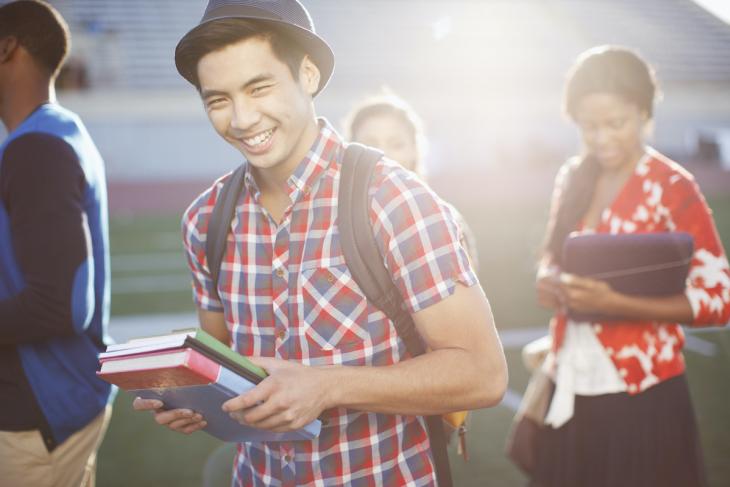 Ten years ago I called early college high schools the best philanthropic initiative in education that never scaled. But the idea keeps chugging along gaining steam with policy and practice innovations. It’s now big enough to call the demonstration project a resounding success and expansive enough to provide an attractive and accelerated education option to millions of families.

Launched by a Gates-led funding alliance in 2002, eight partners supported by JFF set out to create 280 high schools where students could earn up to two years of college credit.

A new AIR evaluation confirmed what appeared to be the case ten years ago—the initiative worked. Many students and families found the proposition attractive, more students graduated from high school all with some college credit, and more finished a four-year degree. It’s worth noting that the AIR study, unlike most evaluations was a randomized controlled trial that demonstrates causation.

The second important observation is that, a decade after the Gates funding ended, the initiative has probably doubled in size and seems to be poised for growth.

The initiative had three inspirations. First was a 2002 phone call to the Gates team from Bard College President Leon Botstein requesting $1 million grant for an idea he called early college.

The third inspiration was a bus ride with Cece Cunningham from LaGuardia Community College, part of the Ford funded Middle College consortium. Cunningham had a hunch that the little network of existing concurrent enrollment high schools on college campuses could push all the way to associate degrees with high school diplomas.

Three visionaries with the same idea in the same week seemed to suggest the radical proposition might just work. With help from JFF, eight regional intermediaries were quickly assembled and the $100 million national early college high school (ECHS) initiative was launched.

The following year, a meeting with then-Texas Governor Rick Perry (now Energy Secretary) resulted in the formation of the Texas High School Project (now Educate Texas), a $30 million public-private partnership that resulted in 135 early college and STEM schools (probably the most productive state-based philanthropic partnership in modern history). The initiative led to the best legislation in the country clarifying credit transfer and funding. Today there are about 200 schools designated as Early College in Texas.

With support from IBM, a P-TECH opened in Brooklyn in 2011. It infused work experiences and employment opportunities to the early college model. The P-TECH model has now grown to more than one hundred schools across eight states—including sixty-three in Texas (in addition to the early colleges). There are eighteen P-TECH in Dallas supported by seventy-five business partners. With seven more early colleges, the accelerated pathways are available as a school-within-a-school option in almost every high school attendance area.

What we can conclude from the ECHS initiative

There are seven observations we can learn from the ECHS


It’s hard to change the basic structures in public education and even harder to work across the postsecondary boundary, but early college has proven to be more than an interesting demonstration project, it’s the little engine that could. It’s chugging along gaining steam. It’s not a universal reform but it is an option that should be available to every family.

Tom Vander Ark is CEO and partner of Getting Smart.