Early and unplanned pregnancy: An off-ramp from upward mobility 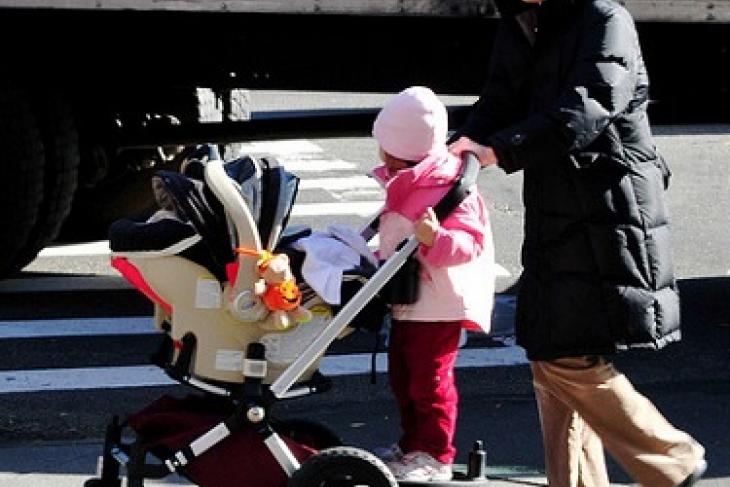 The New York Times’s Nicholas Kristof argued in his column yesterday that the “low-hanging fruit” of K–12 education reform has already been picked and that we should shift some of our energy to early interventions instead. He’s not wrong about ed reform, but I’m less convinced that pre-school and other early interventions are “low-hanging fruit.” It’s no easier to ensure quality and effectiveness in the early years than it is in elementary and secondary education. Plus, establishing new, sweeping pre-K programs is expensive, making it a heavy lift politically.

But the least convincing part of the argument for early interventions is the notion that well-designed programs can ameliorate the enormous opportunity gaps that open up between rich and poor children before they are even born.

Regular Flypaper readers know that I’ve spent the last two years digging into the anti-poverty research and working on a book related to our “Education for Upward Mobility” conference. And like many Americans, I’ve been captivated (and sobered) by recent important books on inequality and mobility, including Robert Putnam’s Our Kids, Isabel Sawhill’s Generation Unbound, Kathryn Edin’s Promises I Can Keep and Doing the Best I Can, and Charles Murray’s Coming Apart. The story they all tell is about inequality in American childhood experiences that is virtually unprecedented in our history.

On the one hand, we see affluent, college-educated, professional young adults choosing to delay parenthood until after their educations are finished, their careers are well established, their finances are in order, and they’ve tied the knot. There are exceptions, of course, but the general pattern is unmistakable. As a result, once they do decide to have children, they are prepared to pour enormous resources—financial, emotional, and otherwise—into their parenting. And their kids are doing extremely well as a result.

On the other hand, we see many lower-income young adults, most of them high school or college dropouts, “drifting into parenthood,” in Sawhill’s phrase, in their teens and early twenties—before they have finished their education, gained a foothold in the economy, or found a life partner. Again, there are exceptions, but the general patterns are clear. While some of these “fragile families” manage to stay together for a year or two, Edin and others have found that in most cases, the fathers are gone before their children turn three. Whether that’s due to a lack of economic opportunities, the age of the parents, or the delicate nature of the romantic relationships, the result is the same: another turn of the wheel in the cycle of intergenerational poverty—for both the parents and their kids. Early and unplanned (or not really planned) pregnancy is a significant off-ramp from upward mobility.

The data could not be more clear: The chances are vanishingly slim that kids born into fragile families headed by young, poorly educated, low-income adults are going to be able to close the gap with kids born into stable, two-parent families headed by professionals in their thirties and forties. Yes, well-designed early interventions, including rigorous pre-school, will help. But only at the margins.

If we really want to make a dent in intergenerational poverty, we have to find a way to encourage young people, regardless of background, to delay parenthood until they are financially and emotionally ready. Of course, stuff happens; young women will continue to get pregnant and have children, and we should be prepared to do all we can to support them and their families. But imagine if most lower-income young people decided to wait until their late twenties to have children instead of their early twenties. Both the mothers and fathers would be more likely to have postsecondary credentials, significant work experiences, career trajectories, and maybe even some savings. They might be married. They still would not be rich, but they would be better prepared to provide the financial and emotional stability their children would need to be successful.

Sawhill and others have convinced me that such an outcome is possible. We’ve succeeded in driving the teenage pregnancy rate down fifty percent from its 1990 high. Why can’t we also drive the “early-twenties” birthrate down? The most promising interventions are Long Acting Reversible Contraceptives (LARCs), i.e., modern-day IUDs and patches. As Sawhill argues, these methods of birth control change the “default” outcome for sexually active young people—from significant chances of pregnancy to almost no chance. That could be transformative. And that, in my opinion, is the real low-hanging fruit.