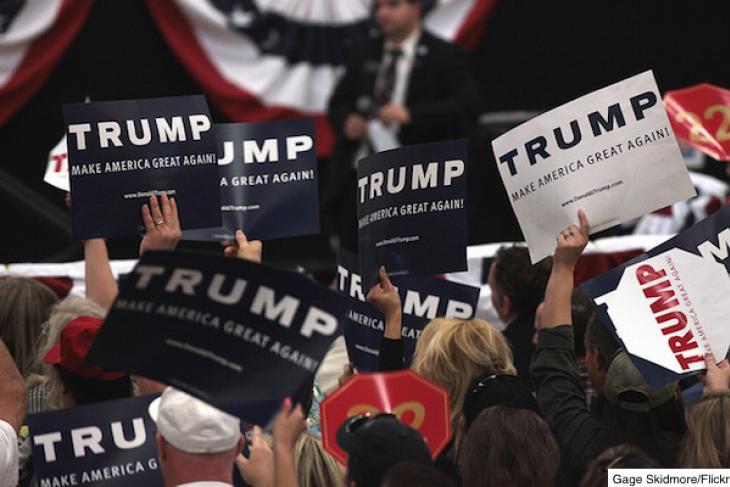 Insofar as Donald Trump paid any attention to primary-secondary education during his campaign, he mostly touted school choice and promised, if elected, to mount a $20 billion federal program to enable low-income kids to attend private or charter schools. His selection of veteran school-choice advocate Betsy DeVos as Secretary of Education signals that his administration will seriously pursue an initiative of this sort.

So far as one can tell, the big choice program sketched during the campaign was intended to signal that Trump, like Republican candidates before him, cared about inner-city kids and was willing to disrupt an education system rigged against them. Still and all, now that he’s going to be President, one must wonder whether his signature campaign proposal in the K–12 space, should it come about, will do much to benefit those who actually voted for the Trump-Pence ticket.

Set aside both the (mixed) merits of choice as an education-improvement strategy and the many obstacles that any big choice program will face on Capitol Hill. Ask whether more charters and vouchers rank high on the Christmas lists of those who mainly elected the new administration, and whether more school choices are a fit solution to the education challenges that they and their children face.

There’s no way to be sure, since most of the country’s experience with purposeful, policy-driven choice programs has indeed taken place in inner cities and most of the evidence of students benefiting from such programs has been limited to minority youngsters, specifically African-American children. (Needless to say, these are places and people that did not tend to vote for Donald Trump.) Indeed, there’s essentially no evidence thus far that vouchers and charters improve educational outcomes for white or non-poor kids.

That’s far from conclusive, precisely because few choice programs have been designed for—or located in—the kinds of white working-class communities that Charles Murray dubbed “Fishtown.” Hence we cannot really know what good they might do there. There’s bound to be some appetite for them. We know from the 2016 Education Next survey that white Americans are more supportive of charter schools (once the idea is explained to them) than are Hispanics. (The African-American sample wasn’t sufficient to be sure.) They’re less in favor of vouchers and tax credits, however, though it’s likely that Trump voters included some parents who would send their children to Catholic (and other parochial and possibly independent) schools if they could afford it.

But choice, save for the virtual kind, is harder to make work in spread out suburbs, small towns, and rural areas, where one seldom has workable access to multiple schools. I strongly suspect that most Trump voters with kids—to the extent that education is on their minds—are chiefly interested in having their current schools work better, ensure a decent and prosperous future for their students, including readiness for real jobs. Many Trump voters fit the profile that Fordham analysts dubbed “pragmatists” in our path-breaking study of What Parents Want. Which is to say their incomes are below the national average and few graduated from college. What that demographic tends to seek for its children’s education—besides the universal desiderata of “a solid core curriculum…an emphasis on…STEM education, and the development in students of good study habits, strong critical thinking skills, and excellent verbal and written communication skills”—is schools that “offer vocational classes or job-related programs.”

One can safely surmise that pro-Trump parents also want schools that are safe and disciplined, that have approachable and supportive teachers; dependable transportation, a decent collection of sports and other standard extracurriculars; and the confidence that their children are getting the best possible schooling for themselves, not being relegated to second best while more privileged—or politically protected—youngsters get a better shake.

Within the Trump electorate we also find plenty of “tea party” types who will want assurances from the new Administration that the federal government isn’t meddling in their schools, certainly not doing crazy stuff like regulating bathroom access or forbidding the suspension of disruptive pupils. They don’t want policymakers suggesting that their kids aren’t a priority because they’re not “disadvantaged” or low-performing. They’ve heard bad things about the Common Core and are convinced that there’s too much testing and that it may contain things that compromise their privacy. They may or may not like their state governments and local school boards; they probably mistrust teacher unions while insisting that parents be in charge of their own kids. They surely don’t want government at any level to get in the way of parents making choices about their children’s education, but I doubt they want government to be creating many such choices, especially not the kinds that disrupt the schools they already have or that push other sorts of kids into their schools. Far better to protect the school one has from outside meddling. Far better to keep one’s own dollars than send them off in taxes.

Yes, I’m speculating a bit, but I think the bottom line is that, while the discontents and frustrations of Trump voters almost certainly extend to public education as practiced in their communities and inflicted on their children, a big federal school-choice program isn’t the sort of remedy they seek. Worse—for Secretary DeVos and perhaps for the popularity of the President-elect himself—except for getting out of the way, I don’t see much that the federal government can or should do in the K–12 realm that will bring any satisfaction to the people who voted for Donald Trump. That may not matter much if he keeps his other promises to them. But then again it might.