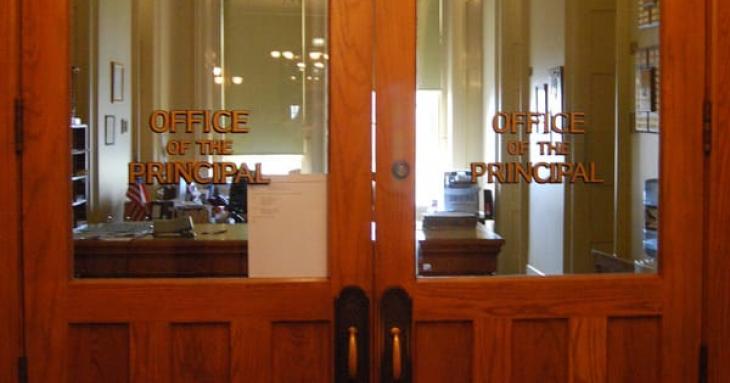 For the new year to bring a new politics to America—one marked by a pragmatic search for solutions, with good ideas from left, right, and center—it’s going to have to come from the bottom up, far away from the Washington outrage machine. A good place to start would be the contentious challenge of school discipline.

As with so many culture war issues, especially those under the gaze of federal regulators, this one has ping-ponged from one extreme to another. Five years ago, the Obama administration declared that racial disparities in student suspensions could be grounds for civil rights investigations—even if driven by differences in pupil behavior rather than discrimination by educators. Today, from the opposite side of the table, we see the Trump administration not just canceling the previous policy but going an unnecessary step further by making a spurious connection between Obama’s action and the tragic Parkland, Florida, shooting.

In this age of base politics, that’s how the game is played. Thankfully, communities nationwide can reject such cynical approaches and craft school discipline policies that can bring us together rather than drive us apart.

That doesn’t mean it will be easy. It’s true that African-American and Latino youngsters are suspended and expelled at higher rates than their white and Asian peers; in some high schools, more than half of all students get suspended every school year. It’s understandable that communities of color worry about the impact this has on kids’ academic trajectories, as well as their likelihood of dropping out of school and into a life of crime.

At the same time, common sense—and loads of research—tells us that students can’t learn effectively when they feel unsafe or their classrooms are constantly disrupted. And given today’s enduring patterns of racial segregation, it’s also a fact that the young people most likely to suffer from unsafe and disorderly schools are themselves African-American and Latino.

Smart school discipline policies, then, must attend to the needs of both chronically disruptive students—who often suffer from trauma and violence outside school—and their better-behaved classmates, who deserve every opportunity to learn in peace. Any successful approach also needs the buy-in of teachers and other educators, who deserve to feel safe, too, and shouldn’t be asked to work miracles.

The top priority must be safety and order. Parents, teachers, and pupils will not accept a “reform” that leads to chaos, violence, or less learning—nor should they. If communities decide they want to curb out-of-school suspensions, they will need a plan for where to send disruptive students. The answer cannot be to tell teachers just to keep them in class no matter the impact on their peers.

Second, potential racial discrimination or bias should be attacked aggressively. The Trump team’s recent action doesn’t alter the fact that treating students differently on the basis of race is illegal. There remains a federal responsibility to investigate any complaint from students who feel they’ve been given harsher penalties because of their race.

Third, schools should seek to improve student behavior, not just react to it. That, after all, is the goal of true discipline. Students who act out in class, bully their peers, or get into fights don’t benefit from adults looking the other way, because these habitual behaviors are likely to continue when they become adults themselves. If we want to interrupt the so-called school-to-prison pipeline, we need to interrupt the behaviors that could land kids in jail someday.

For some students, a single suspension—to get their attention and that of their parents—might do the trick. For others, in-school suspensions, with lots of academic and mental health supports, might be a good option. Some young people, however, are going to need much more intensive help, the kind that can be provided only in a specialized school. But the goal should be the same: to improve students’ behavior before they face the full consequences of their actions as adults.

As can be expected in these polarized times, advocates on the left are already screaming bloody murder about the new Trump policy. And no doubt, they should hold this administration accountable for enforcing civil rights laws and ensuring that students are not treated unfairly on the basis of race.

But all of us should see the opportunity at hand: the chance for a fresh start on school discipline, tailored to each community’s needs and circumstances, a clean slate to find policies that work for all kids. Vowing to seize it would be a fantastic New Year’s resolution.