"Disparate impact" for school discipline? Never has been, never should be. 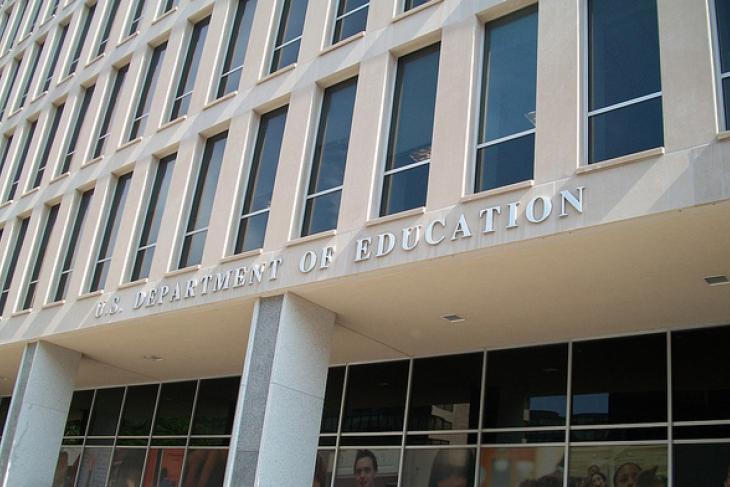 Is disparate impact analysis an appropriate tool for the federal government to use to investigate school discipline practices? As debate over the fate of the Obama administration’s school discipline policy heats up, expert opinion sharply diverges on this question. Allison Brown and Marlyn Tillman argued recently in USA Today that it’s altogether appropriate. Michael Petrilli argued here in Flypaper that it’s a bad fit. This debate is interesting, but it’s based on a false premise. Properly understood in our nation’s jurisprudence, the Obama Administration’s 2014 “Dear Colleague” letter did not apply disparate impact doctrine.

Disparate impact theory is the notion that an apparently neutral policy that has a disproportionate impact on a particular group may indicate the existence of discrimination. It’s an evidentiary tool, not a substantive standard. Even its strongest proponents would never claim that any policy leading to different outcomes for different groups constitutes unlawful discrimination. It’s hard to imagine how any law could possibly be legal under that standard. It also doesn’t hold that any policy leading to different outcomes is presumptively unlawful discrimination. The rule of law could not possibly hold under the presumption that federal bureaucrats could find virtually any law unlawful at any time.

No, disparate impact theory holds that substantial statistical differences may constitute evidence of discrimination. To determine whether discrimination is actually occurring, investigations must be careful and diligent. But the Office for Civil Rights (OCR) policy put forward in 2014 guaranteed that the investigations would be neither.

The letter correctly cites the three-part test of disparate impact in education set by court precedent in Elston v Talladega:

Suppose under Elston that the school policy said, “a student will get suspended if s/he wears braids.” If the district decided to defend this policy, it might argue that, “while this ban does have a disproportionate effect, it’s necessary to maintain a consistent dress code, which is good for school culture.” A judge may or may not deem this a legitimate justification. Supposing he does, the plaintiff might show that consistent dress could be less disproportionately achieved by a school uniform requirement. Then, a judge would overrule the district. Or perhaps the plaintiff discovers an email suggesting a racial sentiment behind this ban. Then, a judge would overrule the district. All in all, it seems reasonably likely that a ban on hair-braids would not pass a disparate impact test.

But suppose the school policy said a student will get suspended if s/he drops an f-bomb on a teacher. The school would be on pretty firm grounds to argue that there’s a legitimate justification here. The plaintiff might argue that there are other ways to prevent classroom profanity. But, in evaluating that, a judge would (as they did in Elston) give some deference to the school district. He will recognize that the school leaders have years of direct experience serving children. A judge would likely uphold the district’s policy.

But things work quite differently in a court of law than they do in an administrative investigation. Under the 2014 policy, the district has no chance to publicly plead its case, and the investigators need give them no deference. OCR acts as judge, jury, and executioner based on its whim. Or, more accurately, based on what the 2014 letter says.

The letter and its attendant materials make clear, a priori, that no deference will be given—indeed that no good-faith disparate impact investigation will even occur. The answers to questions two and three of the aforementioned three-part test are pre-ordained. Of course there’s not a legitimate justification for suspending students because it’s the stated position of the Department of Education that “suspensions don’t work—for schools, teachers, or students.” And of course there’s a comparably effective alternative because the Department of Education says “there are effective alternatives to suspension,” such as “positive behavioral interventions and supports (PBIS).”

The “Dear Colleague” letter makes the three-part disparate impact test a farce. There’s only one yes-or-no question: What do your statistics look like? If they show differences, you’re guilty. Just as soon as OCR gets around to telling you so.

Not that OCR need ever issue a verdict. The Sixth Amendment guarantees a right to a speedy trial, but it doesn’t apply to administrative investigations. These investigations drag on for years and end whenever OCR lets them, whether or not OCR ever finds anything.

Oklahoma City’s resolution agreement, for example, belies the notion that OCR uses a legitimate disparate impact test. The resolution finds plenty of fault with Oklahoma City’s statistics. But after two years of investigation, OCR admitted that it never got around to the second or third part of the three-part test:

The District requested to resolve the complaint prior to the conclusion of OCR’s investigation. In order to make findings to conclude OCR’s investigation of this allegation, OCR would have to conduct additional interviews, including interviews with building-level principals and other administrators to discuss their implementation and understanding of District discipline policies. In particular, interviews would need to be conducted to establish whether or not there is a legitimate nondiscriminatory reason for the disparate numbers outlined above.

District-wide investigations are tethered to individual complaints. Did the facts OCR found substantiate any of allegations? No. Not the allegation of race-based harassment, the allegation of retaliation, or the allegation of different treatment. But despite finding no direct fault, and even after two years of investigation, OCR hadn’t bothered to look into whether the district’s discipline policies were justified. Oklahoma City is only unique in that, unlike hundreds of other cases, it came to a “voluntary” resolution agreement to end the investigation. “Voluntary” is a funny word when the process is the punishment, when a federal investigation is the Sword of Damocles requiring endless administrative time and effort to keep from falling.

What have the results of this resolution agreement been? Well, before it was even inked, administrators were boasting that their new policy led to a 42.5 percent reduction in school suspensions. What did teachers have to say? Let’s do something federal investigators never did: listen to them.

We were told that referrals would not require suspension, "unless there was blood." Students who are referred do not seem to worry about consequences and are seldom taken out of class, even for a talk with an administrator. There was an instance of a one-day suspension for a premeditated fist fight that occurred as two classes passed each other in the hall. Four students had planned this; one student got suspended for one day. They do not respect consequences.

Students have no consequences for their actions. They continue to defy authority and disregard the consequences of their actions. As a new teacher with a new assistant principal, I am having trouble understanding the discipline procedure. It also is very developmentally inappropriate for young children.

This is the worst student behavior I have seen in over thirty years of teaching. The violence in the hallways is extreme.

It is amazing the district reports to the local news media that the discipline/referrals issues have gone down when that is not the case at all. Teachers are being abused physically. There is total defiance from students as early as first and second grade.

Student behavior problems are just sent back to the teachers. This year alone a third grade student brought an X-Acto knife to class. The knife was taken by the principal, and the student returned to class. The teacher had to call the parent. This student has also brought a BB gun to school and threatened students.

Principals are telling teachers that THEY are being told NOT to write referrals and NO suspensions. This means that teachers must DEAL WITH IT!! Parents don't show up for behavior meetings, so writing B.I.P.’s is a joke. Teachers should NEVER have to choose between defending themselves or losing their job!!!

And, I know this is painful, but just one more:

Students are yelling, cursing, hitting, and screaming at teachers and nothing is being done. But teachers are being told to teach and ignore the behaviors. That is very hard to do now that these students know there is nothing a teacher can do. Good students are now suffering because of the abuse and issues plaguing these classrooms.

What do these teachers think would help? Two thirds want greater enforcement of traditional discipline. As one teacher said, “We need to be able to suspend students for repeated bad behavior. After so many referrals or in-house suspensions they need to be suspended.” Only one quarter of teachers believe in “restorative” interventions.

But, remember, OCR never actually got around to talking to teachers, and the stated position of the U.S. Department of Education since 2014 is that suspensions do not work. The agency doesn’t seem to care what teachers think. OCR investigators certainly could have reviewed the teacher survey and read the harrowing teacher accounts of what was happening in their district because of the federal investigation. But, if they did, it didn’t stop them.

And now, even if Oklahoma City wanted to change course and put student safety first, it might not be able to because it “voluntarily” agreed to “submit any proposed changes to its discipline policies, procedures, and practices to OCR for review and approval prior to implementation.” So, in the rare cases in which OCR allows an investigation to close, whether or not it ever found anything, it retains veto power over the district’s discipline policy.

The “Dear Colleague” letter does not call for investigations based on disparate impact doctrine. It calls for show-trials without the show. Just this week, OCR forced a resolution agreement on Milwaukee Public Schools. According to the superintendent, she had “no choice.” And several school board members stated they had no idea the investigation was happening.

The secrecy of these investigations is why (aside from the fact that it was never actually even used) disparate impact is unsalvageable as a tool for federal investigation into school discipline.

Even if Secretary of Education Betsy DeVos were to rescind the guidance and re-issue a letter that called for a more conscientious application of disparate impact theory, that wouldn’t be enough. Just one vague threatening word from the next secretary and we’ll be back to where we are right now: Districts are presumed guilty and unable to prove their innocence in closed-door pseudo-investigations that maybe not even the school board knows about, while activists applaud manipulated statistics and ignore the voices of teachers and students.

This must stop. And it must never be allowed to happen again. Rescinding the guidance is not enough. Re-issuing better guidance would not cut it. Secretary DeVos should open the official regulatory process and explicitly prevent future administrations from using disparate impact in school discipline investigations. By all means, investigators can and should review data whenever an allegation of disparate treatment is made. But school districts must never again be presumed guilty and unable to prove their innocence, and kids should never again be put in danger because of statistics.