Differences in college completion rates by gender and institution type

College completion rates have increased over time at both two- and four-year institutions, but they’re still too low. In a recent report, Harvard University Graduate School of Education professor Bridget Terry Long examines how completion rates vary by, among other things, institution type and student gender, and considers the high price both taxpayers and students pay for non-completion.

Professor Long used publicly available data from the Integrated Postsecondary Education Data System (IPEDS), an annual federal survey collecting information on enrollments, finances, completions, and other metrics from higher education institutions. “Institutional graduation rate” is calculated by examining how many students complete a degree at a school within 150 percent of the expected completion time, but does not reflect transfer students or those going part-time. To this Long added data from the National Student Clearinghouse (NSC), which uses part- and full-time student records and links them across schools. She pulls from other studies and recent research on the topic of college completion to supplement her own inferences and analyses of the data.

Long finds that women had higher completion rates across all institutions types than men—be it two-year or four-year, public or private, non-profit or for-profit. The rate is particularly different at four-year colleges, where 48.2 percent of women earn a degree within six years, compared to 42.1 percent of men, and at private institutions, where the figure is 59.7 percent for women and 52.3 percent for men. Rates have improved for public institutions, but have declined at private universities. The overall completion rate at private institutions is 52.7 percent, a 25 percent decrease from 2006. Meanwhile the rate at public colleges is lower, at 40.3 percent, but this represents a 12 percent increase since 2006. And first-generation students fare better at four-year institutions than they do in two-year programs: a 49.1 percent completion rate versus 38.6 percent.

The study is limited by is IPEDS’s exclusion of students who transferred or were considered part-time by their institution, as well as its combined use of information from two different databases that produced different results. The report also broadens its scope by considering outside research and analysis that shed some light on the reasons for differences in completion rates across variables, but it offers so many potential causes that none are explored in much depth.

It’s good news that college completion rates are, on the whole, increasing, but we still have a ways to go. Growth can be seen especially in public institutions, whose students are raising the overall completion rate. Future research on this topic should further examine the different factors that reduce the likelihood of completion. This report is nevertheless illustrative of the problem. Non-completion hurts our students and our country. College dropouts often leave school with debt, bleak job prospects, and lost time that could’ve been spent learning employable skills. 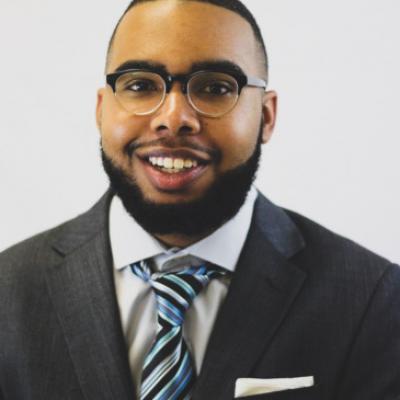 Tyler Hughes was a research intern at the Thomas B. Fordham Institute. Tyler had been pursuing his bachelor of science in journalism and mass communication with an emphasis in public relations and was a rising senior at the North Carolina A&T State University. Prior to joining Fordham, Tyler had interned with business incubator EntreVation in Washington D.C. and the office of student activities on his campus…