The debate on school discipline reform 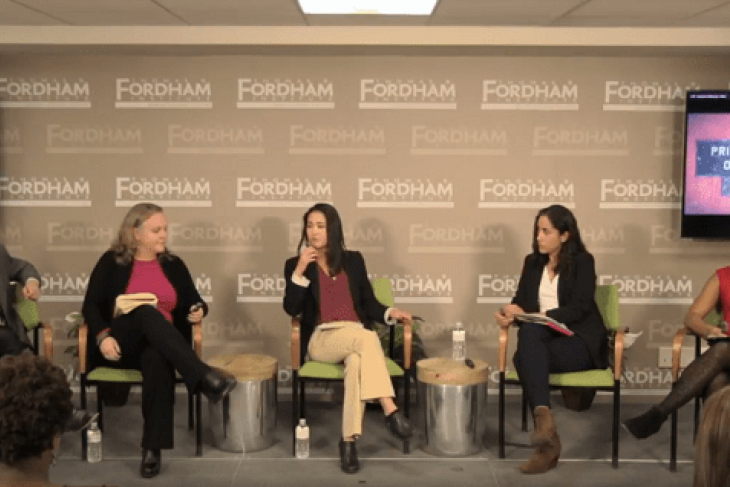 In recent years, as the pendulum of public opinion surrounding school discipline has swung from zero tolerance to restorative justice, policymakers, school leaders, advocates, opinion-shapers, and interest groups have struggled to solve inherently difficult problems: To what extent are such policies actually altering school practice? Are those alterations doing good or harm? And what are the pros and cons of limiting—or even banning—suspensions for certain forms of misconduct?

To address these questions, Fordham hosted a two-panel event on January 26 examining how to handle student misbehavior and the policies behind school discipline reform.

The first panel, moderated by Fordham senior vice president for research Amber Northern, featured Matthew Steinberg and Abigail Gray, the respective authors of “The Academic and Behavioral Consequences of Discipline Policy Reform” and “Discipline in Context: Suspension, Climate, and PBIS in the School District of Philadelphia.”

That discussion was followed by a lively debate between Cami Anderson, former superintendent in Newark and founder of the Discipline Revolution Project; Kristen Harper, director for policy development at Child Trends; Laura Jimenez, director of standards and accountability at the Center for American Progress; and Mike Petrilli, president of the Thomas B. Fordham Institute. Alia Wong, education editor and writer at The Atlantic, moderated.

Northern opened the first panel with an overview of both Steinberg’s and Gray’s studies. Both papers examined the implications of a change in policy in the School District of Philadelphia in 2013, which instituted a ban on out-of-school suspensions for low-level “conduct” offenses and reduced the length of those suspensions for more serious infractions. Steinberg analyzed the academic and behavioral consequences of the policy reforms; whereas Gray studied principal and teacher perceptions in the wake of policy changes and how implementation of other discipline strategies (such as “Positive Behavioral Intervention and Supports”) was going.

One of the key findings of the Steinberg study was that both the number of more serious incidents and the truancy rates increased after the policy change. Steinberg stressed that, “If we want to change patterns in schools, targeting suspensions and eliminating them as a reform cannot stand alone as a policy response.” One of Gray’s key findings was that principals and teachers do not agree on the use of out-of-school suspensions in the schools: Principals appear mostly on board with the policy, but teachers do not. Gray agreed with Steinberg that school supports and resources are essential considerations when rolling out new policies and argued that we now have strong evidence that suspensions cause long-term negative consequences. However, Steinberg disputed that claim, maintaining that the evidence was not as rigorous as some claim.

The debate followed with that frame in mind. Wong asked the participants, “If you were to go to schools that are struggling to get discipline reform right, what would you look for to troubleshoot and come up with a solution?” Anderson listed key components to successful discipline-reform efforts: smart classroom management; a culture of high expectations; high levels of student and teacher support; and comprehensive, proactive response systems and guidelines. Harper similarly suggested that policymakers must carefully consider the collective opinions of parents, teachers, and students if they’re to successfully develop and implement discipline reforms. She cited Fairfax County, Virginia, as an example of a district that has done this well.

Wong then steered the debate toward policy concerns by asking, “How do we move past deep disagreements on policy to find common ground?” Harper said that “the history of school discipline reform has been an inclusive one and the effort has always been about advancing equity and supporting students and teachers.” But Petrilli argued that discipline reforms, though well-intentioned, may lead to unintended consequences when schools don’t receive the additional support and resources needed to implement said reforms. He also warned that top-down mandates can appear to some, including educators, to focus on a small subset of students: “We have got to make sure that the kids who are not misbehaving are as much in our minds as the kids who are.”

Anderson then pointed to extensive racial disparities in suspension rates in America’s schools and said that care has to be taken to avoid criminalizing young people. Jimenez agreed, arguing that federal data collection on disciplinary actions is necessary because racial bias is rarely identifiable in individual complaints submitted to the U.S. Department of Education’s Office for Civil Rights.

Despite all of their differences, all panelists agreed that the responsibility ultimately falls on adults to make school a place where both teachers and students can feel safe and respected.

Make no mistake: It was one of Fordham’s liveliest debates in recent memory. If you didn’t get the chance to see it, tune in here! 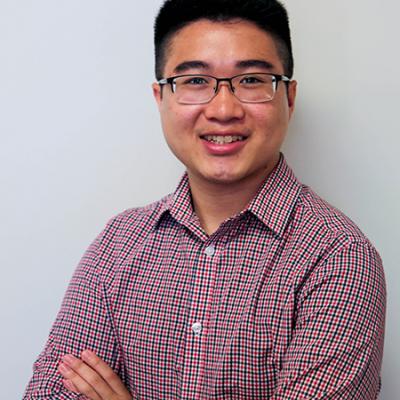