A civil rights rollback, or a victory for common sense? 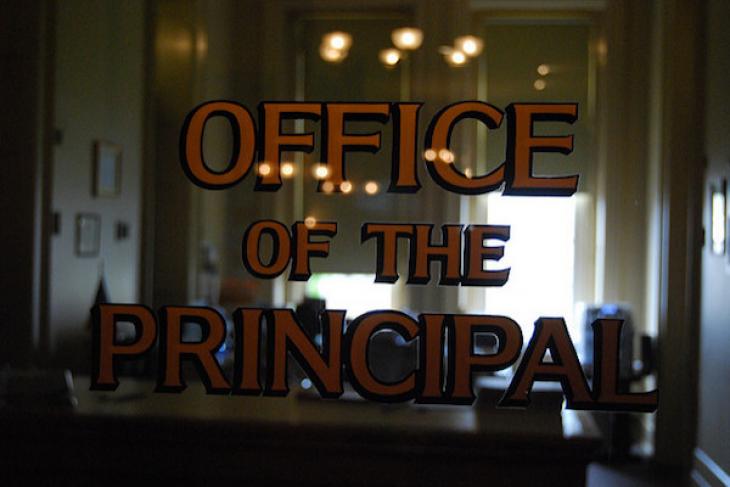 The national press jumped all over the news last week that the Office for Civil Rights in the Trump Department of Education will be taking a different tack on federal civil rights enforcement than it did under the Obama Administration. As Andy Rotherham wrote, “not surprisingly, with those words—Trump, civil rights, federal—in the same sentence, people are alarmed.” And sure enough, the mainstream media published articles with alarming headlines, like “Education Dept. Says It Will Scale Back Civil Rights Investigations.”

That sure sounds bad; after all, even the local-control crowd will generally acknowledge that there’s a legitimate federal role in ensuring students’ civil rights. Too many of our children and teenagers feel vulnerable today, for no other reason than their race, religion, or sexual orientation, and they deserve our protection.

But what journalists, education reformers, and everyone else should understand is that the Obama Administration turned almost everything into a potential civil rights violation. As I argued at the time, it was federal overreach on steroids. What acting OCR chief Candice Jackson is doing is simply returning OCR to the pre-Obama status quo ante. Whether that’s wise is worth debating. But surely it’s hyperbole to claim, as Jackson’s predecessor did on Friday, that it amounts to “assembly-line justice” and “a stick your head in the sand approach.”

At issue is whether OCR should launch “systemic reviews” when investigating discrimination complaints, or stay focused on the facts of a particular case. As Jackson writes,

OCR will only apply a “systemic” or "class-action” approach where the individual complaint allegations themselves raise systemic or class-wide issues or the investigative team determines a systemic approach is warranted through conversations with the complainant.

In her New York Times article, ace reporter Erica Green points to a California case to explain what’s at stake:

The department received a complaint that a black student at the Lodi Unified School District in California, about an hour south of Sacramento, received harsher punishment than a white student after the two were in a fight.

According to a published settlement agreement, the investigation found that schools with higher percentages of black students established stricter punishment for discipline incidents.

That’s an excellent example. When most of us think about minority students facing discrimination, we picture an event like the one in Lodi—two kids in a fight, one white, one black, and the black student is allegedly given a tougher punishment than his white peer. If true, that’s clearly a civil rights violation, and an issue under the purview of OCR.

Why, then, did the Obama-era OCR feel the need to look beyond this particular event? A cynic might say it was because the facts didn’t point to discrimination. According to the settlement agreement itself, the black student assaulted the white student the next day, and the white student didn’t reciprocate. That explained the differential punishment. So investigators went looking for systemic discrimination, and in their view found it: “Schools with higher percentages of black students established stricter punishment for discipline incidents.”

To researchers this wouldn’t be surprising at all. A brand new study out of the University of Arkansas, like research before it, found that most racial disparities in discipline come from differences between schools, not within them. The scholars write, “Across the state, black students are about 2.4 times as likely to receive exclusionary discipline (conditional on reported infractions and other student characteristics), whereas within school, this same conditional disparity is not statistically significant.” In other words, giving two students in a fight different punishments is not very common, but punishing discipline infractions more severely at high-minority schools is quite common indeed.

But does this amount to systemic racism and discrimination? Common sense would indicate that tougher schools are going to do whatever they can to maintain order and safety and ensure that students can learn. Affluent schools may be able to get away with a more relaxed approach. And if the affluent schools and poor schools are in different school districts, there’s no legal problem.

But what if your district has both high-poverty and low-poverty schools, as is the case for most large districts, either urban or suburban? Here the Obama-era OCR would say that you need to have one district-wide discipline code, and it needs to be enforced consistently—and even then, if it leads to racial disproportionality, that could be grounds for an investigation. In the real world, that means districts have to either practice stricter discipline than educators deem necessary in their low-poverty schools, and/or more lax discipline than educators deem necessary in their high poverty schools. Is that really a good idea, educationally?

Moreover, how can you defend the sort of fishing expedition that OCR embarked upon in Lodi, when the specific complaint was about two students in the same school getting into a fight?

Furthermore, what about the peers of disruptive students? Do they have anyone paying attention to their right to learn while we are parsing the rights of kids who are getting into fights? When districts react to OCR threats by choosing not to enforce their discipline codes in high-poverty, high-minority schools, it’s the well behaving poor kids who suffer “disparate impact.”

Whether civil rights rules should allow different schools in the same district to have different approaches to discipline is up for debate. There are trade-offs—pros and cons on either side. But more than anything I hope I have convinced you that using the federal civil rights apparatus to address something as central to schooling as student discipline is…complicated. And what Candice Jackson just did is entirely reasonable, and even kind of normal. Of course, that doesn’t make for good headlines.