Charter start-ups vs. district turnarounds: Attempting to settle the debate

Come September, Celerity Educational Group will start a new K-5 charter school, to be christened Celerity Sirius, in a neighborhood church in Compton, CA. It will open its doors just a few blocks from McKinley Elementary, a K-5 school, famous for being ground-zero in the “parent trigger” wars. McKinley is a chronic low-performer that has made Adequate Yearly Progress (AYP) only once since 2003. Its test scores consistently fall in the bottom 10 percent of all California schools (of which there are nearly 10,000). That persistent failure has afforded McKinley the right to gobs of federal and state resources, all bestowed in the hope of turning around this troubled school.

Scenarios like this, which pit a start-up charter head-to-head against a neighboring district school deep into a turnaround effort, offer an ideal lab for re-examining the lively and consequential debate among ed reformers: Are charter start-ups more likely to yield successful schools than district turnaround efforts? And if so, why don’t we divert a big chunk of the $3 billion in federal “school improvement grants” to starting new charters instead?


Historically, few low-performing schools (in either sector) have made the quick and dramatic leaps in performance that satisfy experts’ criteria for a full-fledged “turnaround.” A recent study I conducted for Fordham defined a “turnaround” in reasonably strict terms: To earn that designation, a school must have moved the needle on student achievement in both reading and math from its state’s bottom decile to above the state average (from 2003-04 to 2008-09). Alas, I found that only 1 percent of schools made the cut. Mindful of how dismal this track record is when it comes to turning around weak schools, we wondered whether start-up charters in the same neighborhoods have fared any better.

To fill this evidence gap, I examined situations such as the one described in Compton. Across ten states (Arizona, California, Florida, Michigan, Minnesota, North Carolina, Ohio, Pennsylvania, Texas, and Wisconsin), I located all incidents (between 2002-03 and 2006-07) of a charter school opening in close proximity to a district school that had reading and math proficiency rates in the bottom 10 percent of its state at the time the charter appeared in its neighborhood. To qualify as a fair match-up, the charter and district schools had to be the nearest neighboring public schools of the same type (elementary or middle) and be located less than three miles apart as the crow flies. The schools also had to be demographically similar, with no more than a 10 percentage point difference in their subsidized lunch and minority enrollments. After identifying these matches, I examined the reading and math proficiency rates of the schools in 2008-09 to determine how many schools had become “successes” by that year (success defined here as performing above the state average).

In most of the showdowns, the charter start-ups emerged victorious. Of the eighty-one head-to-head matchups I identified, 19 percent of the charter schools (i.e. fifteen schools) tested above the state average in 2008-09, compared with 5 percent of district schools (i.e. four schools).*  Neither of those numbers is what one would hope—and what kids need—but let’s at least recognize that the success rate of start-up charters was almost four times greater than the district turnaround rate.

This is good sign for charter start-ups, and for the kids who gain admittance to them. But caveats abound. Because of the small sample, the difference in charter and district success rates was not statistically significant. And even if it was, this analysis can’t rule out the possibility of selection bias. It might be that the charter schools were more successful simply because they attracted better students. 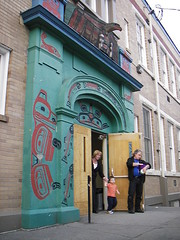 Yet there’s one important finding that I can state with utmost confidence: Surprisingly few start-up charters opened in close proximity to one of their states’ lowest performing schools. Of the 530 charter schools tagged and analyzed, only eighty-one set up shop as nearest neighbors to one of the 2,000-plus low performing district schools. The implication? Even if start-up charters are more likely to succeed than turnarounds, there currently are not enough of them available to kids stuck in failing schools. Big cities don’t have a bulging pipeline of KIPP or Achievement First or Aspire schools just waiting to be tapped. (Many big cities, of course, have none of those.) Districts and states need to find better incentives for quality charters to open up in their neediest neighborhoods. At the same time, they need to turn around their turnaround efforts—so that these actually work a whole lot better (at least four times better) in the future than they have in the past.

Note, too, that, for every start-up charter that met our criteria for success, there were two that continued to exhibit consistently low performance. While fifteen charter start-ups (of the eighty-one we started with) ended up above the state average in 2008-09, thirty-three landed in the bottom quartile.

So what’s the takeaway? When contemplating whether to put one’s energy and resources into turning around failing schools or closing them and replacing them with charter start-ups, the answer for most cities will probably be “both, and” rather than “either, or.” My preliminary evidence suggests, however, that the charter start-up route is somewhat more promising. Still and all, reformers will need to get a whole lot better at implementing both strategies successfully lest all of this add up to “nothing much.”

*This percentage, which comes from a small sample of only 81 schools, is a less precise gauge of turnaround success than the 1 percent of schools found in the overall study, which examined 2,025 schools.

David Stuit is a partner at Basis Policy Research, where he conducts quantitative research on policy and finance for school districts, state departments of education, and other education-related organizations. He holds a Ph.D. in leadership and policy studies from Vanderbilt University. He is also a Thomas B. Fordham Institute/American Enterprise Institute Emerging Education Policy Scholar.

David Stuit is a co-founder and managing partner at Basis Policy Research, an independent research firm that conducts applied research, data analytics, and program evaluation for PK-20 education organizations across the United States. In his role as managing partner, David is responsible for championing Basis’s vision to improve the life outcomes of American children by providing policymakers with better…