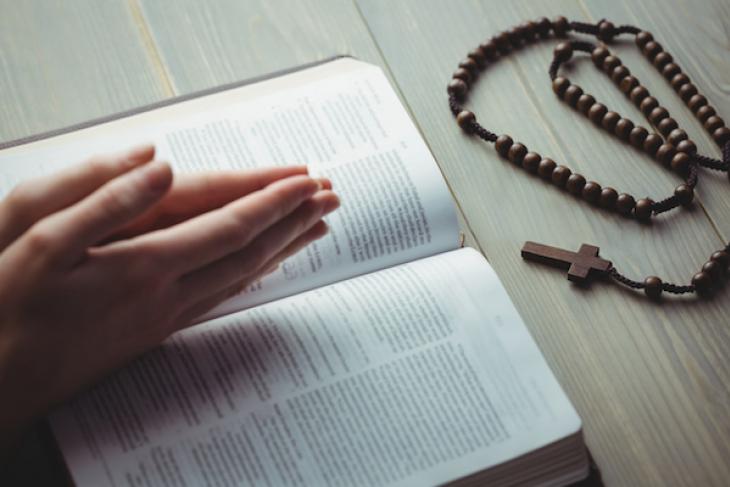 Catholic schools are the largest provider of private education in the United States, yet most of the research on their performance has ignored what may be the biggest reason that parents (or guardians) send their children to Catholic schools—namely, self-discipline.

In a new report I coauthored with Michael Gottfried for the Fordham Institute, Catholic Education and Self-Discipline: Evidence from Two National Cohorts, we address this gap in the literature by examining the “noncognitive skills” of Catholic students in two nationally representative cohorts of elementary students to see if attending a Catholic school is associated with greater self-discipline. Although prior studies have considered outcomes that are plausibly related to this skill (such as graduation and voting), to our knowledge our study is the first to examine Catholic students’ self-discipline directly (and the first consider their behavior in elementary school).

In the study, we gauge students’ “self-discipline” by externalizing behavior problems (lower likelihood of arguing, getting angry, fighting, etc.) and self-control (higher likelihood of controlling one’s temper, respecting others’ property, and handling peer pressure, among other things). Overall, we found that students attending Catholic schools exhibited better self-discipline than comparable students in other private or public schools, as measured by both of these scales. And despite prior research that suggests Catholic schools have particular benefits for low-income populations, there is little evidence that these students are any more or less likely to acquire self-discipline than their higher-income peers—good news insofar as it suggests that attending a Catholic school benefits all children.

So called “noncognitive skills” like self-discipline have been linked to many positive outcomes for students, including academic achievement, high school graduation, lower rates of crime and drug use, and employment in the years following schooling. Consequently, policymakers across the country are eager for sound advice and/or new thinking when it comes to encouraging the development of these skills. And in recent years, numerous scholars have sought to meet this need, using a variety of ingenious approaches. Someday, perhaps, one or more of these approaches will allow us to incorporate “noncognitive skills” into our accountability systems. But in the meantime, the logical place to begin any conversation about these positive behaviors is with schools that are already proving successful in instilling them in kids.

Because I did not attend Catholic school myself, I found myself drawn to the websites of Catholic schools as I was preparing for this project. I read dozens of mission statements, school handbooks, and testimonials from parents that addressed themes such as educating the whole child, service to others, community, and ethics—in addition to academics. Based on this informal review, Catholic schools clearly have a unique brand (just as magnet schools that highlight their unparalleled arts or sciences programs, or elite private schools that boast of their rigorous academic preparation, have distinctive brands). For Catholic schools, the core of that brand is a dual focus on “human development” and academic success—a strikingly sane approach that serves as an implicit rebuke to educational researchers’ and policymakers’ tendency to fixate on test scores.

Ultimately, our report raises as many questions as it answers. Chief among them: What accounts for the Catholic School Advantage? Do teachers in Catholic schools exhibit more patience when dealing with unruly children? Do these kids respond more positively to lesson plans and activities that are dedicated to introspection or other forms of personal development?

For researchers, answering these sorts of questions likely requires a more qualitative approach—one that focuses on observing actual classrooms and talking to actual teachers and parents about how their kids are doing.

Jacob Kirksey is a doctoral student at the University of California, Santa Barbara.