Can social studies get even worse? 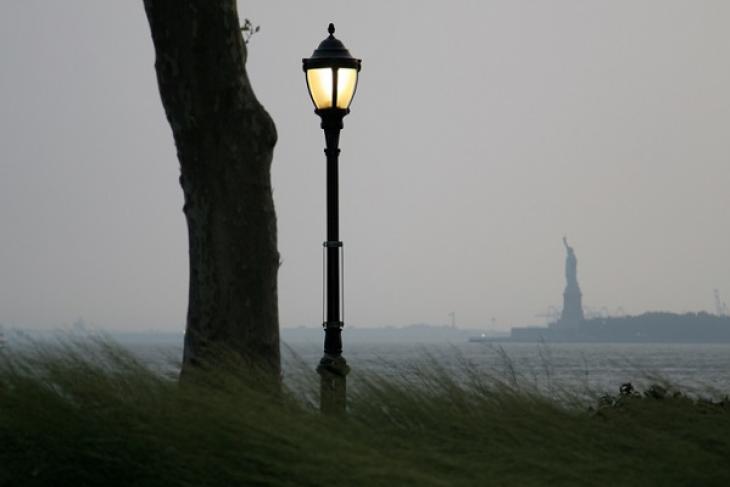 Way back when you were young (i.e., 2003), the Thomas B. Fordham Foundation published a hard-hitting report titled Where Did Social Studies Go Wrong? It lamented the manifest failures of social-studies education, identified a number of culprits, and recommended a series of fundamental rethinks and reforms.

Among the shortcomings that we cited was “hostility on the part of many educators at all levels to the kinds of basic knowledge ordinary Americans think important for their children to learn.” Another was the displacement of discipline-based education in history, geography, politics, and science with something far more amorphous, touchy-feely, and non-substantive known as “social studies.” Recounting its emergence in our pages, Diane Ravitch wrote:

Educational theorists complained that teaching about heroes and history stories was nothing more than “daydreaming.” They wanted the schools to deal “realistically” with the problems of the world. They encouraged the schools to socialize their students by centering their activities on home, family, neighborhood, and community. They said that the schools should teach the present, not the past. One state after another began to eliminate history from the elementary grades and to replace it with expanding environments (home, neighborhood, community). The very idea that students would have fun learning about long-dead kings, queens, pirates, heroes, explorers, and adventurers was dealt with contemptuously by prominent educational reformers as a form of unacceptable escapism from the real problems of society.

Plenty of culprits turned up in the pages of our report, but most prominent among them—both because of its widespread influence in American K–12 education and because of its ceaseless flow of bad curricular and pedagogical ideas—was the National Council for the Social Studies (NCSS).

One example (again from our 2003 publication):

Astonishingly, the website of the National Council of the Social Studies in September 2002 stressed the teaching of tolerance as an antidote to “the anti-democratic” forces at work in the United States represented by the Bush administration, and listed as its first recommended lesson plan a look at the internment of Japanese-Americans that followed Pearl Harbor. This was consistent with the advice given by a keynote speaker at the annual meeting of the National Council for Social Studies just two months after 9/11, who “warned against patriotic displays like the singing of ‘God Bless America.’”

Fast forward to today and nothing much has improved—except that the world (and nation) in which we live has greater need than ever before for its young adults to possess a solid grounding in the country’s history, values, and civic institutions. In an earnest attempt to do something about the civic illiteracy that besets the overwhelming majority of Americans, a number of people started wondering why we don’t expect kids, as a condition of high school graduation, to pass the same test that the U.S. requires of immigrants seeking citizenship.

It’s not a high bar. A few years back, the test itself was overhauled into a hundred basic questions about U.S. history, government, and geography, all of which have straightforward factual answers: Name the three branches of government, for example; or name one right or freedom from the First Amendment. Some of the questions resemble trivial pursuit: How many Amendments does the Constitution have, for instance; name one of the authors of the Federalist Papers. But it’s far from burdensome. You could pass it with a few hours diligent study. Frankly, if a seventh grader, much less a high school student, can’t already answer six out of ten questions chosen at random from a set of one hundred questions—that’s what candidates for naturalization must do—it’s an indication that something has gone quite awry in your education. Check out the test for yourself and see if you don’t agree.

With the encouragement and support of a non-profit organization called the Joe Foss Institute, another non-profit called the Civics Education Initiative has been urging state leaders to mandate passing the citizenship test as a high school graduation requirement. To date, some seventeen states have adopted some version of this recommendation. But, true to form, NCSS takes a dim view of the initiative. In a position statement issued last month (fifteen months after passing a similar resolution at their annual meeting), that organization doesn’t exactly denounce the citizenship test, terming it an “admirable effort,” but NCSS then declares that the exam “threatens to derail the effort at implementing both a quality civic education and an effective associated assessment.”

A curious reader at this juncture might well ask, “Derail what effort?” In the 2014 round of National Assessment testing, a mere 23 percent of U.S. eighth graders scored at or above proficiency in civics; just 18 percent in U.S. history. Given these alarming scores, one might expect NCSS to grab like a drowning man reaching for a life preserver at any excuse to inject history and civics content into America’s classrooms.

The organization, however, sees things quite differently. It goes on—at some length—to beg educators and policymakers instead to implement its own preferred approach, which turns out to be both pie in the sky and far more controversial than anything in the citizenship test. For it seeks not just “classroom instruction” and “discussing current events and controversies,” but also such things as “school governance” (and “school climate reform”), “social and emotional learning,” service learning, and, potentially most controversial of all, “action civics,” which is a little nebulous but seems to boil down to advocacy and protests. Those are certainly fundamental rights of Americans, but how public schools approach them, particularly in today’s overheated, polarized climate, is a very touchy matter indeed.

I would never suggest that memorizing the answers to a hundred questions turns one into a great citizen, much less that we shouldn’t expect much more from a proper civic education in our schools. But when almost no schools are delivering a proper civic education, and just a third of states hold either schools or students to account for imparting or acquiring such an education, it seems not unreasonable to start with the basics. If nothing else, it’s a matter of simple fairness. If we demand that naturalized citizens master a few rudimentary facts of U.S history and civics, it seems churlish to exempt our seventeen-year-olds from the same extremely modest demands.

Something is better than nothing. In that spirit, requiring all kids to learn the stuff that new citizens are expected to know is a whole lot better than what passes for civics (and social studies) education in most of the U.S. today. Could and should schools do more than that? Of course. But why not start with something that’s both doable and laudable, rather than damning it with faint praise and substituting something that is both unworkable for schools and apt to stick in the throats of many parents, voters, and taxpayers? This isn’t a case of the best becoming the enemy of the good. It’s an example—the NCSS is really good at this!—of the questionable becoming the enemy of the plausible.