Can parents prod schools to get better? 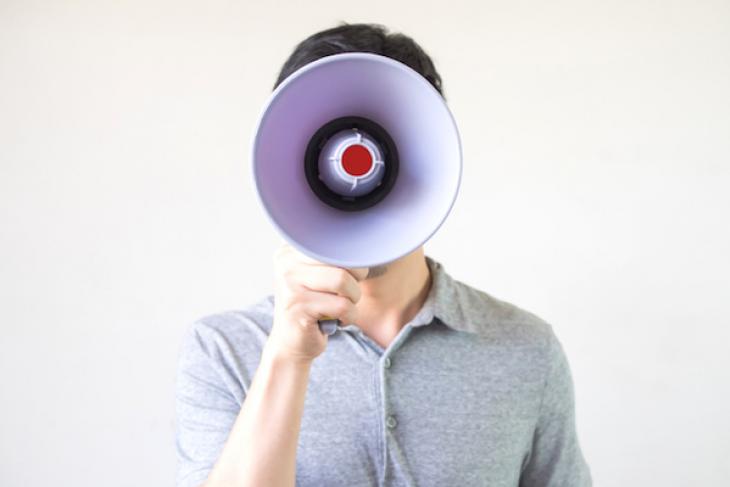 In 1970, the celebrated economist Albert O. Hirschman published Exit, Voice, and Loyalty. A few years ago, the Hoover Institution’s Williamson Evers explained its argument on the Education Next blog:

Hirschman discusses how individuals react when services they rely on deteriorate. The basic responses available to us are “exit” and “voice,” Hirschman points out, where exit means turning to a different provider or leaving the area, and voice means political participation.

We tend to think of these responses as stark alternatives. Hirschman, as a social scientist, wanted us to consider the interplay between them. Exit usually has lower costs than voice for the individual. With exit, you can avoid the long slog of politics and simply turn to someone else or move somewhere else.

But there is a limiting case: Exit can have high costs when individuals are loyal to institutions—thus the third component in Hirschman’s trio of exit, voice, and loyalty.

I’ve been thinking about exit, voice, and loyalty lately, and how they pertain to parents of school-age children, myself included.

Those of us in education reform have generally viewed parents as either choosers or helpers—in terms of exit or loyalty. Under the former rubric: If kids are stuck in failing or mediocre or “bad-fit” schools, we parents should be able to vote with our feet, “exit” the school, and go someplace else. That is the great promise of school choice—it gives parents real power and thus makes the needs of our kids a priority while providing beneficial competitive effects for everyone else.

Under the latter rubric comes the role of parents as loyal helpers in the work of school improvement and educational betterment. This is important to many educators and some reformers and is surely a form of “loyalty.” There’s “parental engagement,” i.e. getting parents to excel as their children’s first teacher, for example by reading to them every night. There’s helping them with their homework, etc. And then there’s parents helping to improve schools by raising money, volunteering at events, pushing public officials to make education funding a priority, and more. “Loyal” parents that we are, we generally comply.

But what about giving more parents greater “voice”—and heeding it? Has anyone sincerely tried that as part of a reform strategy? Some of us talk about “parent power,” but that mostly refers back to school choice, i.e., exit. There are an increasing number of grass-roots organizing efforts in ed reform, but again most of them, like those led by Innovate Public Schools, are about pushing for systemic change or more school choice options.

What about parents who are committed to staying in our chosen school—typically the traditional public school in our neighborhood—but want to help it get better? Is empowering parents to have a real say in the affairs of their kids’ schools a promising strategy for school improvement? On issues big and small, from smarter approaches, to “differentiating instruction” so advanced kids aren’t bored and struggling kids aren’t left behind, to figuring out how to make recess less Lord of the Flies, to working on getting youngsters more exercise and healthier school meals, and on and on?

Don’t parents already have a voice?

I suspect many people assume that’s already happening, especially in affluent schools. Don’t pushy, prosperous parents pressure principals all the time to fix this or that about their schools? Isn’t that what PTAs are all about?

That’s certainly what I assumed before I become a pushy and (somewhat) prosperous parent myself. But, now that I am, I’m just not seeing it. And, as I’ve asked around and looked for evidence, I don’t see many examples out there. (Maybe Parents for Public Schools comes closest.) PTAs appear to be almost entirely in “helper” mode; structures to meaningfully engage parents in school decisions are almost always lacking. And when parents do advocate to make change it’s usually on behalf of their own children—to get additional services, or a different teacher, or some accommodation. When it comes to improving the school, though, we have a collective action problem, and a balance of power problem. (The schools have all the power, and the parents have none.)

I see this in my own kids’ neighborhood public school. Not once in my five years at the school have I filled out a survey or been asked my opinion about how the school might get better. As far as I know, there’s not even a suggestion box. It’s hard to send a clearer message than that.

None of this surprises Tim Daly, founder of EdNavigator. “We don’t want to admit that schools have a different agenda from parents,” he told me. We parents may have ideas on how to improve the educational experience at our school; a principal has to worry about other things as well, including keeping supervisors happy and living within contractual obligations. “Parents are not always right. Parents are also not always wrong. It’s that schools and parents frequently don’t have the same interests.” And schools are not generally open, Daly said, to giving parents a role as “co-strategists.” After all, educators are the experts.

That’s all true, of course, but surely there’s no harm in asking parents for feedback, input, and suggestions. It’s not a crazy idea that parents’ views might have some value. Some states (including Maryland!) have even considered including the results from parent surveys in their school accountability systems. And parent comments are a key part of the popularity of the GreatSchools.org site. Furthermore, at a time when many reformers are accused of being outsiders and not in touch with “the community,” why not extend an olive branch and indicate that parents’ ideas and concerns are taken seriously?

The honest reason why not, of course, is because it could make the principal’s life more difficult. Parents might want changes that teachers resist or are legitimately beyond a school leaders’ control—especially in big, centralized, bureaucratized systems (hello, Montgomery County!) where most key decisions are made at the school board or central office levels. And we can’t assume that all parents are going to want the same changes—which might be why parents in traditional public schools are less satisfied with engagement efforts than those in charter and private ones.

In some parts of the country, parents haven’t waited to be asked for their input—they’ve grabbed their pitchforks and forced school or district leaders to pay them heed. Parent activist and blogger Erika Sanzi has seen several such efforts up close. “A small brave group is all it takes,” she says, “armed with data and information and examples of how they do things in places that excel. A group of informed parents that doesn't only talk about their own kids but is fiercely on the side of improving the school/district for ALL kids.” And if the principal doesn’t listen? “Committed parents can be very influential when it comes to replacing lousy leaders,” she argues, “because once you get a strong leader into place—and they hopefully build their own leadership team— things begin to improve.”

As inspirational as such parents and their stories are, they seem to be the rare exceptions. What we need is a strategy that can work at scale.

What might work to give parents a real voice in their schools? The most radical approach ever tried in the modern U.S.A. was probably Chicago’s experiment with “Local School Councils” in the early 90s. These councils, comprised of parents, community members, and educators, were given real power over the day-to-day affairs of their schools, even including the selection and oversight of the principal. This didn’t go well in some low-income communities, where it was harder to develop a coherent plan for school improvement, and where cronyism combined with racial politics stymied efforts to make real change. But in more affluent parts of the city there was some evidence of meaningful progress, both in terms of student learning and in community buy-in.

Those local school councils have been stripped of much of their power, but some charter schools and private schools still put parents on their boards, which is an avenue for parent voice and engagement. Another alternative is via parental advisory committees. Take the Namaste Charter School, also in Chicago. Maureen Kelleher, another Education Post blogger, told me about her experience with its “bilingual advisory committee,” launched by the teacher who leads the school’s dual-language immersion program. In Kelleher’s words:

It quickly became the most visible and active parent-school connection, building community, designing meetings where teachers went in deep with parents about the instruction taking place. We had a great session where teachers shared classroom video and led mini-exercises so parents could get a real feel for how dual-language was working in the classrooms. We also became a place where parents could get questions answered about much more than just the dual-language program.

Perhaps most importantly, our council became a go-to for recruiting parents to help with the most recent principal search. We also went to the board to talk about the principal search and the need to find and keep a strong school leader. I think we have her now—and she continues to rely on us.

Another example comes from KIPP Comienza Community Prep in Los Angeles. That schools’ Family Leadership Council “meets regularly with school leadership to represent the voice and needs of parents.” They set goals together, collaborate on developing a strategy to meet them, and team up when it’s necessary to advocate for the school and its students.

I’m a long way from L.A., but a Family Leadership Council sounds great to this suburban public school dad. Maybe it could be connected to the PTA, or maybe it would work better independently. The creation of such councils would probably need to be mandated by local school boards, at least in the district sector. But it strikes me that this is the sort of civil society invention needed in every public, private, and charter school in America.

Parents are an untapped resource for reform. It’s time to give them—to give us—a voice.